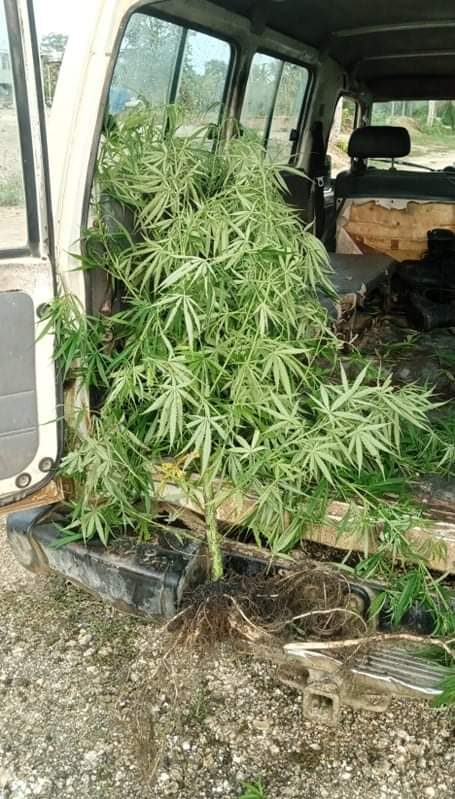 As part of the community engagement at a church program at Tiabamagu in Renbel Province, the officers of the Royal Solomon Island Police Force (RSIPF) have uprooted plants of marijuana on 12 October 2021.

Supervising Provincial Police Commander (PPC) Renbel Province Senior Sergeant (SSgt) Eddie Peseika says, “During police engagement at the area of the SDA Dorcas federation where the church program was held police were able to uproot marijuana plants when officers engaged with the community.”

PPC Peseika says, “When events occur in any location police access to or have knowledge about security of the community must be well handled. We do not know when problems may arise that may risk the life of a person.”

SSgt Peseika says, “Apart from security, police have to check on some suspicious location they were informed about to make sure proof can be revealed as a result marijuana was uprooted close to the location where the event happened.”

Mr Peseika says, “The public has raised criticism during the community engagement and some raised some negative comments about police work.   I must make it very clear here that this is a normal policing duties and we have attended to requests from different denominations for security purposes. Police experienced in the past occasions that in such an event there were some disturbances used to happen and we do not want the same to be repeated, so we are making sure police presence is visible and must be maintained.”