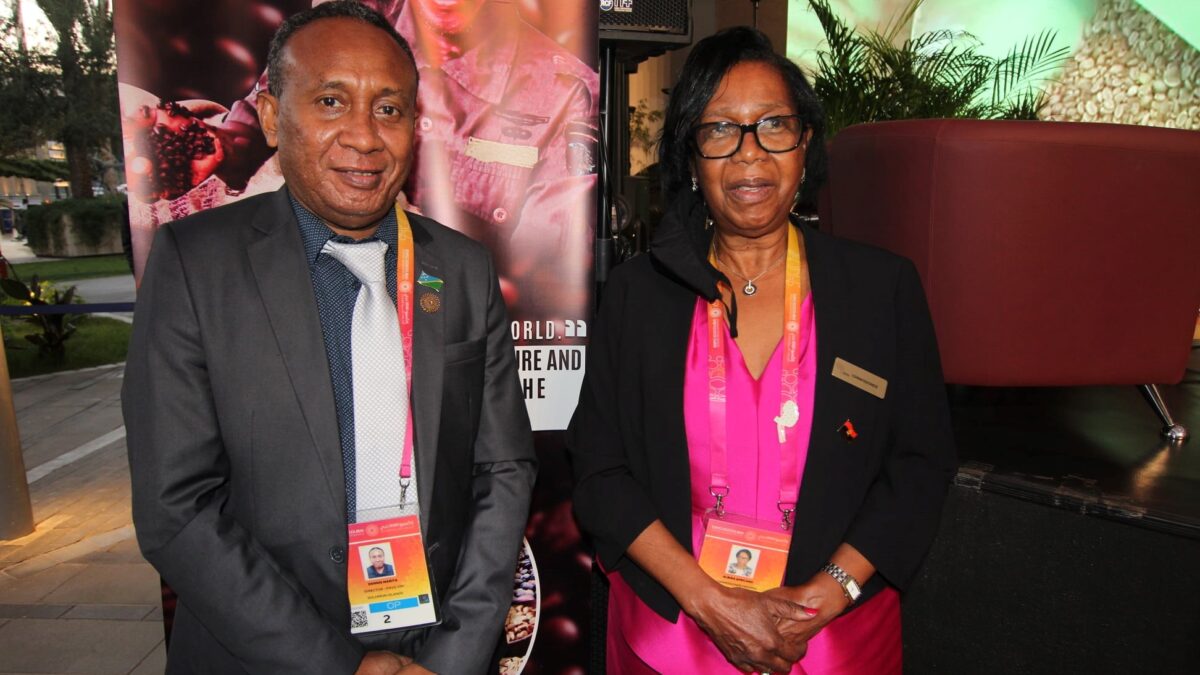 Dennis Marita with an Angolan official in Dubai

Coffee is one of Angola’s largest agricultural products. Whilst under Portuguese rule in 1575, Angola was the third-largest producer of coffee in the world.

With the theme titled ‘From Angola to the World’, various speakers were invited to make presentations on areas of production, and current trends in global marketing.

The opening address was delivered by Commissioner- General of the Pavilion of the Republic of Angola, Madam Albina Assis Africano who spoke on the on-going challenges faced by Angola in the many years followed by a presentation on the history of Coffee growing in Angola by Samuel Aleluia Chinga and concluded by a presentation on Tech-fin Innovation to re-define Angola international by Ms Noha Jaheen of Click Media UAE.

DCG Marita said that many lessons could be learn’t from the history of the Coffee industry in Angola and that there were successful models that could be replicated in the Solomon Islands provided that the right mechanisms and national support were in place.

“Having attended today’s forum has certainly provided me with some innovative ways on how the Solomon Islands Coffee industry can be resurrected in order to meet global industry standards”.

Solomon Islands Imports of Coffee, tea, mate and spices was US$4.53 Million during 2018, according to the United Nations COMTRADE database on international trade.