The Royal Solomon Island Police (RSIPF) has received riot equipment’s worth of SBD 12 million plus dollars from the People’s Republic of China during a handing over ceremony at Rove Police Headquarter today 24 February 2021.

During the Ceremony, RSIPF Commissioner Mr. Mostyn says, “That the riot equipment that was handed over this morning, and any future projects and assistance from your government would be used to its intended purposes.”

Commissioner Mangau says, “I hope that we will be moving towards signing of a Memorandum of Understanding (MOU) agreement in the near future. The RSIPF will continue to pursue a formal relationship between the Police to strengthen cooperation. RSIPF is looking forward to working with the Police Liaison team in delivering training programs in the days to come.”

“We will exchange with RSIPF in different fields and various levels, learn from each other, and support each other. We will fully help RSIPF to improve operational capability, to keep peace and security, to protect citizens of different countries including Chinese citizens in Solomon Islands. We also are planning to extend communication and cooperation with RSIPF, to establish long-term and stable bilateral law enforcement cooperation serving the people of both countries,” says Commissioner Guanhbao.

Minister of Police, National Security and Correctional Service (MPNSCS) Honourable Anthony Veke says, “I wish to take this opportunity to openly convey our heartfelt thank you and appreciation to the Government of the People’s Republic of China (PRC) for your continuous support.

Honourable Veke says, “We are here again to witness the continuous support by the Government of the People’s Republic of China to Solomon Islands. And for the RSIPF this support is deeply appreciated and is received wholeheartedly.

Minister Veke says, “Despite the onslaught of COVID-19 and its rapid community transmission, the mandate to maintain law and order remains a priority for the RSIPF. Moreover, the RSIPF, though limited in capacity, will continue to deliver on those duties. Therefore, any support to help is accepted with deep gratitude.” 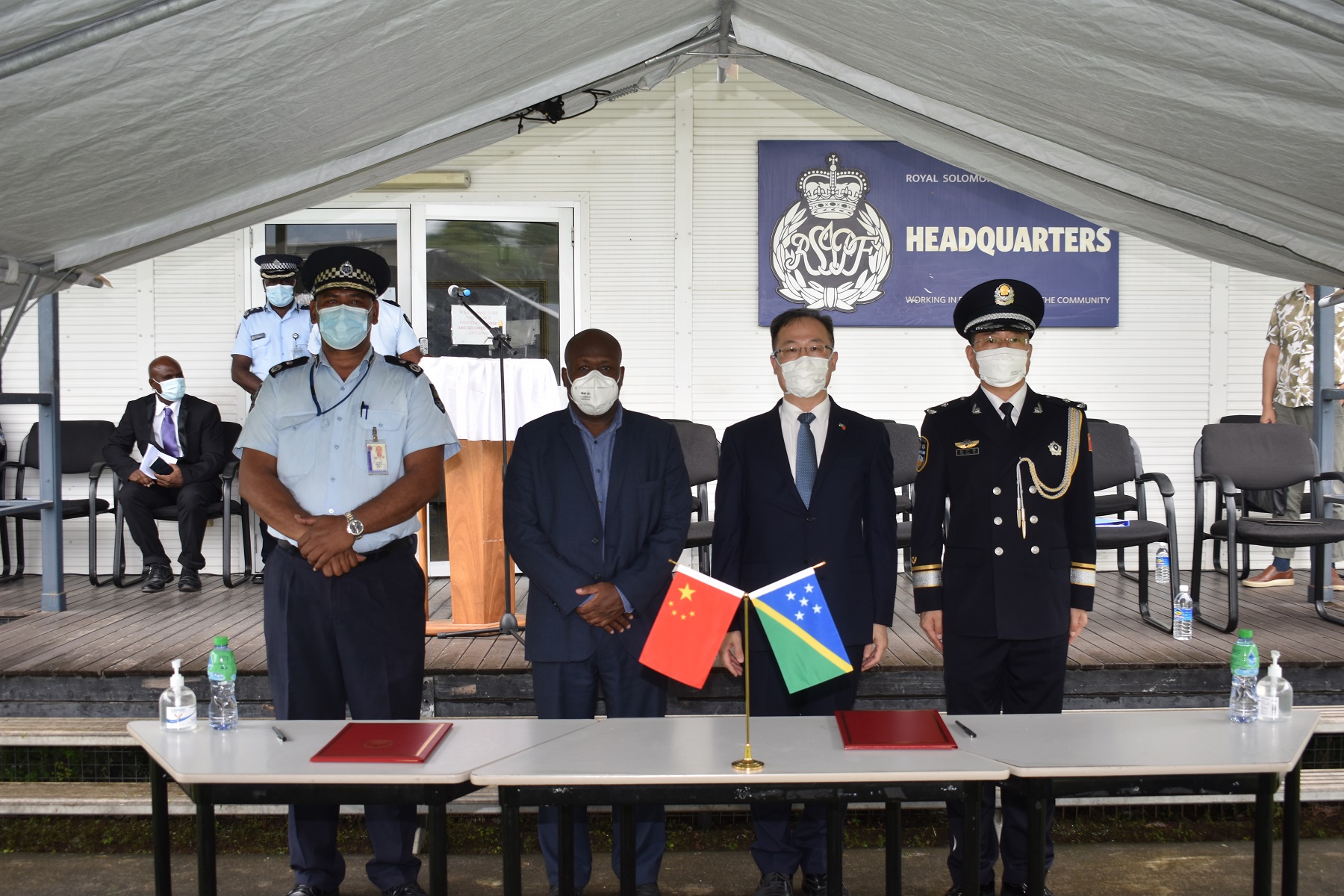 A group photo during the program 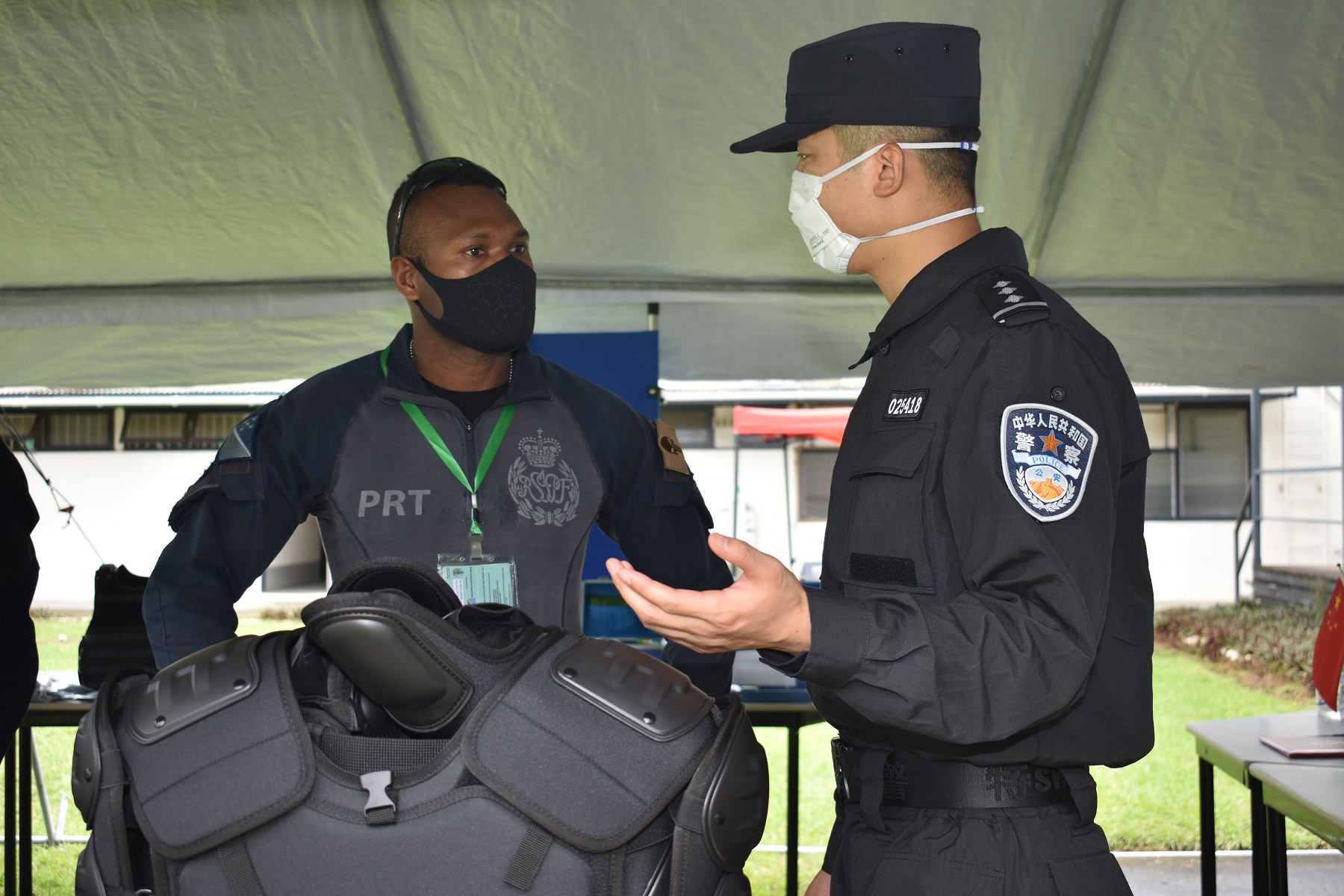 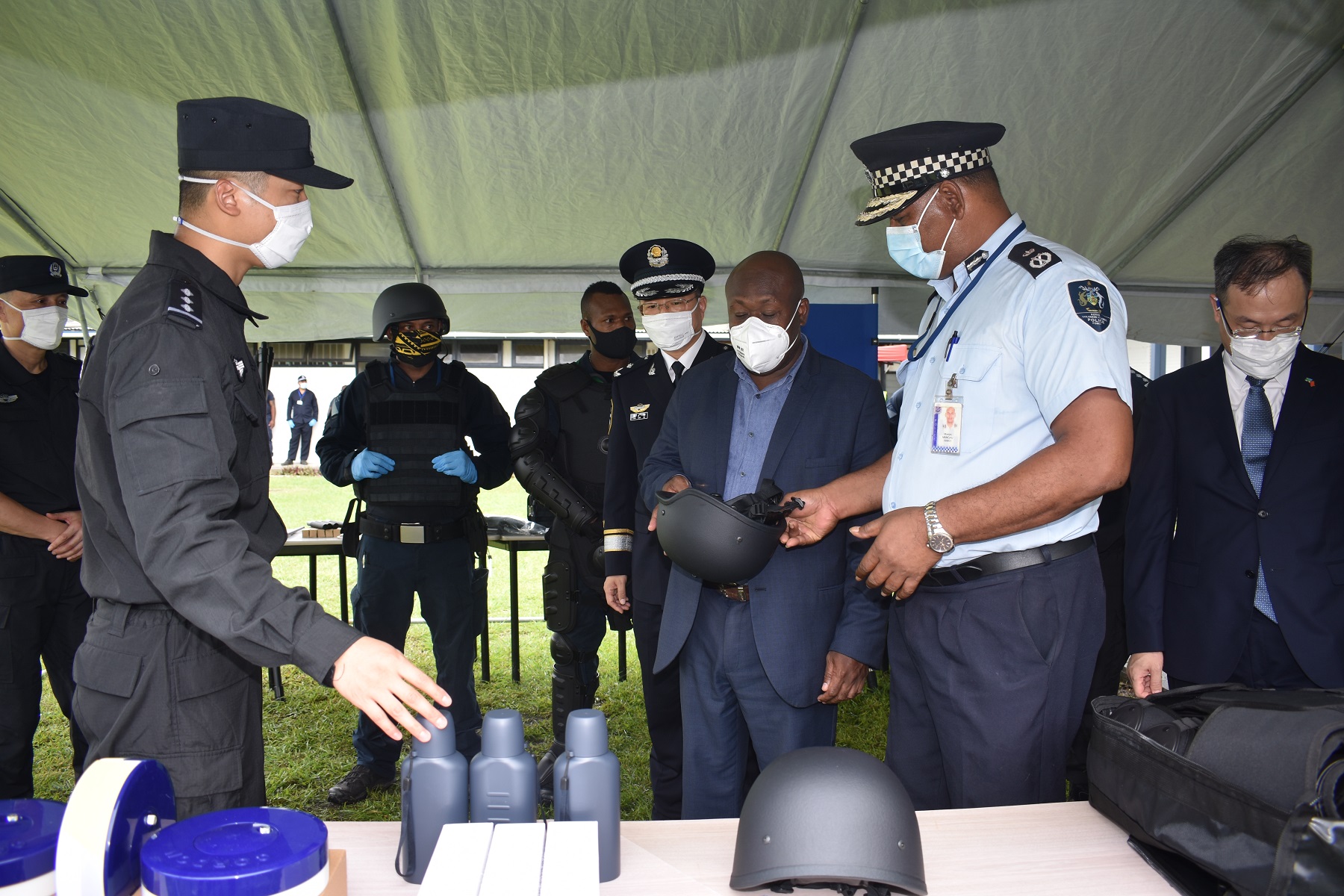