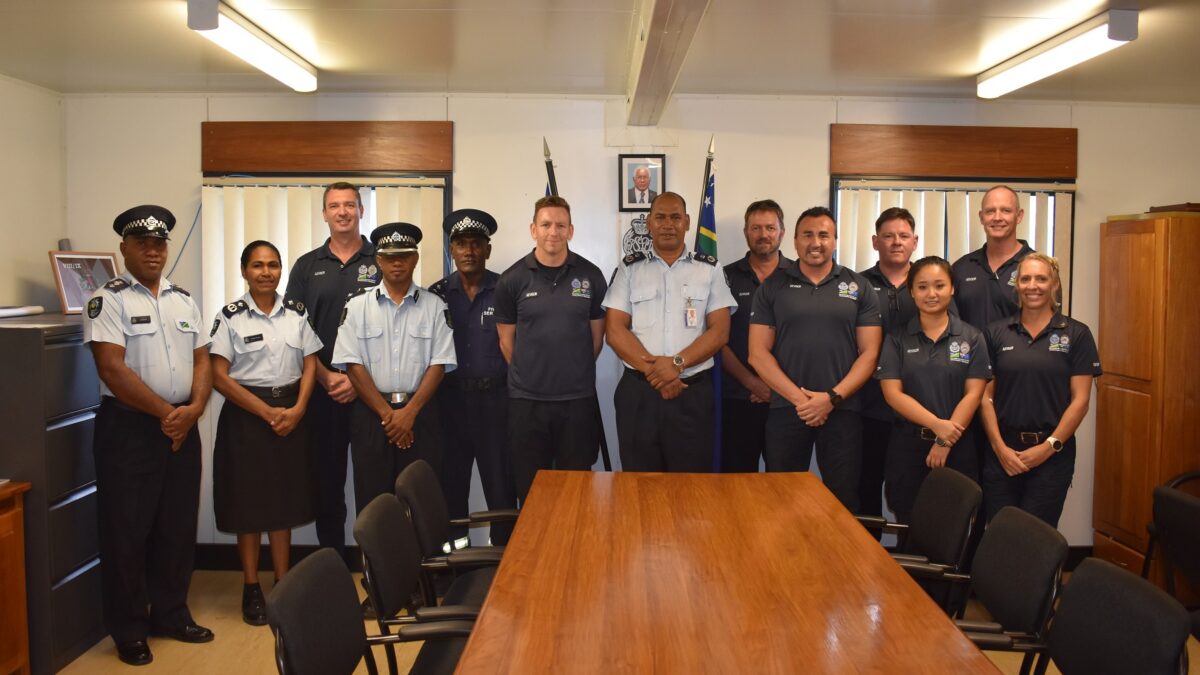 RSIPF Executive , SIPDP Commander and advisors during the farewell

RSIPF Commissioner Mostyn Mangau acknowledged and greatly appreciate the service rendered by SIPDP advisor Chubb during his one year in Solomon Islands.

“On behalf of all ranks and files of the RSIPF I wish to acknowledge the contribution that you have made to the RSIPF Fire and Rescue Services and the other departments you have been attached with during your time as SIPDP advisor,” said Commissioner Mangau.

“Commissioner Mangau says, “Your contribution to capacity development within the RSIPF during your service is highly commended.”

Advisor Nick Chubb, in his brief farewell remarks says, “Thank you Commissioner, RSIPF and SIPDP Executive for this wonderful opportunity over the past twelve months. Working with the members of the RSIPF has been extremely rewarding experience for me. I love Solomon Islands and its’ people and hoping to return one day.”

SIPDP advisor Chubb was presented with a letter of appreciation, an International Law Enforcement Cooperation Medal and an RSIPF plaque. 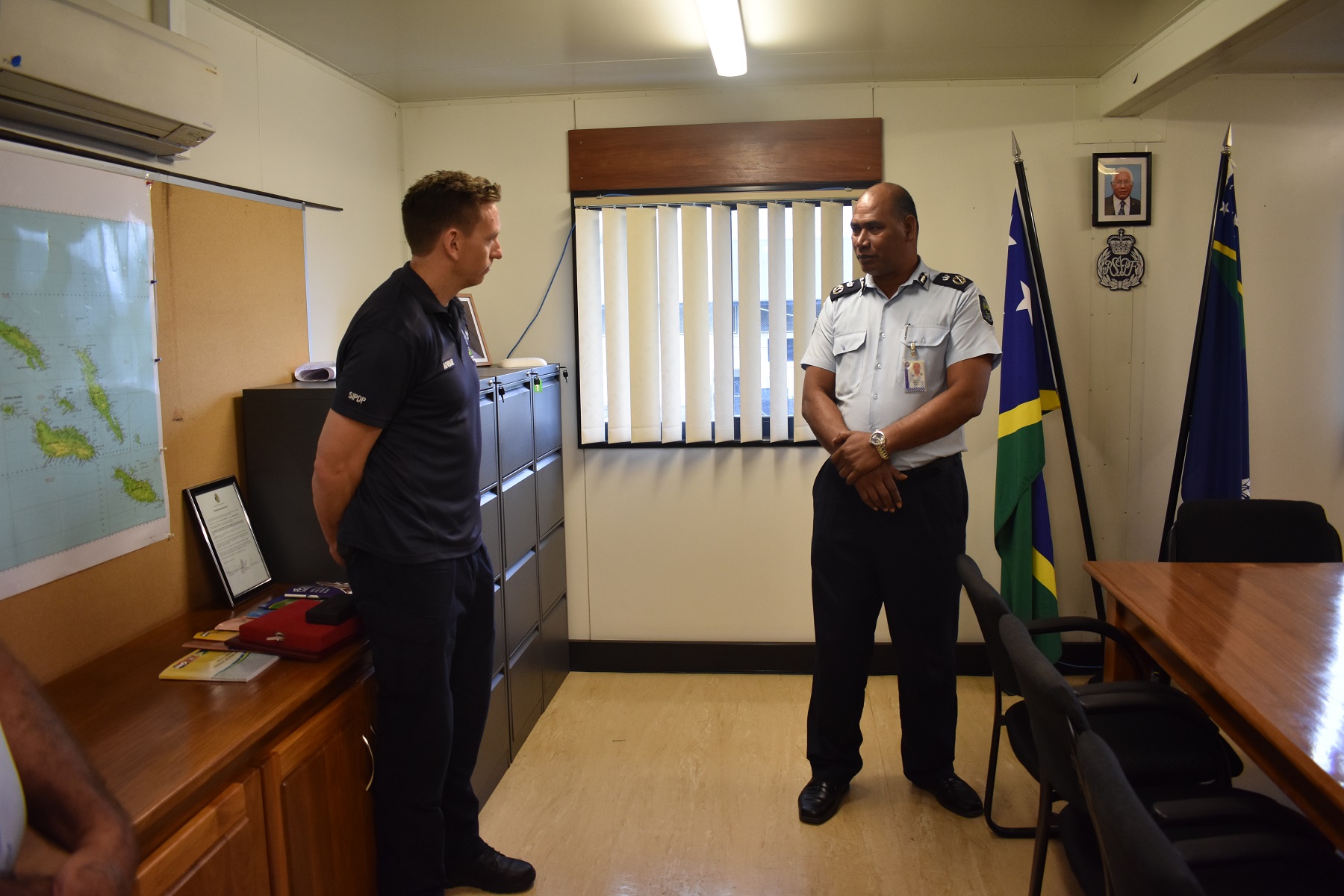 Commissioner Mangau thank advisor Chubb for his support to the RSIPF 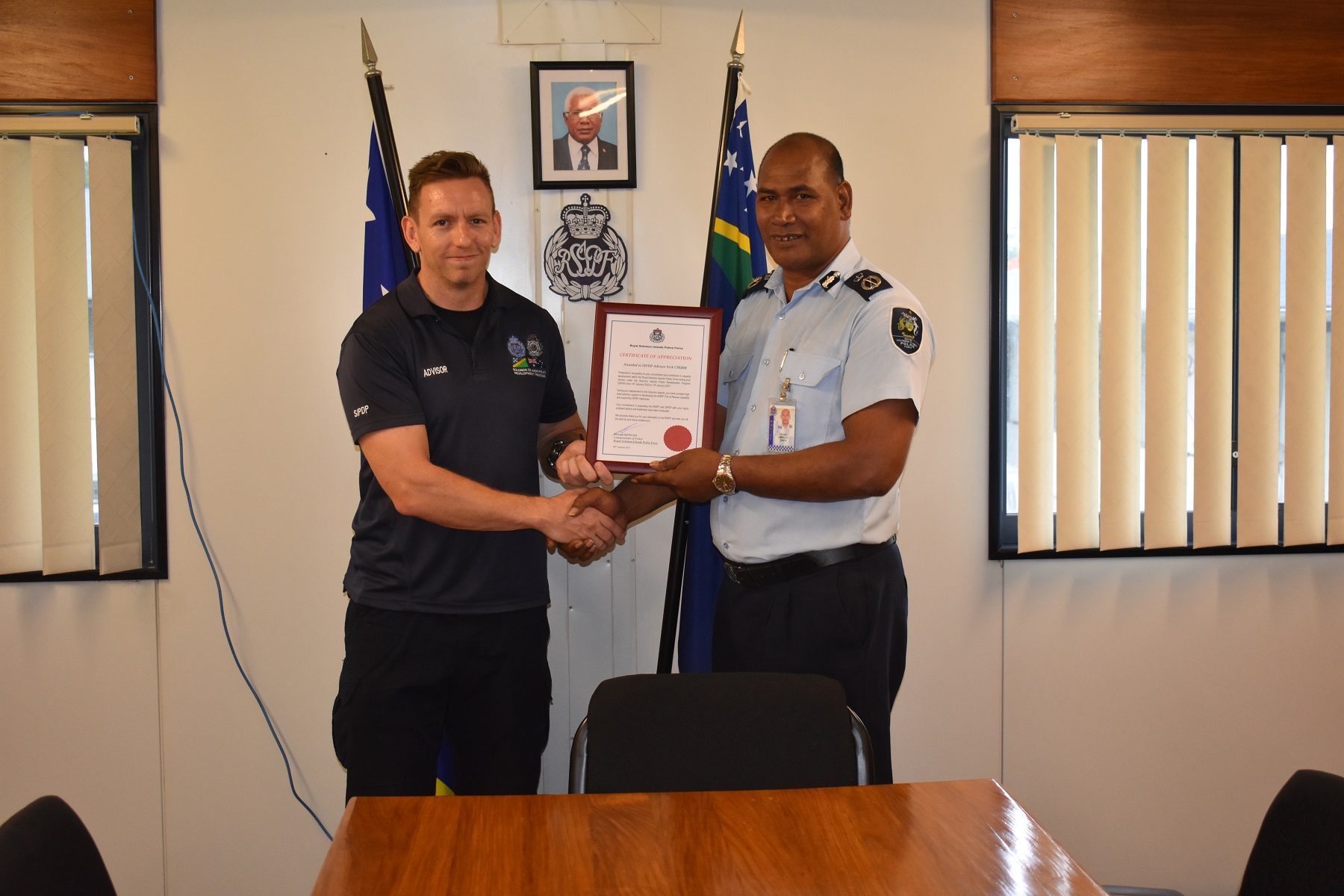 Commissioner Mangau presenting a letter of appreciation to advisor Chubb 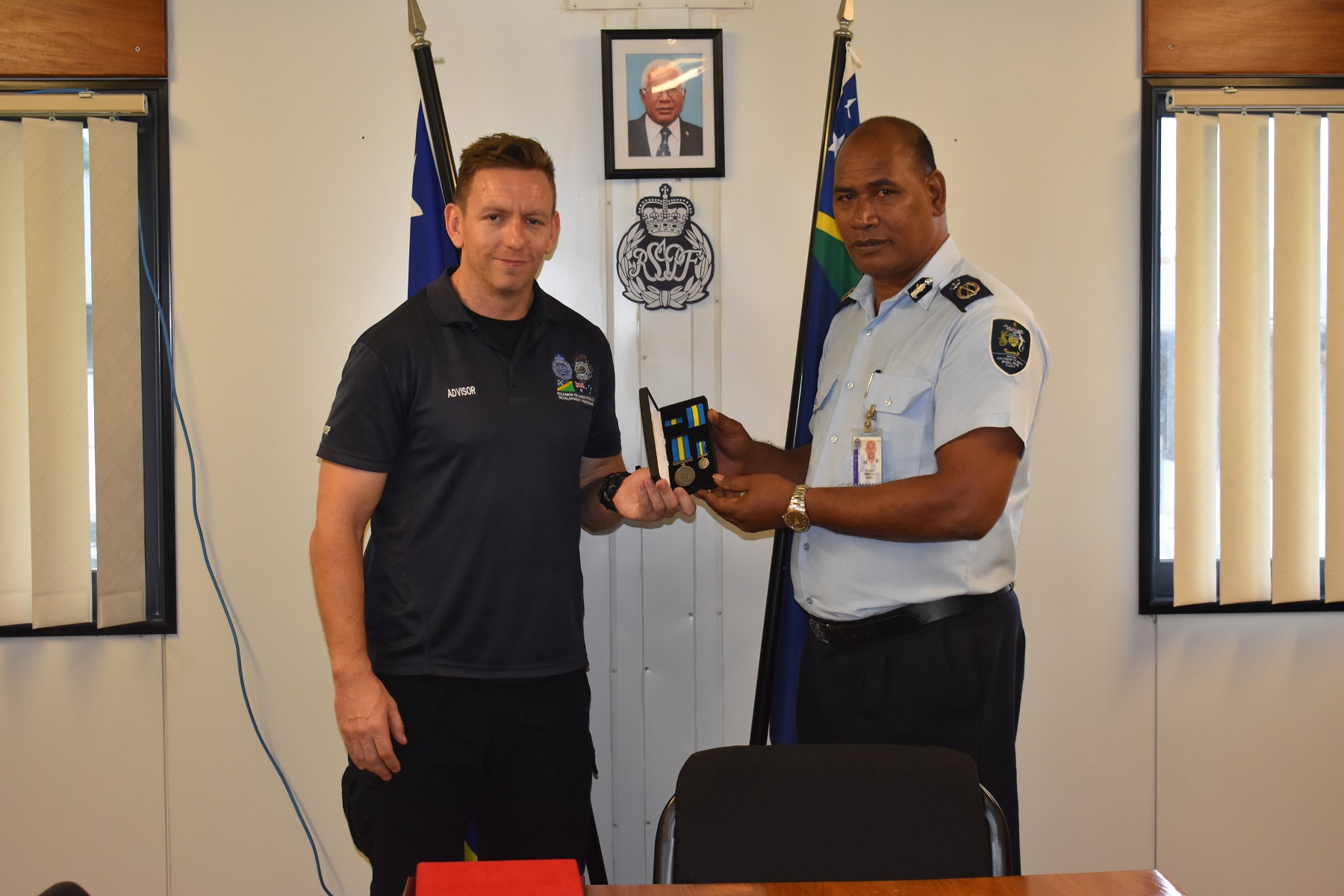