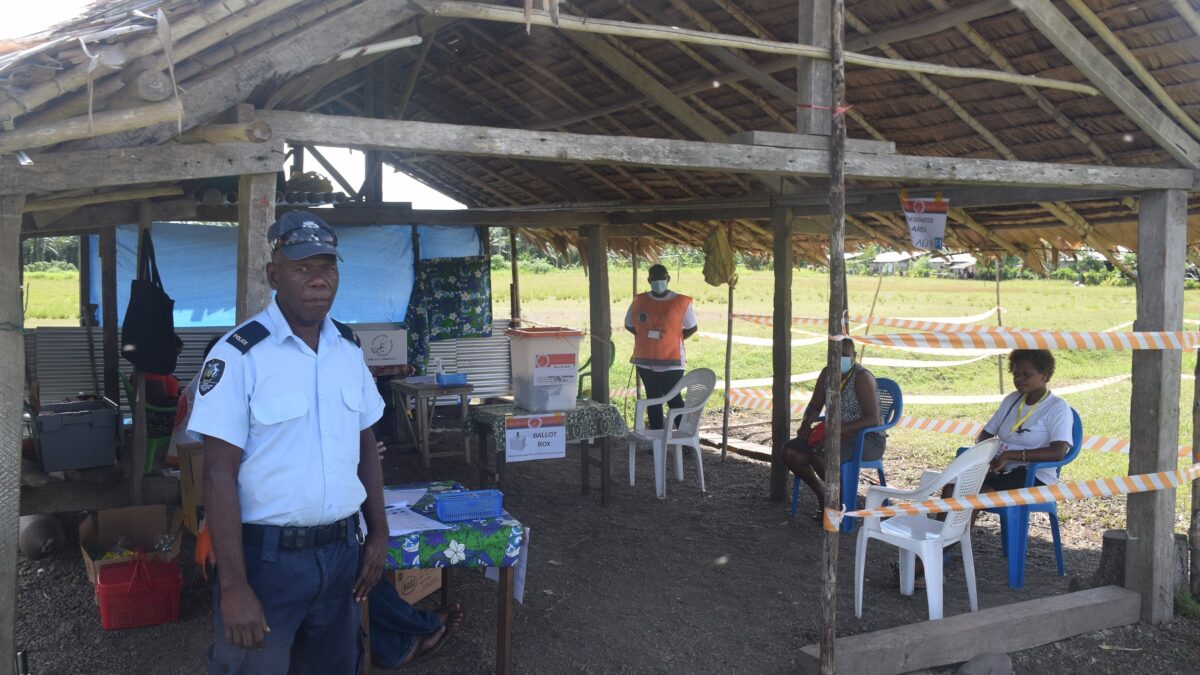 The Royal Solomon Islands Police Force (RSIPF) commends the registered voters in the North East Guadalcanal  and Central Honiara constituencies for the good behaviour displayed during the by-election today (18 November 2020).

Operation Commander for the RSIPF By-Election 2020 Operation Assistant Commissioner, Simpson Pogeava says, “I am happy that the by-election went peacefully in both constituencies today. It is good to see many people took the opportunity to exercise their democratic right and cast their votes for the candidate they want to represent them in our National Parliament”

“The fact that people moved around freely and the high turnout of voters at a lot of the polling stations is a clear sign that people felt safe and secure. This is a clear expression of the confidence that our people have in our police – the RSIPF.

Komuvatha Chief in the North East Guadalcanal Constituency Nicholas Buto confirms, “I am here early in the morning to cast my vote and I see police officers already at the polling booth with electoral officials. There is no security issue to disturb the voting process since this morning. Our people continue to move freely and cast their votes. I appreciate the police presence here at the Komuvatha polling booth.”

Assistant Commissioner Pogeava adds, “Police are there to ensure a free and fair election, public safety and to maintain law and order during the by-election.”

“The Police Operation will continue after the polling ends at 5 pm this afternoon with officers escorting all the ballot boxes from the polling stations to the Rove Police Headquarters, providing security for the boxes overnight as well as during the counting of the ballot papers which will be held at Rove,” AC Pogeava explains.

“RSIPF calls on all the candidates, their supporters and voters to respect the outcome of the by-election and not to take the law into their own hands.  Our officers are on standby should any public order management incident arises with the announcement of the results.”

“The Honiara City is under the State of Public Emergency and so any large public celebrations by the winning candidates in both constituencies including vehicle floats on the roads will not be allowed. RSIPF Traffic officers will be out on the streets to ensure vehicles and pedestrians are not disturbed unnecessarily.”

“Let us show the Pacific region and the world at large that the people of Solomon Islands  respect the democratic processes under our Constitution and we respect law and order despite the situation the country is going through with the COVID-19 pandemic,” says AC Pogeava.

The RSIPF By-Election 2020 Operation will continue with high visibility patrols until after the by-election results have been announced and confirmed.