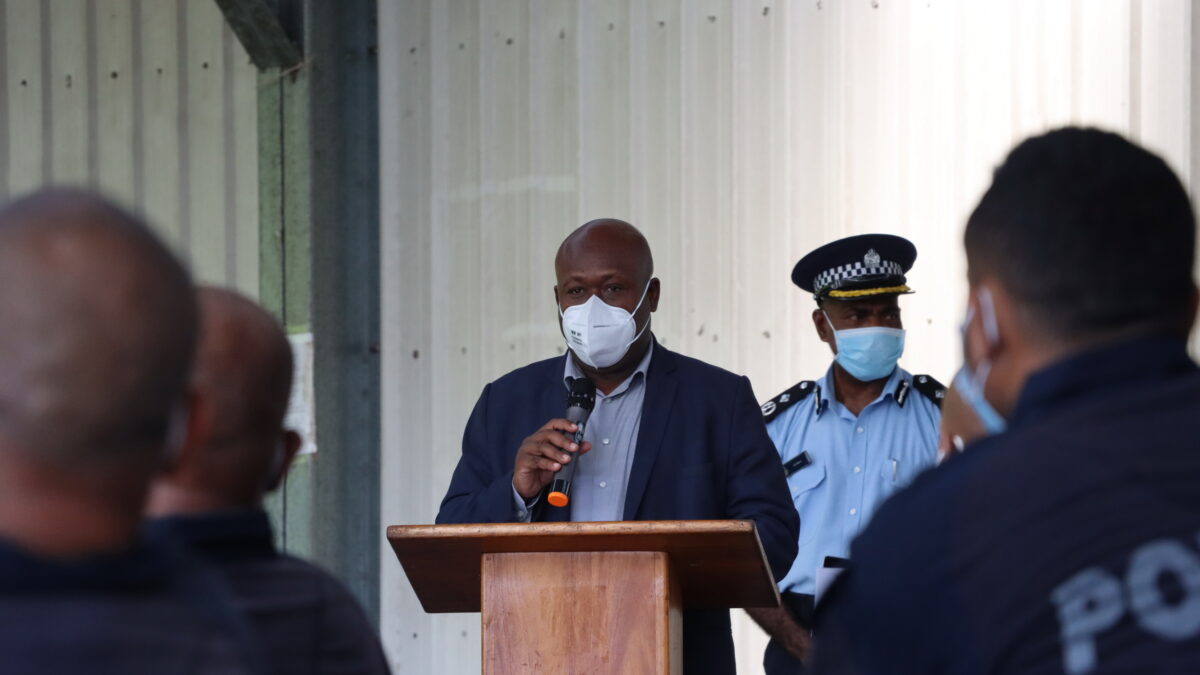 The training launched is in line with the government policy and commitment of ensuring that the Royal Solomon Island Police Force (RSIPF) capabilities and capacities must continue to be developed and modernised.

Honourable Minister Veke says, “Today’s event is very significant as it marks the official commencement of these training for the RSIPF, not only for Honiara based officers but for provincial police officers as well.”

Mr Veke says, “I would like to express on behalf of the Solomon Island Government, our sincere appreciation to the Government of PRC for your generous support and assistance to police development. We are extremely pleased to have your team on board.”

He says, “RSIPF officers who will be commencing the training to be prepared to be challenged, excited and inspired. I strongly encourage you all to become actively engaged in the various training sessions and discussions for the preservation of law and order, peace and security of our beloved country.”

“I further urge you to utilise your training to be better equipped to prevent security issues escalating but rather be the main actors in the process of change for solutions to the various policing challenges,” says Minister Veke.

During the official launching PRC Ambassador to Solomon Islands His Excellency Mr. Li Ming says, “The mission of police cooperation between China and Solomon Islands is conducive to the two countries and the region. I firmly believe that through their training and experience sharing, the capability of RSIPF officers are bound to be greatly enhanced.”

Ambassador Li Ming says, “Based on equality and sovereignty, the Police Liaison Team will work closely with the RSIPF in the spirit of professionalism, high-efficiency, friendship and inclusiveness, transparency and goodwill. Police-to-police cooperation between China and Solomon Islands does not conflict with other countries and actually adds to collaboration with other countries.”

During the launching, Commissioner Third Class Zhang Guangbao, Leader of the Liaison Team said according to the timetable, the training comprises six batches, including two batches of equipment familiarization training, two batches of public order management training and two batches of Close Personal Protection (CPP) training. At the end of the training, there will be an intensive demonstration.”

Commissioner Mr. Guangbao said the training program would last about two and a half months. The officers joining the training are mainly instructors from the Police Response Team (PRT), Central Response Unit (CRU), Guadalcanal Provincial Response Unit (PRU) and CPP. They all have a good foundation and I am sure they will actively engage in it. I believe that through the training and exchange, RSIPF technical skills and tactics, operational capability and cooperation will be improved obviously.”