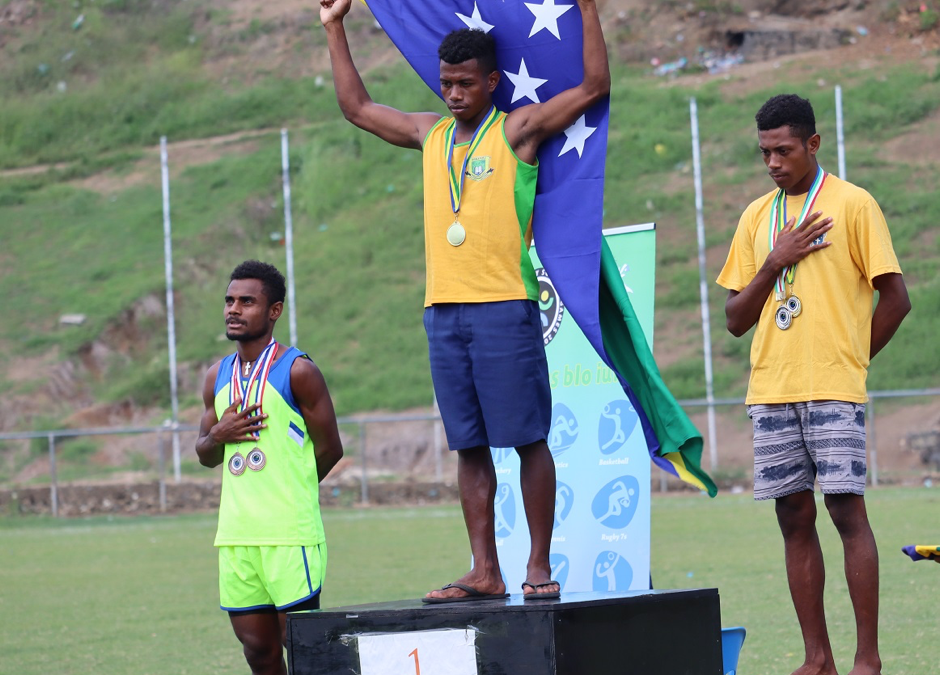 Student Athletes at a medal presentation ceremony this week

Prime Minister, Hon. Manasseh Sogavare will celebrate the 43rd Independence Anniversary with over 3000 school athletes from around the country on Wednesday 7 July at Lawson Tama Stadium.

Despite the cancellation of the usual Official Parade this year, the Prime Minister together with the Governor General, Sir David Vunagi will attend the finals and closing ceremony of the 2021 National Secondary School Games on Independence Day.

Mr. Sogavare officially opened the Games on June 28 and he is scheduled to crown the winning school of the inaugural 2021 Games with the Prime Minister’s Shield at the closing ceremony.

The Games have attracted participation from 40 schools around the country with more than 3000 thousand athletes competing in various games including track and field events as well as team sports.

The Organizing Committee has decided to name the overall shield after the Prime Minister to honour his vision and political support to host the games on our shores in 2023.

The closing of the School Games on 7 July is a celebration of sports and the country’s 43rd Independence Anniversary.