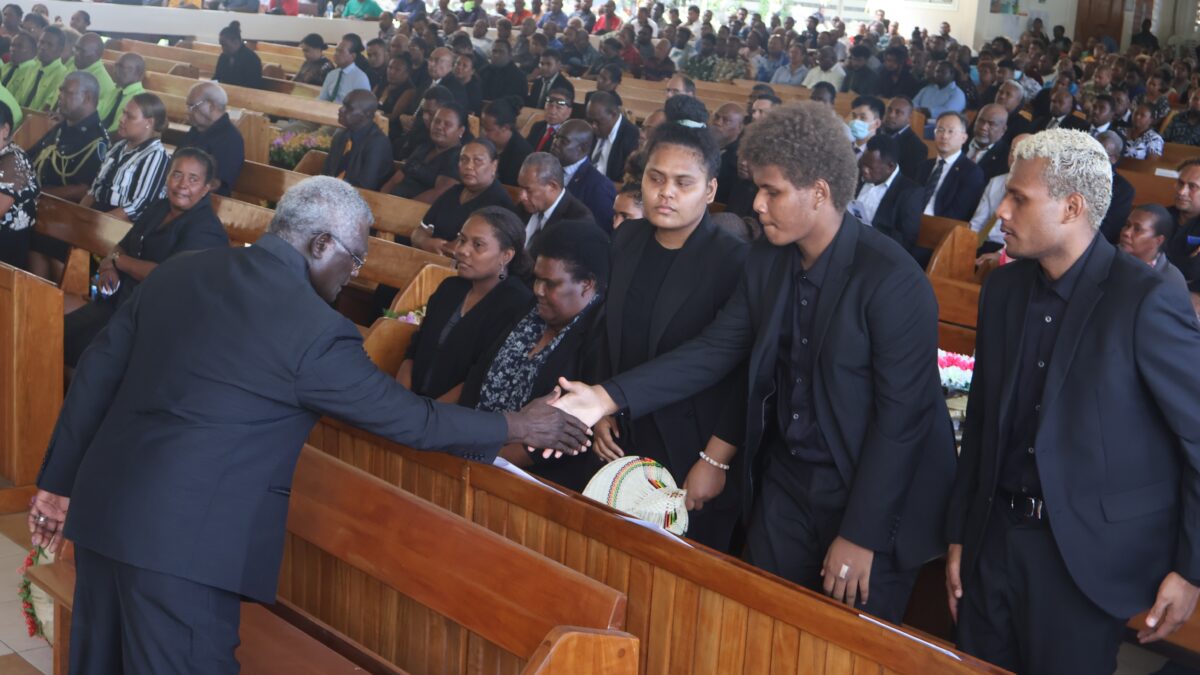 Addressing distinguished guests and especially immediate family members, relatives and friends of the late Ambassador Fugui during this morning’s funeral Service at St. Barnabas Cathedral, Prime Minister Sogavare described the late ambassador as a trustworthy person…….”who touched many lives, lived and work for many lives and built and shaped many lives.”

He was appointed as the First Solomon Islands Ambassador to the People’s Republic of China in which he served from early 2021 until his passing on the 22nd of December 2022. 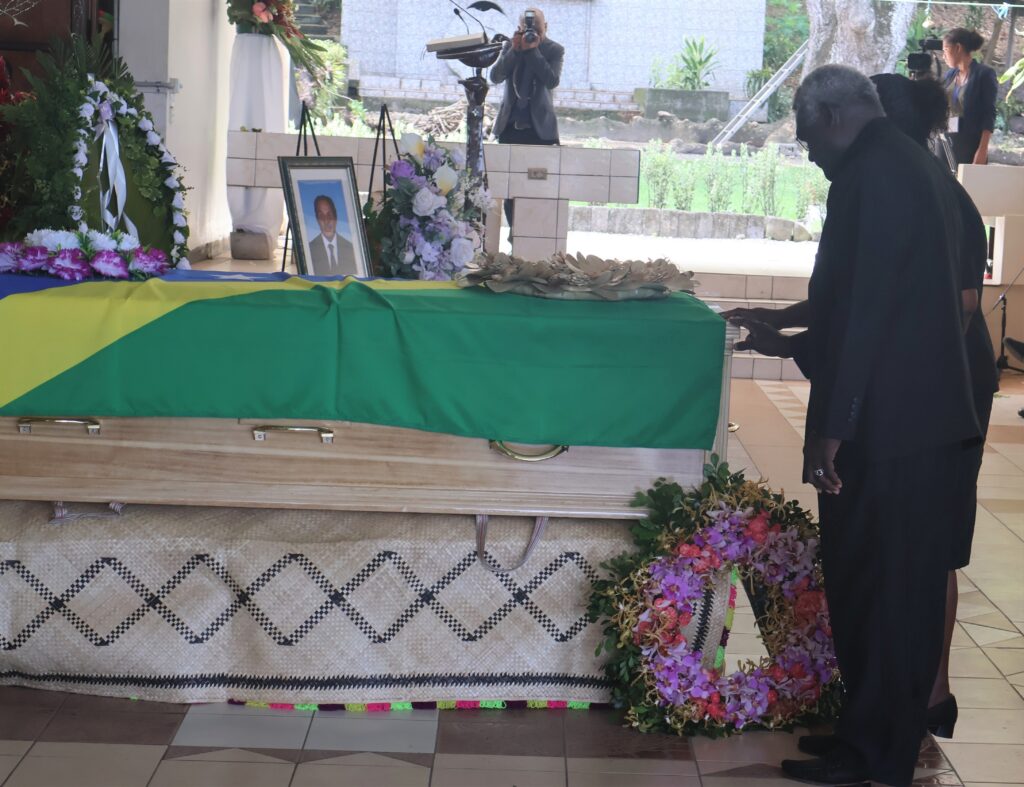 The Prime Minister said, the late Ambassador was very instrumental through the work of the Special Task Force, established by Cabinet that guide the Government in making the decision that placed the country in the right side of History in 2019.

“That decision will go down in the history of this country as the most important decision that Solomon Islands has ever made,” highlighted the Prime Minister.

The late Ambassador also served as a member of Parliament from 2010-2020. During his three terms, he held the positions of Minister of Education and Human Resources Development, Minister of Public Service, and Minister of Environment, Conservation, Climate Change, Meteorology and Disaster Management, and Deputy Speaker of Parliament.

Prior to coming into Parliament, Ambassador Fugui served as a Political Advisor, Senior Policy Analyst and Secretary to the Government Caucus at the Office of the Prime Minister and Cabinet.

Ambassador Fugui is one of our country’s most qualified leader.

Late Ambassador Fugui was a strong believer in our customs, cultural values and tradition, and he wore these on his sleeves.

The Prime Minister on behalf of the government respectfully thank his family, relatives, and tribal members for raising a great man, from a traditional village boy who admires the importance of education, to a principled leader, who took on the challenges of our times, and stretch his effort in life to contribute back to our country’s development.

Prime Minister Sogavare also recognize and register the government’s heartfelt appreciation and gratitude to Madam Jennifer Fugui and children who have stood firm and supported the late Ambassador Fugui throughout his service to the country.

We must honour late Ambassador Fugui….”by building on the noble legacy that he has laid before us,” the Prime Minister emphasised.

The late Ambassador Fugui was laid to rest at his family private area at Tasahe B this afternoon.