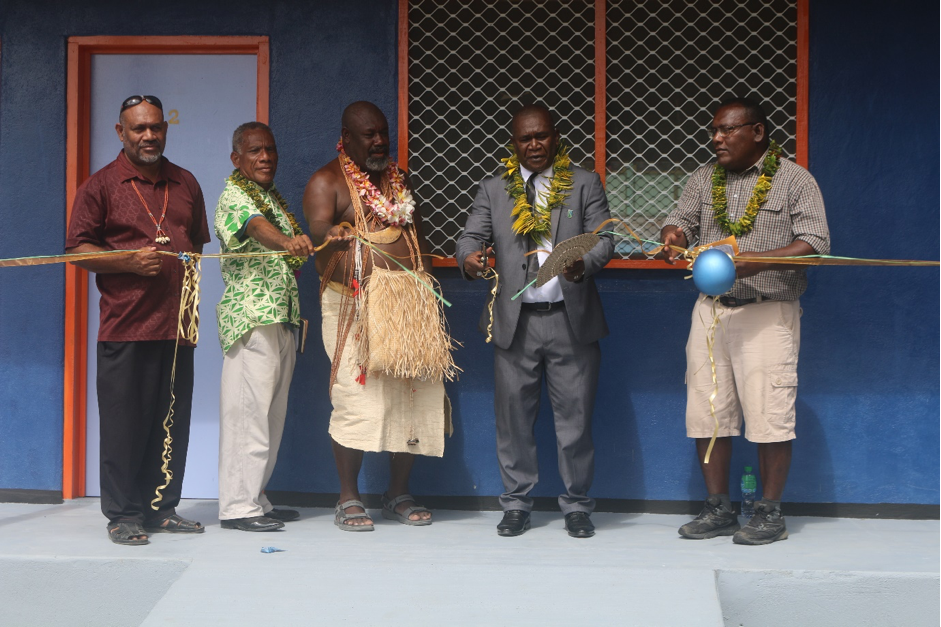 Minister Seleso was the Guest of Honour for the occasion of GP 38th Second Appointed Day Anniversary Celebration thus the GP Organising Committee and Tenaru School Organisation Committee both decided to seize the opportunity when he was going to be there to do the Official Handing Over of the new Two Storey Boys Dormitory. 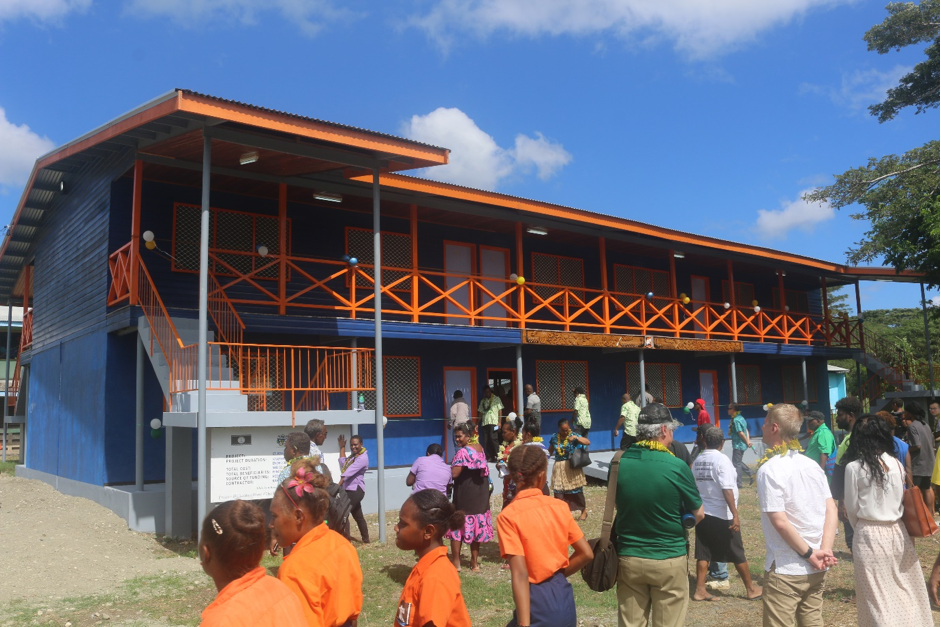 “As the Minister responsible for the MPGIS, I have the honour to now declare this building open”, declared Minister Seleso and cut asunder the thin nylon signifying permission for occupation of the new dorm. The aftermath of the deed was reverberations of cheers and applauds by guests and students.

Speaking earlier in response to remarks made by PS for MPGIS who spoke on behalf of the Minister and the MPGIS, Premier for Guadalcanal Province Hon, Francis Sade (MPA) acknowledged the presence of the Minister for MPGIS, the PS and staff of the Ministry. Extending his thanks to the National Government for providing financial resources to the PCDF, he stated, “Hon. Minister, PS, ladies and gentlemen, this building that we are witnessing its handing over today, is one amongst many projects that GP has implemented. GP as an agent of the National Government through the MPGIS is a proud partner in the implementation of PCDF projects in this regard”. 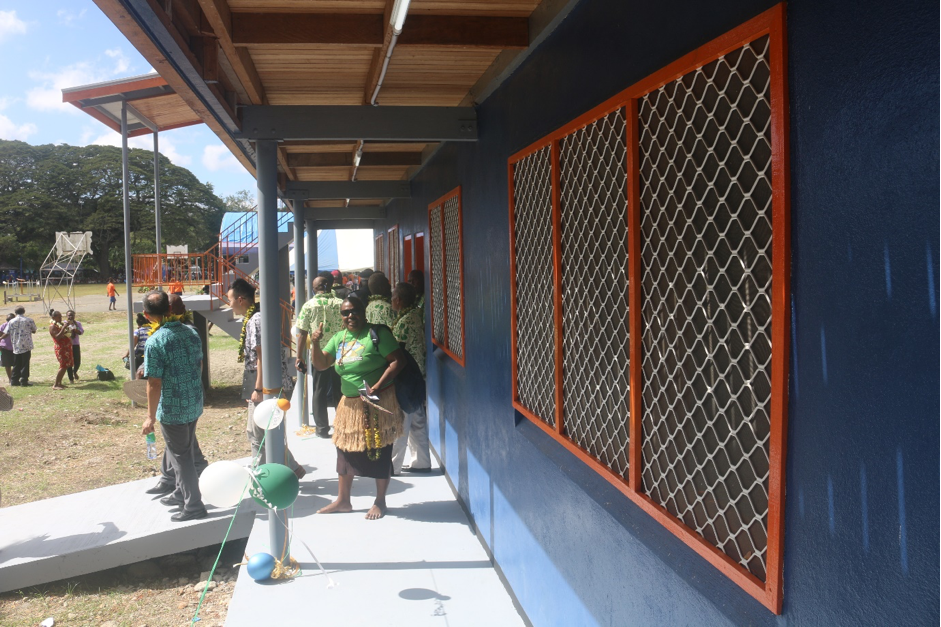 Some of the guests after inspecting the new dormitory

The small handover was attended by the Hon. Premier for Guadalcanal Province Hon. Francis Sade, Executive Members of GP, Provincial Secretary for GP and staff, Invited Guests of the GPG 38th Second Appointed Day Anniversary Celebration, staff and families of St. Joseph Tenaru students, and ordinary members of the public who turned up to be part of GP’s 38th Anniversary Celebrations.

The short program was officiated by the PS for MPGIS Mr. Stanley Dick Pirione who spoke on behalf of the Minister and the Ministry. PS Pirione informed the GP Premier, GP Executive and GP Officials that the Ministry is honoured to be part of the handing over ceremony that is part of the overall celebrations marking the Province’s 38th Second Appointed Day Anniversary. 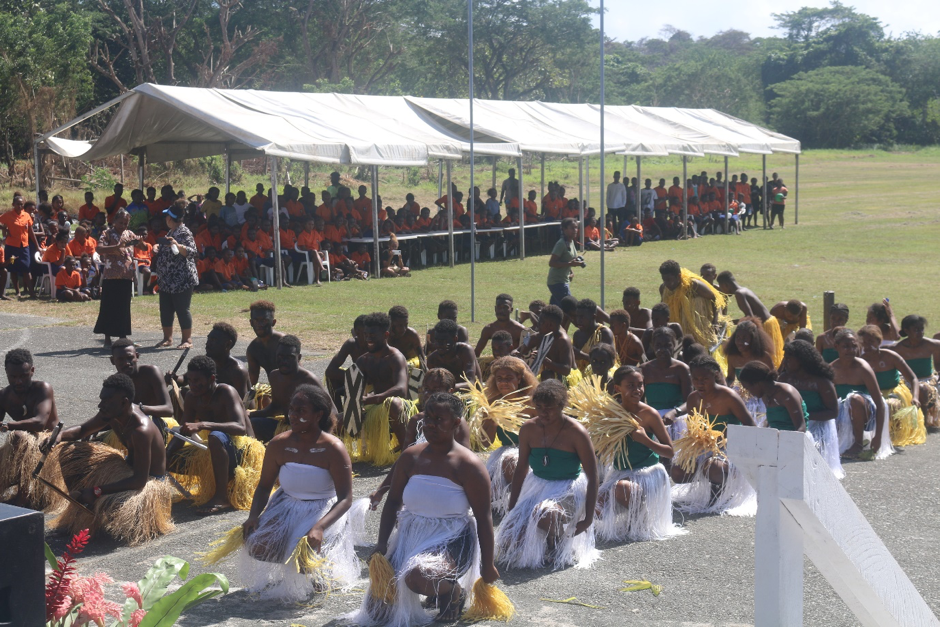 He expressed sincere appreciation to the National Government for its support to the MPGIS in maintaining PCDF citing that quite a number of rural communities not only on Guadalcanal but in other Provinces as well are now either directly or indirectly benefitting from this important programme of the National Government through PCDF. He conveyed similar appreciations to the GP Premier and GP, particularly the MPA for Malango Ward, Hon. Keith Amosaea for making the project possible for Tenaru school.

Guadalcanal Province had delivered 69 solid projects since 2008/9 – 2021 at a total cost of SBD33.7m creating 1,215 jobs with the Education Sector alone taking delivery of 18 projects at a cost of SBD8m, directly benefitting around 50,000 people and creating jobs for 373 people.

PS Pirione urged staff and students of St. Joseph Tenaru to count it a privilege and use their dorm wisely as it is very expensive to have such a building. “Count yourselves lucky as there are hundreds of other schools and students in Guadalcanal who wished they have a dormitory of this high quality. I therefore strongly advise you, as future leaders, look after it well so that it also benefits other potential leaders who are coming after you”, Pririone urged.

Principal of the school Mr. Abraham Hihiru expressed that he, the school staff, and students, all of them could not be happier for their new dormitory. He thanked Guadalcanal Province and the National Government through MPGIS for the magnificent gift to the school. He said the new two storey dormitory constructed by Karuba Construction at a cost of almost SBD1.7m will accommodate 108 male students. As a result of the new dorm, the school has increased its intake from two streams to three streams bringing a total enrolment of 644 students most of them females. “This is indeed a big blessing for us. We are so lucky. Thank you very much. We are going to look after it well”, Mr. Abraham assured.