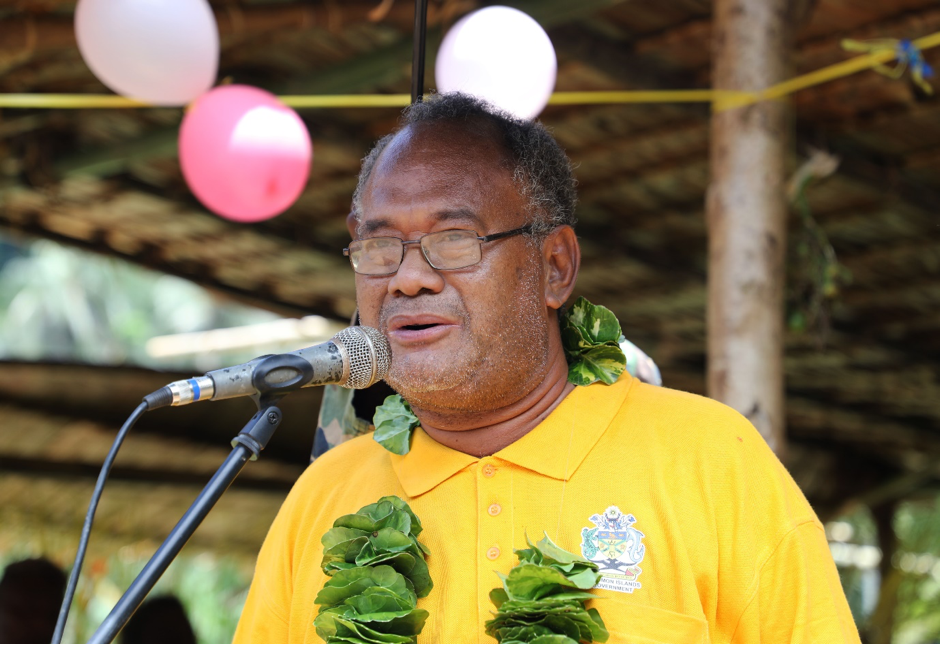 Constituents of Gao-Bugotu Constituency (GBC) are encouraged to focus more on agriculture.

Member of Parliament for Gao-Bugotu Samuel Manetoali who is also the Minister for the Ministry of Traditional Governance, Peace and Ecclesiastical Affairs (MTGPEA) was speaking during the official handing over of the Koloteve Market House Project which is fully funded by the Constituency Development Fund (CDF) to Tanade and surrounding communities within Bugotu District on Wednesday 28 September, 2022.

“Agriculture is the sector that we should focus more on,” he said.

He said there are mining companies operating in the constituency which include Pacific Nickel and Win Win mining company so they will need food to feed their workers every time.

Meanwhile, he said Koloteve market is for everyone.

“Whether you from Hongrano, Gao, Maringe, Bugotu and Isabel Province as a whole this market is yours. It is for everyone. Others will sell, others will purchase. People who are visitors will come and go and this market will be the place that they would visit to get fresh root crops, fruits and vegetables. And also, we will meet and know more people through this market.”

He said there are other market house projects coming up which include Lepi market and Sigana to serve the traveling public to and from Honiara as well as communities there.

MP Manetoali told his constituents that Koloteve market house might perceive as small but he said there are plans for extension in the future when the need arises.

He urged constituents to take ownership of the market and look after it well.

He also acknowledged landowners for their ongoing support towards the development aspirations of GBC by allowing their land for the constituency to build markets, roads, fishery Centers, schools and clinics which is for the benefit of every constituents and communities within GBC.

Minister Manetoali also used the opportunity and thanked builders, individuals and communities who have collaborated together to build the market house.

“It is because of your collaboration that bring us here today to witness success of this project.”

Chairman for zone eight (8) Lonsdale Bako said the establishment of the market house is a milestone achievement for GBC.

“This project will certainly help the community specifically women to generate income which will impact their economic lives positively. 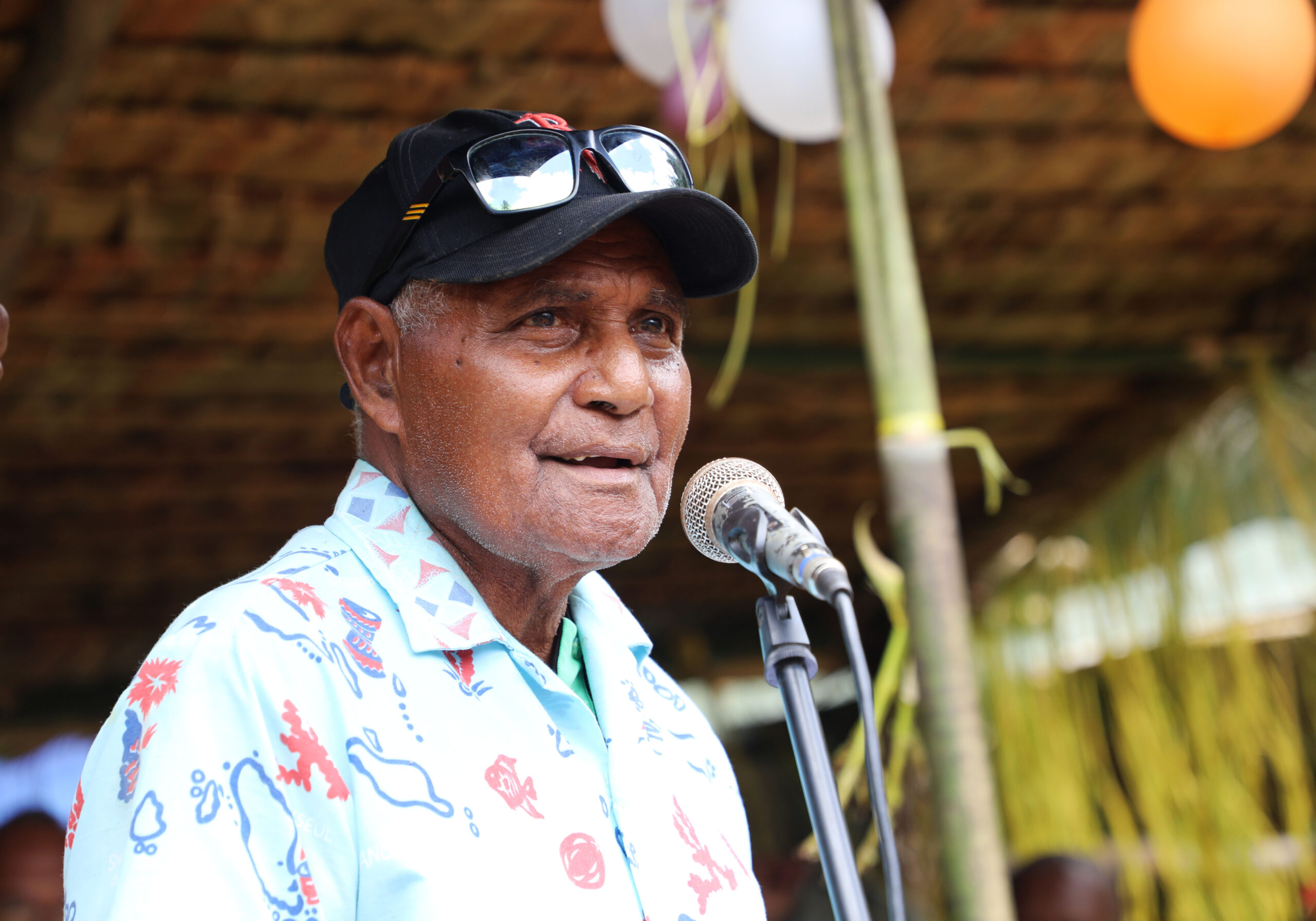 Zone 8 Chairman Lonsdel Bako delivering his remarks at the handing over program.

“This project is a demonstration of GBC office continuous commitment under the leadership of our MP Manetoali to continue empowering communities with such in-come generating undertakings to make sure they are self-reliant.”

He assured MP Manetoali of their zones and communities continuous support towards the implementation of GBC ongoing and future development aspirations.

Other major projects that are also funded by GBC CDF allocation and are earmarked for handover in mid-October include the Constituency Office Complex at Tatamba, the first phase road construction from Sir Duddley Tuti Colleage to Lepi road, Lubiria church project and the Lepi wharf.

Other accomplishment of GBC includes;

CDF is implemented by the 50 constituencies through the Ministry of Rural Development (MRD) purposely to improve the livelihood of people in the rural areas.

Samuel Manetoali who is the Minister for the Ministry of Traditional Governance, Peace and Ecclesiastical Affairs is the current Member of Parliament (MP) for Gao-Bugotu Constituency. 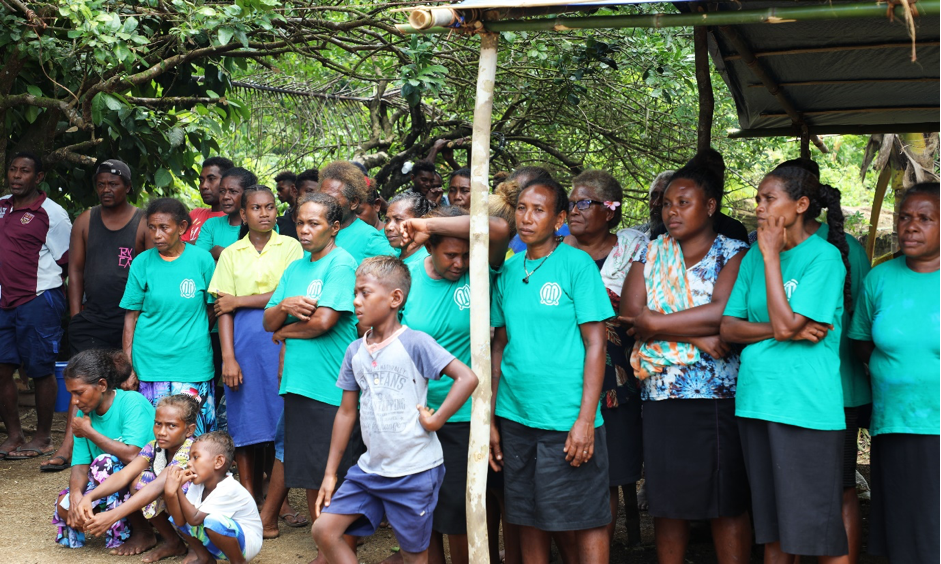 Some of the constituents of GBC who witness the official handing over of Koloteve market house project.