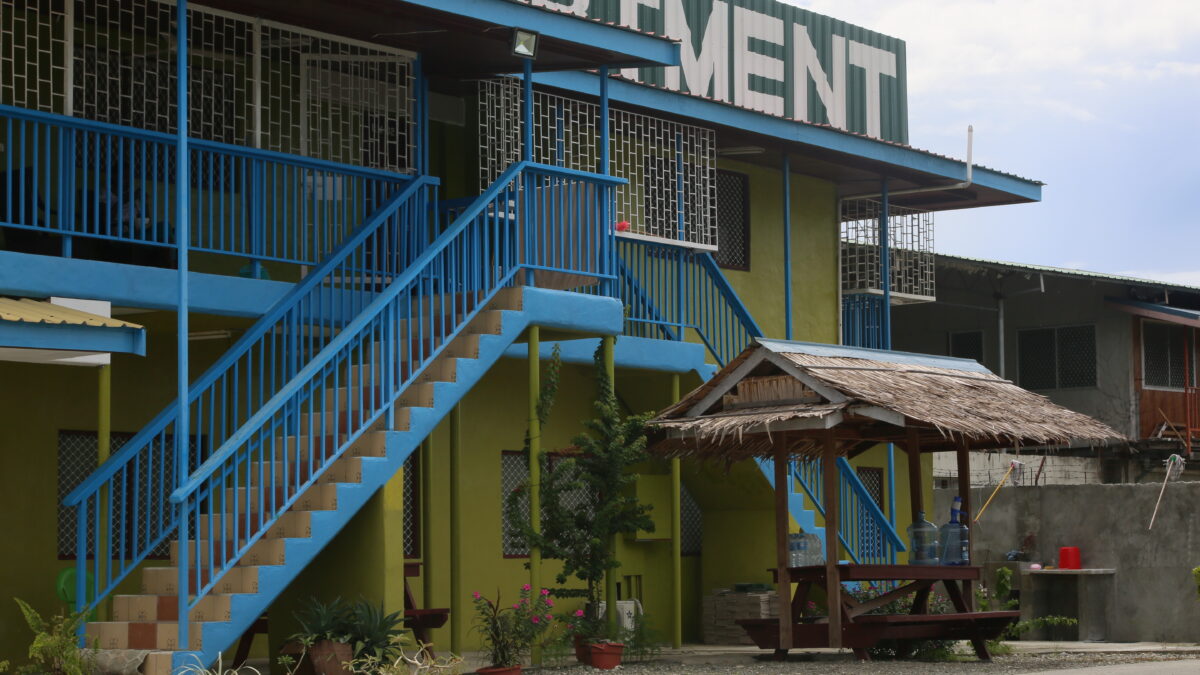 Pictured is Vimo Apartment which housed the ‘low risk’ students returning from the Philippines and the other SA Apartment recently gazetted for quarantine purposes.

Eighteen (18) students who were assessed to be ‘low risk’ by the Public Health Emergency Surveillance Unit have been shifted to two other government-managed Quarantine Stations (QS) over the weekend.

A statement from the National Disaster Council said the male group of student were transported from Chengs Building under strict protocols to Vimo and SA Apartments.

“Both QSs are adjacent to each other and located at the western end of the Henderson Airport.

“Three (3) are accommodated at SA station whilst 15 are at Vimo Apartment,” the statement said.

These students were assessed and identified in the ‘contact tracing process’ as those that either had no exposure, or very low risk exposure, to the any of the 3 positive cases.

“So the total number of students remaining at Chengs Building stands now at 54.

“18 of the female students quarantined at Guadalcanal Beach Resort are all in good health since arrival,” NDC stated.

The Governments’ focus now is to contain the virus within the Chengs QS and eliminate it from there.