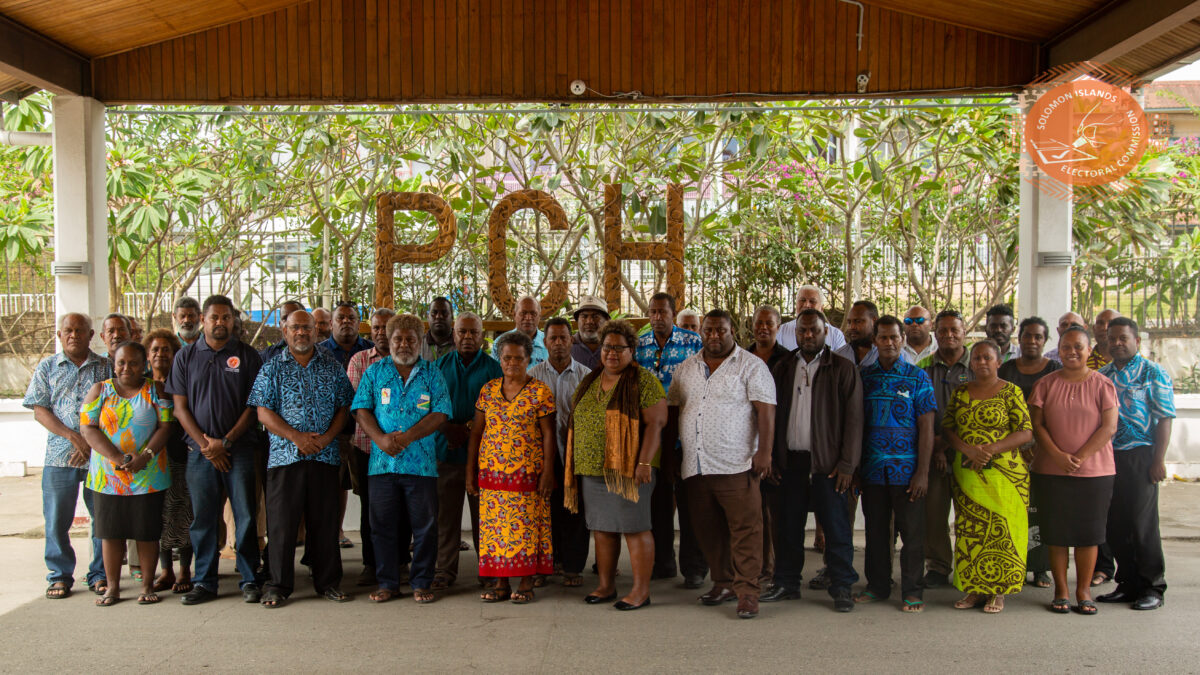 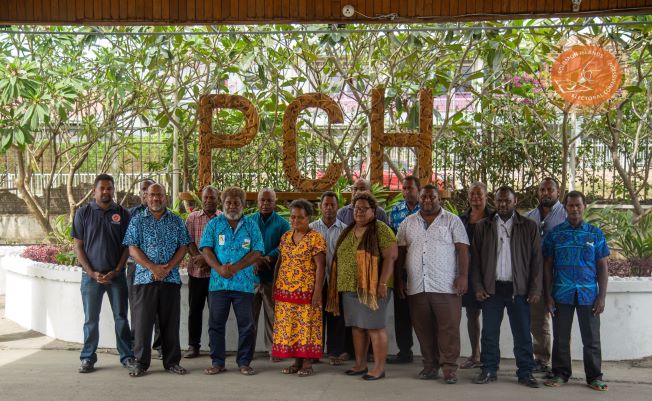 Electoral Commissioners with Members of the Council during the consultation meeting at Pacific Hotel, Honiara 1

Group Photo of Guadalcanal Provincial Stakeholders who were part of the Reform Consultation Meeting at Heritage Park.

The consultation with Guadalcanal Province was held on the 14th and 15th of July.

Hon. Premier for Guadalcanal Province in his remarks during the opening, welcomed the Taskforce and highlighted that “if we want change to strengthen our electoral process, this is the opportunity for us to contribute to make a positive change.”

In response the Chairman of the Electoral Commission Mr. Patteson John Oti acknowledged the Hon. Premier’s welcoming remarks and highlighted that the objective of the consultations was to hear the frank views of the Provincial Assembly members and the wider community representatives on the proposed concept of holding simultaneous elections and the proposed amendments to the election laws.

Mr. Oti said that, this Electoral Reform is founded on the strive for enhancement and strengthening the integrity and delivery of the electoral process in the country and it is a priority of the Electoral Commission and the Government.

During the consultations, one participant highlighted the importance of this consultation and reform.

“Initially I was against the combined or one day election but now I have been won over.  The synchronizing of all elections to happen in one day is a positive change”, He expressed.

He urged everyone who were part of the consultation to share this positive change in their respective wards and villages.

The Taskforce and the Commissioners were grateful for the overall support and invaluable contributions made by the Guadalcanal Provincial Assembly members and the wider community representatives.

Followed on, on the 27th July 2022, the Taskforce consulted the Honiara City Council.

The Honiara City Deputy Mayor in his opening remarks prudently advised the Electoral Commission, the Taskforce and the Honiara City Council that such reforms are very important and must be thoroughly examined.

“We support the move but at the same time, must be mindful not to create opportunity that will negatively impact our life”, the Deputy Mayor said.

Group Photo of Members of Guadalcanal Provincial Assembly with Members of the Taskforce during the Consultation Meeting at GP provincial headquarter.

The Honiara City Deputy Mayor said that it is important that we do not compromise election just because lack of fund.

Electoral Commissioner Mr Stanley Pirione acknowledged the sentiments shared by the Deputy City Mayor and assured the Members of the Councils and the Taskforce that, such reform was part of the Commission’s mandate and will continue to work on such reform.

“As technology advances and standards of living change, such change to the law is timely and the Council is very happy to be consulted”, Deputy City Mayor highlights.

“My council is hoping that the outcome of the consultation will provide a level playing field for all the parties involved”.

The idea of synchronization is to have all levels of elections held in one day, however, this needs consensus between these three levels of governing legislatively.

Four provincial governments and Honiara City Council have now been consulted. There are five more provinces to go.

Generally, feedbacks from the five provinces were fair and views shared and trend of discussions have becoming clear.

The remaining provinces are: –

The next province to be consulted is yet to be confirmed, however, the Taskforce is eager to consult the remaining provinces in 2022 except for Western and Choiseul Provincial Assemblies who will be consulted in year 2023 after their general elections in December 2022.

The Electoral Commission and the Taskforce would like to acknowledge the SIEC donor partners – the Australian Department of Foreign Affairs and Trade (DFAT) and UNDP for their continuous support in rolling out the provincial consultations.

For any inquiries on election related matters, call SIEO office enquiry line on phone 7222200. SIEC staff will take on your queries and will response officially through the office Facebook page, website and or other media publications outlets.