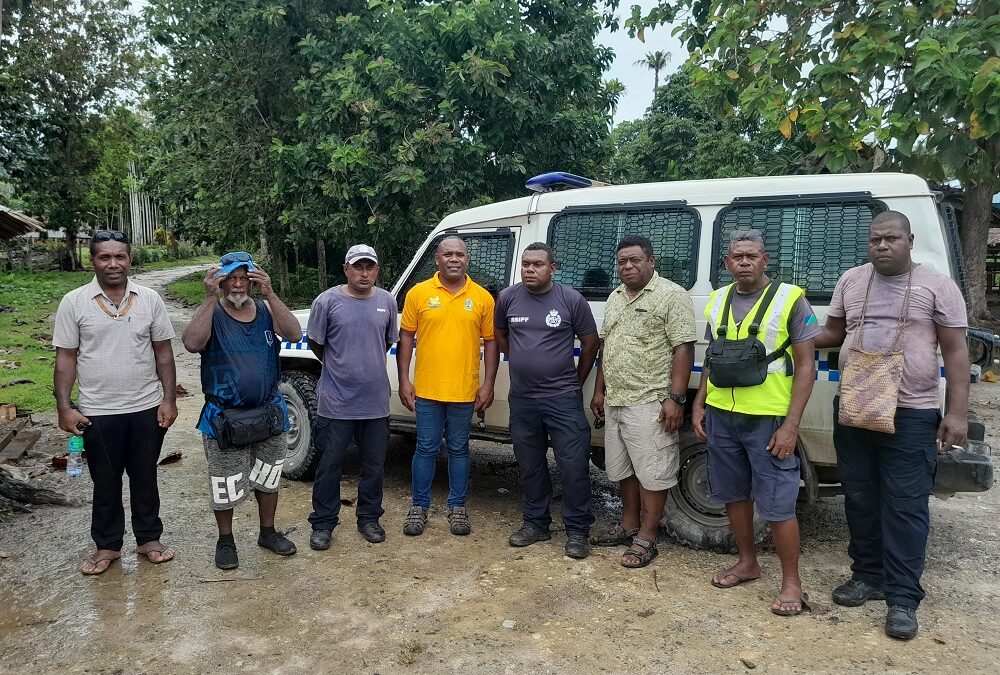 GOVERNMENT PRAISED BOTH PARTIES FOR RECONCILING 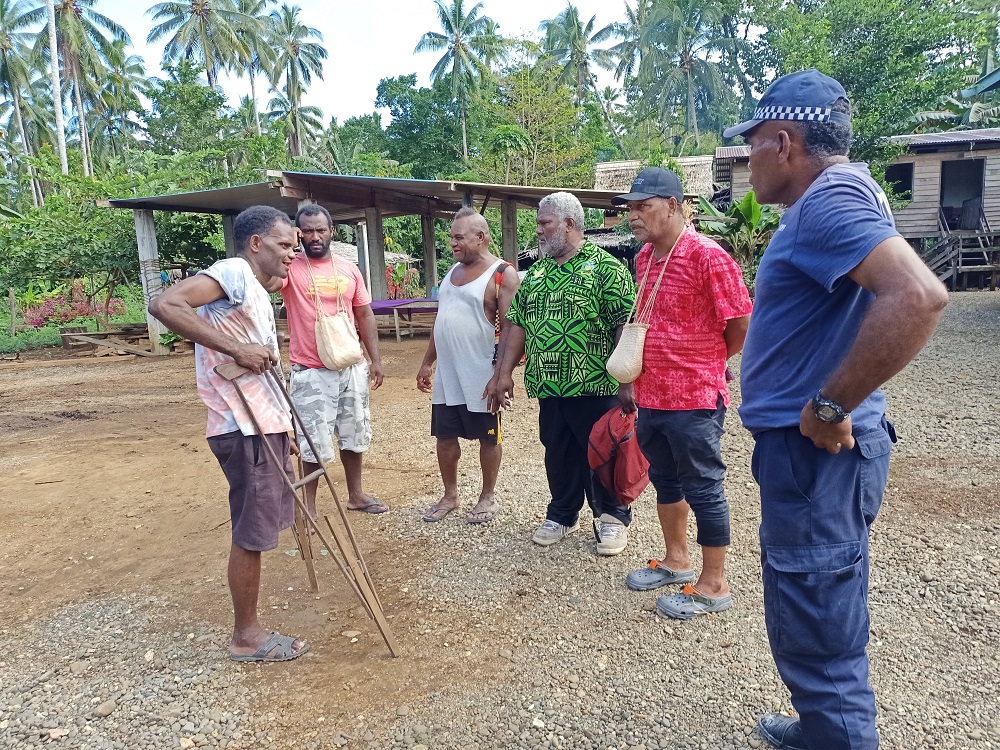 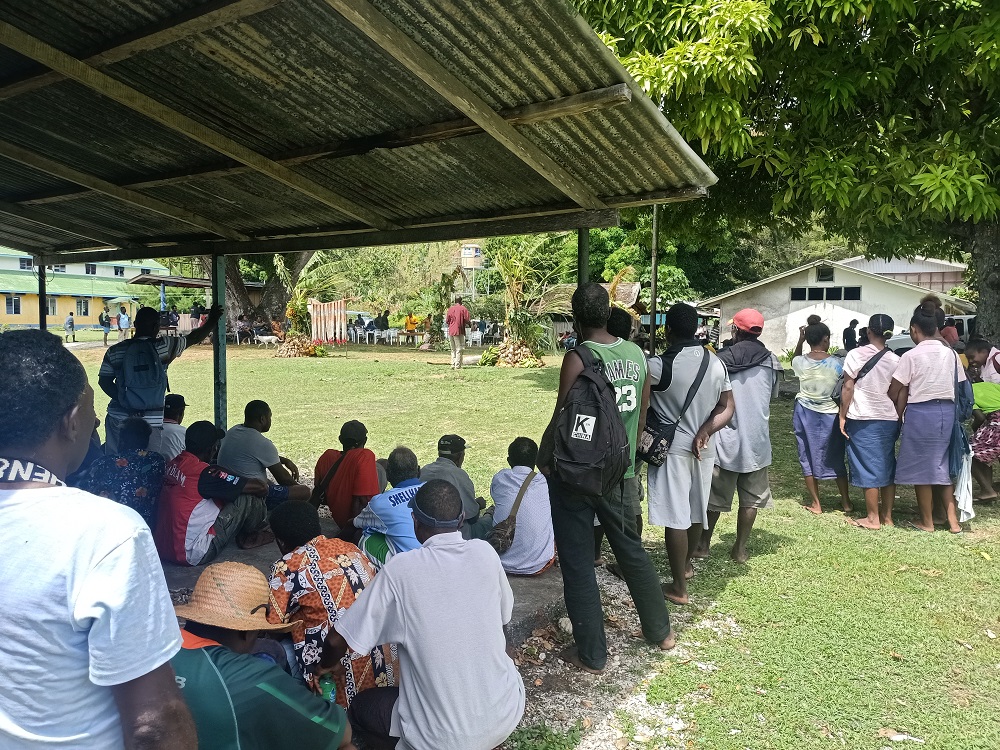 Part of the crowd attending the reconciliation ceremony at Visale, West Guadalcanal 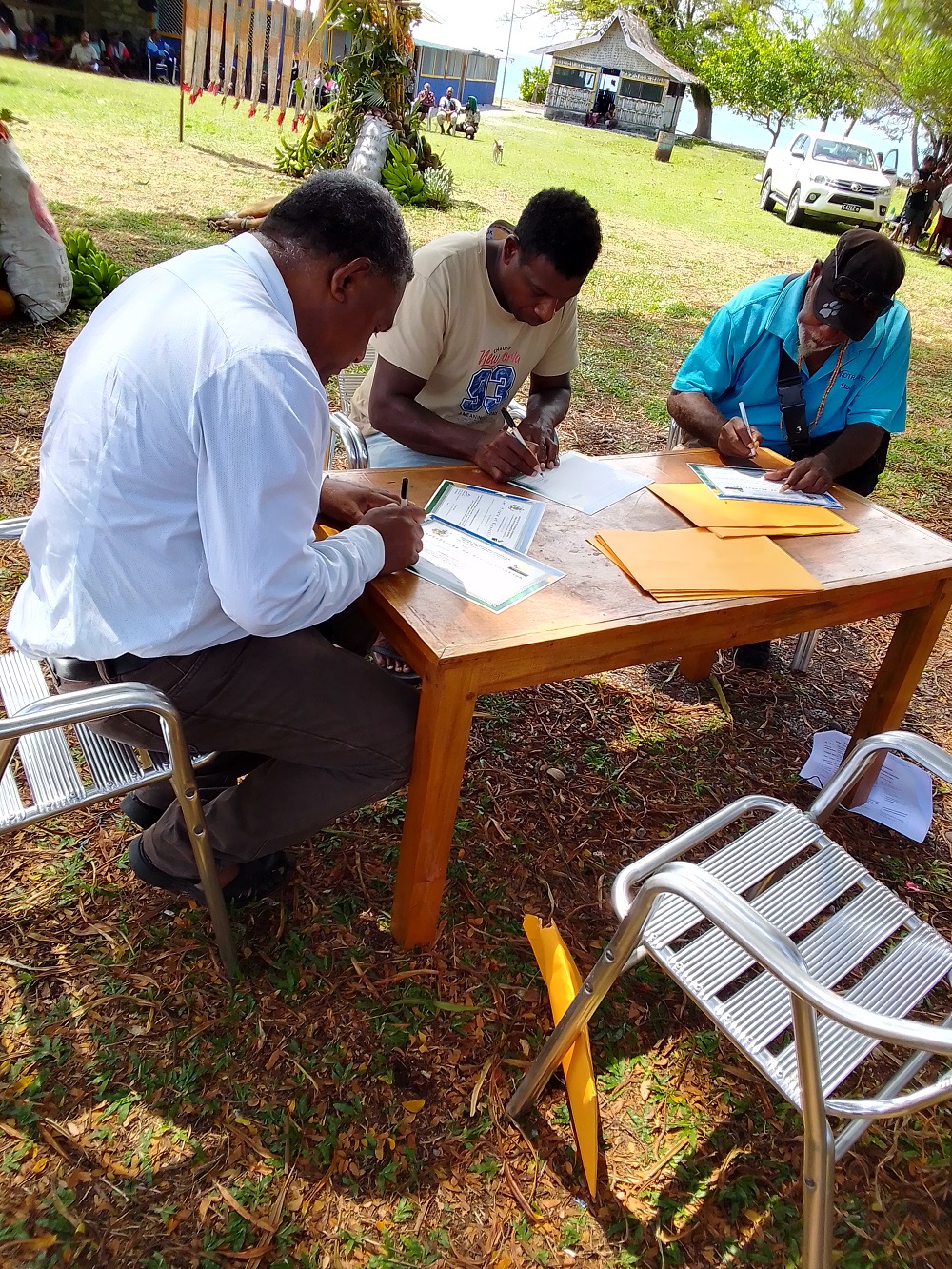 The DCGA Government through the Ministry of Traditional Governance, Peace and Ecclesiastical Affairs (MTGPEA) had praised both parties who involved in the reconciliation ceremony held at Visale Catholic Parish last week.

The reconciliation ceremony was operationally coordinated and supported by the National Government through the MTGPEA Headquarter and its two Provincial Offices in the Guadalcanal and Malaita provinces.

The purpose of this reconciliation ceremony is to bring to close, the ethnic tension related issue between certain of those families and their members from the East and West Kwaio and those from the Wanderer Bay surrounding communities.

Speaking at the reconciliation ceremony the Minister for MTGPEA, Hon. Samuel Manetoali have echoed “This is a moment ever been waiting for, since for the last more than 10 years or so”.

He said this moment cannot be made possible with these parties and their immediate and extended families, he added that “With their unspeakable testimony of forgiveness and love, deep in their hearts, have greatly influence all of their concerted efforts to finding a long lasting solution to this long, long past hatred, enmity and fear amongst you all”.

The Minister had highlighted that this morning’s reconciliation ceremony marks the new era of reconnecting the broken relationship and lives of both parties, and also a moment by which, the sense of humour and good conscience of humanity does not able to stand its purpose and common good in our lives and communities.

The first part of the reconciliation ceremony was delivered on Wednesday, 24 August 2022, in West Kwaio accompanied by all represented Chiefs of both reconciling parties, specifically to ease and enable continual pathway for national unity and reconciliation that was witnessed on Friday, 27 August 2022.

He said the DCGA Government highly recognizes reconciliation as one component of enhancing peace and unity in the country. He added that as the Minister responsible for MTGPEA, this reconciliation ceremony is one of the ministry’s flagship programs and the achievement of government policy priority to provide peaceful coexistence to our people.

The Minister had highlighted that the Ministry, MTGPEA have been actively engaged in peace-building programs and dialogue with its stakeholders, including church institutions of SICA and SIFGA through its partnership framework and as well with chiefs and traditional leaders in empowerment programs and activities.

More so, the Ministry is working on legislation and policies programming that was mandated by the DCGA government purposely to provide peace and stability as an influential requisite for economic development.

He added, that the reconciliation ceremony that was witnessed today, is part of the effort to address the need to sanitize the wounds, and assists in the healing of peoples and to promote pathway for national unity, social cohesion, social justice, integration, and collective participation towards our social and economic development at the community, provincial and national level.

Minister acknowledged and thanked both parties who have peacefully desires, agrees and now had reconciled, “In whatever way and support that you have rendered towards this reconciliation ceremony, you are been reminded of the collective common good and its virtues that eventually enables achieving a long lasting peace amongst all individuals, community, provinces and the nation. All of these, will be remembered for years to come”.

Meanwhile, the Permanent Secretary Peter Mae thanked both parties for eventually agreeing to reconcile with each other ending what is a long period of fear, hate and enmity between them.

He says that ‘today’s reconciliation ceremony speaks of our collective effort and seriousness in getting-off our plate these long-outstanding restorative justice matters”.

He encouraged both parties and all attending the reconciliation ceremony to continue support the work of the Ministry and to actively participate and engaged in peace-building activities and program in their respective communities. 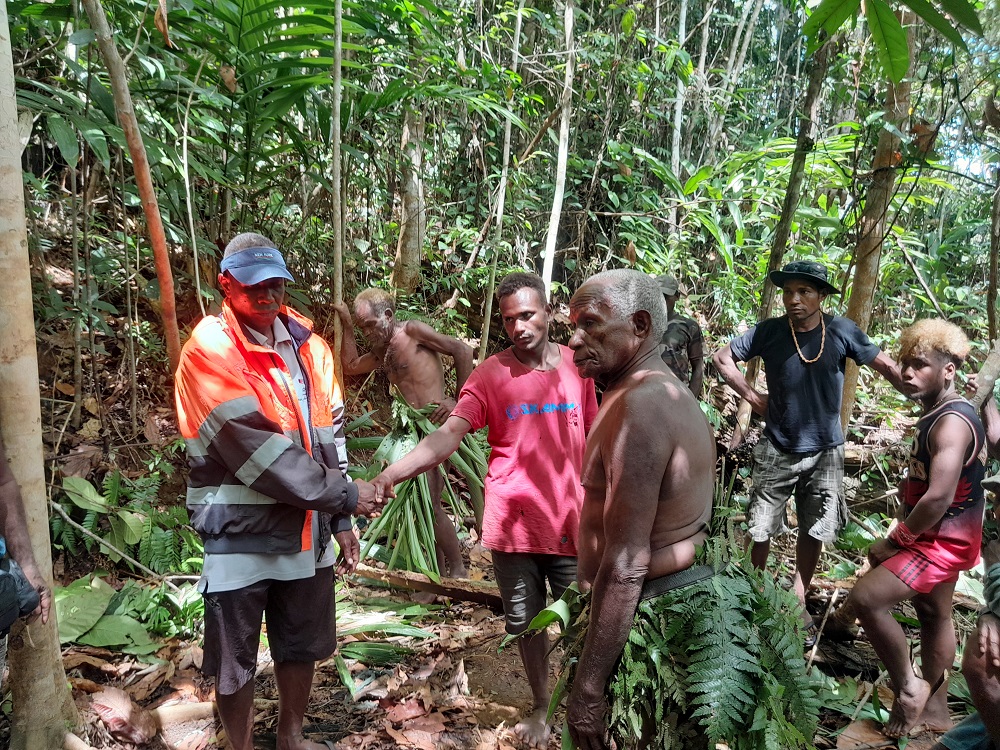 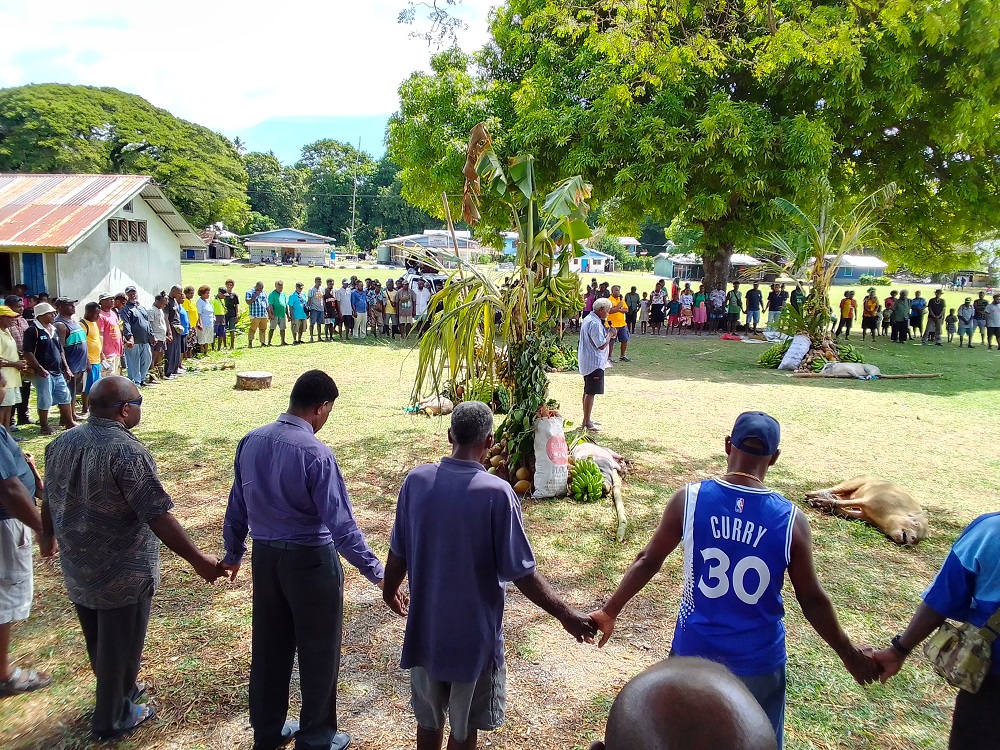