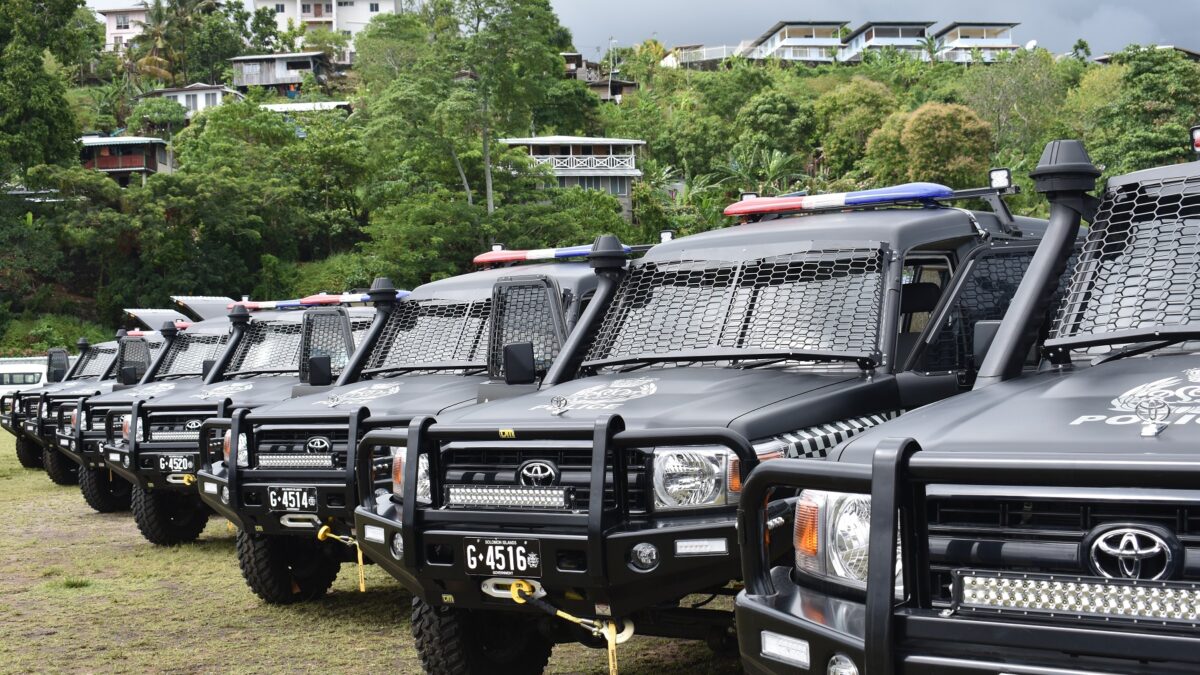 The new vehicles donated by China and Australia to the Royal Solomon Islands Police Force (RSIPF) will not have any issues with parts and fuel.

RSIPF Commissioner Mr. Mostyn Mangau says, “Those donated vehicles and motorcycles have parts with them currently. Police will look into the budget after a year to manage those vehicles with parts.”

Commissioner Mangau says, “RSIPF will meet the fuel for those replaced vehicles. Fuel for those new vehicles will not affect the police budget for its operations.”

Mr Mangau says, “The current fleet that was donated by China and Australia just replaces the current fleet that has been grounded and ready for tender. So there should not be any issue with the budget constraint when it comes to the fuel for the RSIPF to manage those new vehicles.”

The Police Chief has thanked the People’s Republic of China for supporting the RSIPF for those new vehicles and motor cycles and asked the officers to be accountable for those expensive assets.