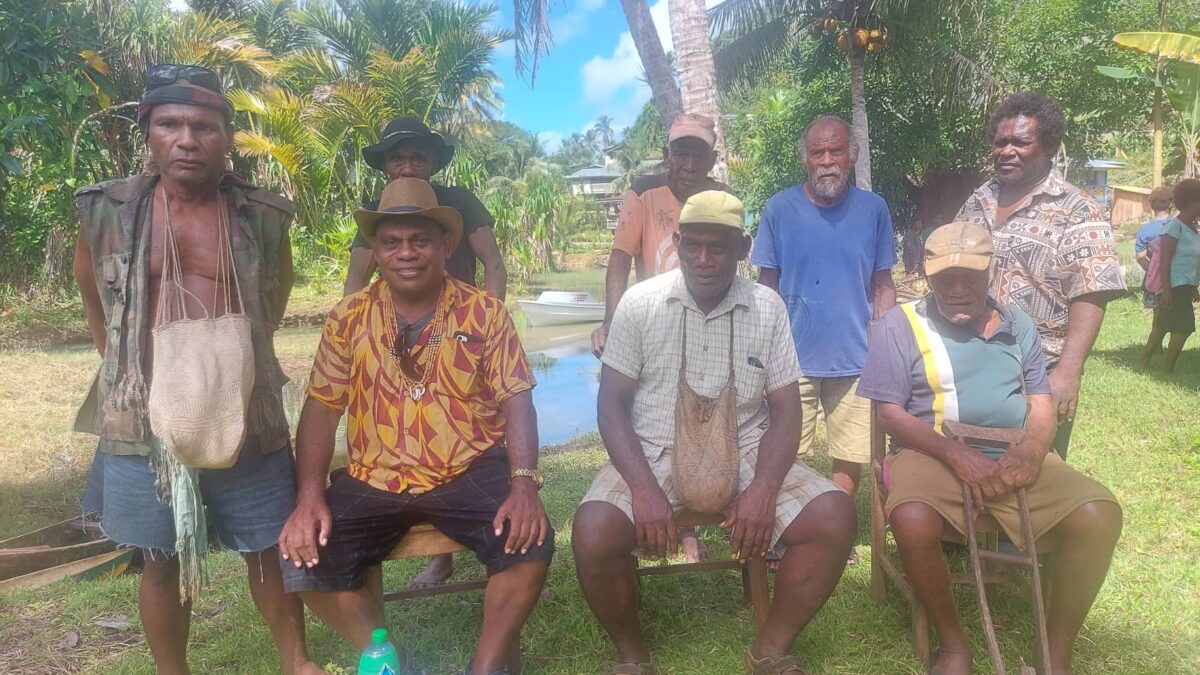 East Kwaio MP Honourable Stanley Sofu posing for a group photo with Olomburi House of Chiefs members at Balafai village after holding talks with his constituents.

Huge turn-out of Kwaio people at Atoifi Hospital market listening to the awareness conducted by Hon. Sofu and team. 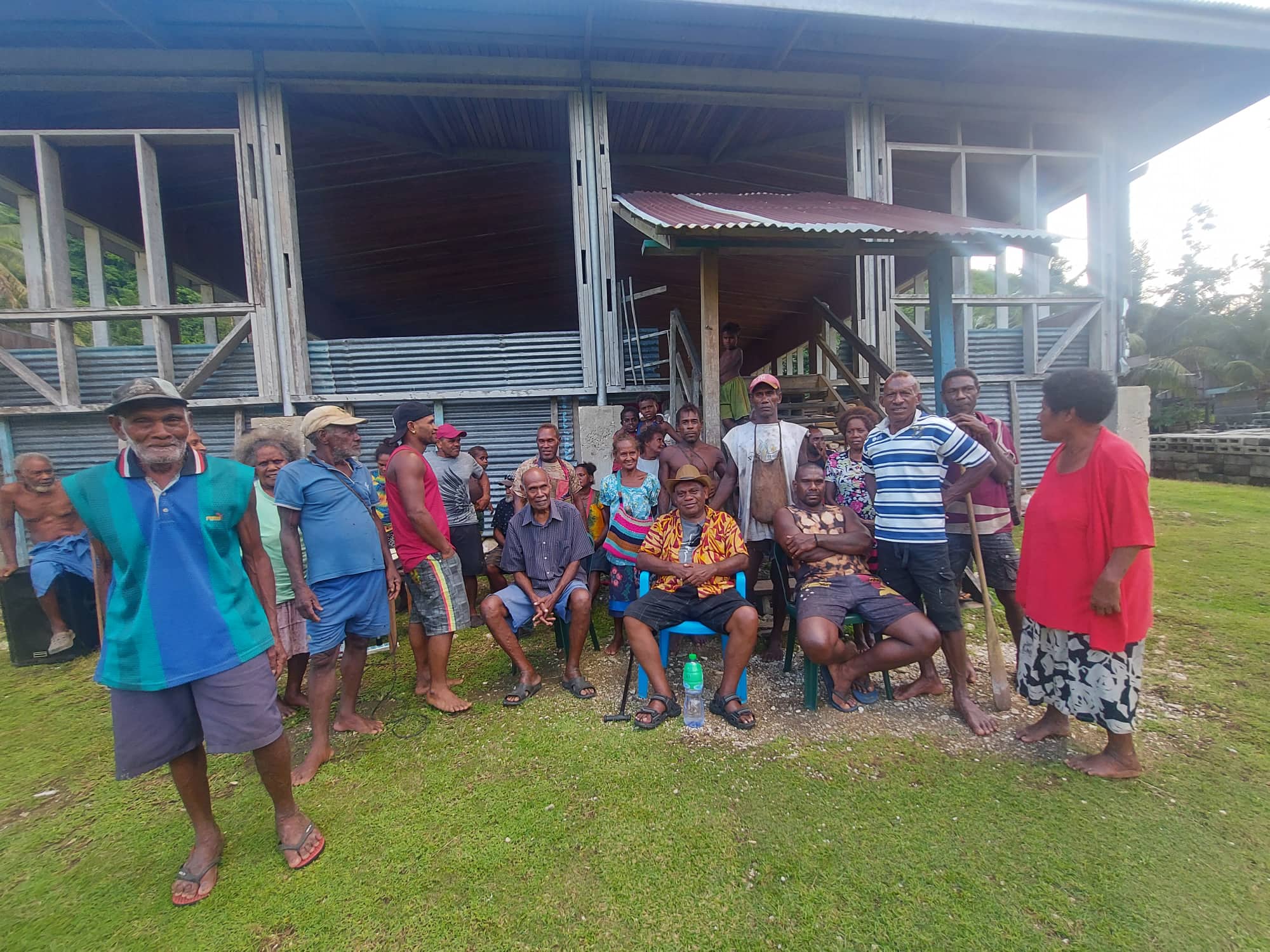 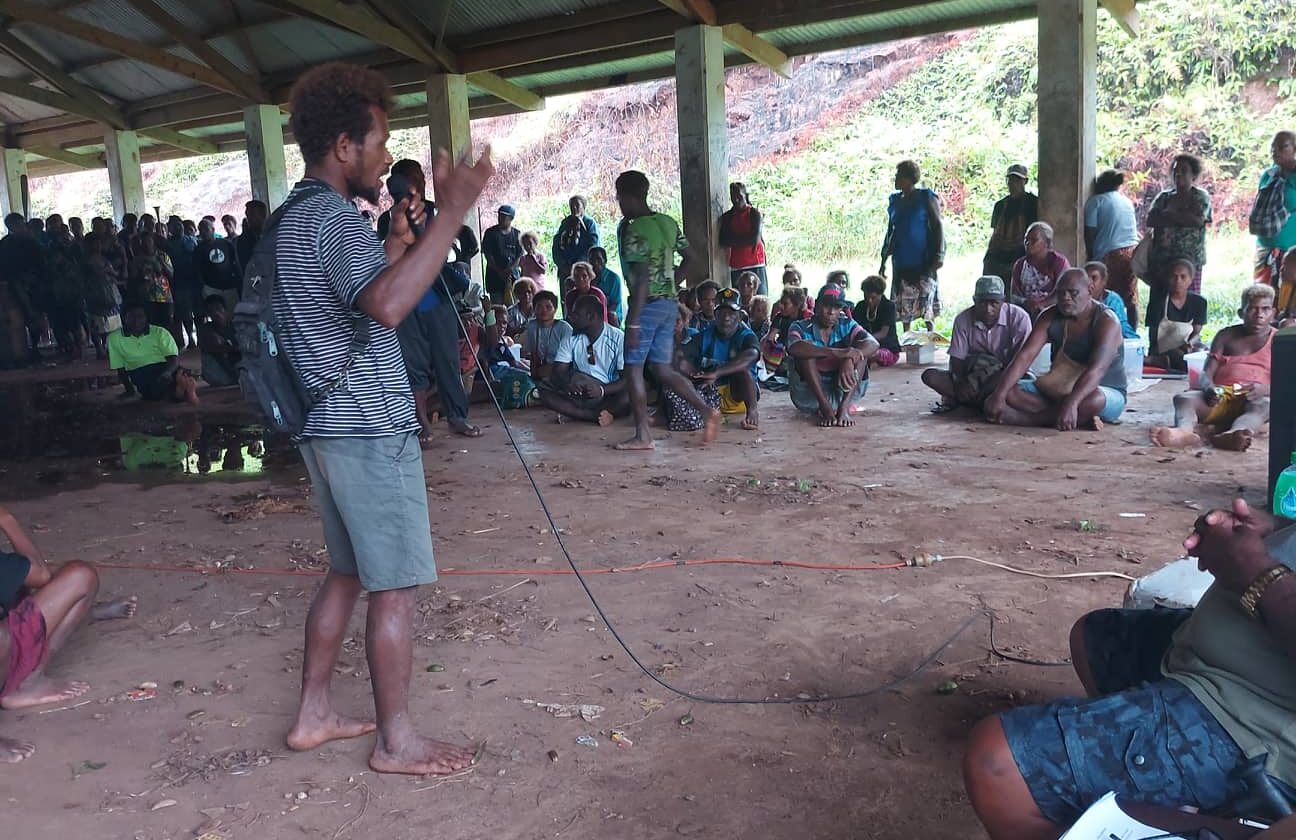 A young Kwaio man expressing his views during one of the meetings.

Member of Parliament for East Kwaio Honourable Stanley Festus Sofu have been conducting awareness in parts of his constituency throughout this week.

The talks revolve around the Government’s decision to switch diplomatic ties to Peoples Republic of China (PRC), the recently signed MOU’s including the security pact with PRC and the basis of cabinets’ decision for deferment of General Elections to 2024 and the South Pacific Games 2023.

Olomburi, Sinaragu and Aotifi district in the Yuru Harbour have already been covered by the team which shows a huge turn-out by chiefs, elders, women, youths and children. The awareness commences first in the capital, where the MP meet with East Kwaio constituents who work and study in Honiara fortnight ago.

Whilst at Atoifi, Hon. Sofu and team conducted separate meetings, first with the Atoifi hospital staffs, and later the constituents from surrounding villages. The East Kwaio MP also visited sick patients who are admitted at the Seventh – day Adventist-operated hospital.

Many issues were raised by the constituents expressing their views, offering suggestions and their disagreement on certain topic covered by the awareness team.

Others voiced out that misleading reports in the media and rumours on social media bring about an aura of ‘confusion’ which led them to remain inconclusive on matters of national interest and Government policies.

But Hon. Sofu have talked through issues raised and emphasized on upholding Kwaio values and reassures that decisions made is of the best interest to his people, being cautious, and most importantly reflective towards development aspirations.

East Kwaio people have express appreciation towards their leader and awareness team for conducting the important awareness which clarifies most of their doubts and disappointment for the past three years.

The East Kwaio MP will conduct their last meeting at remaining communities alone the Kwaibaita region before heading back to Honiara.