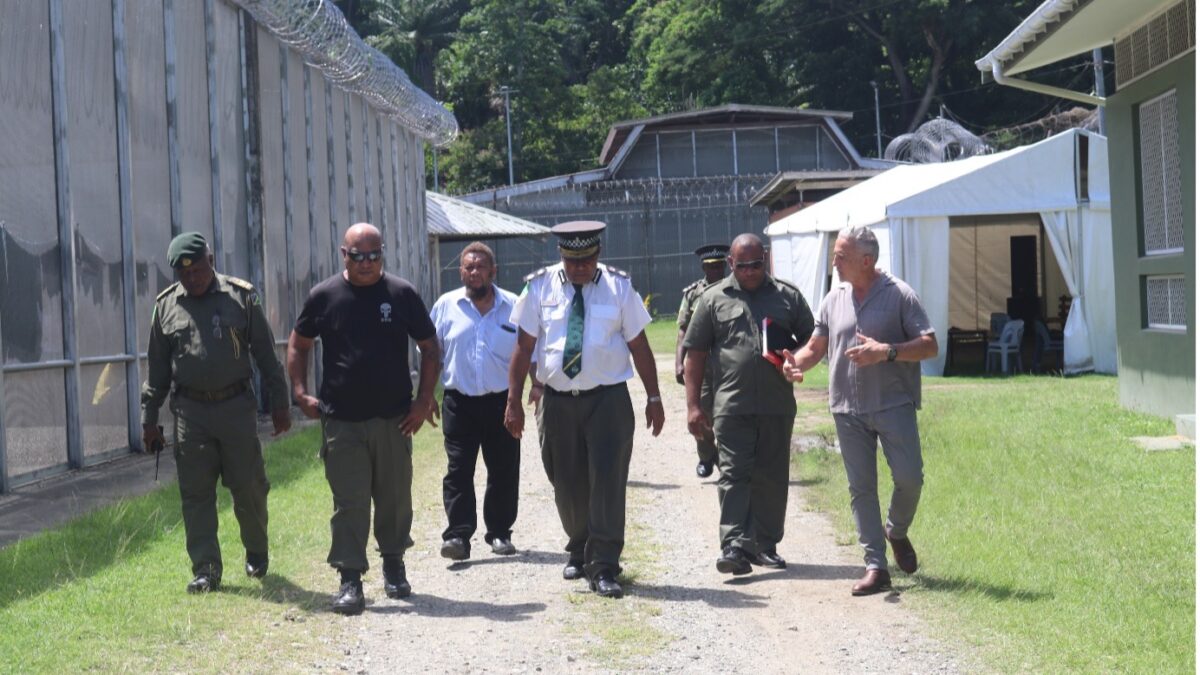 Commissioner Manelusi and Executive staff listen to Block 2-OIC updates during the Commissioners visit on Thursday 2.

The Central Correctional Centre in Honiara, RCCC received a visit by the Commissioner Gabriel Manelusi and the Executive staff of the Correctional Service Solomon Islands (CSSI) on Thursday 2 December 2021

The official visit was strategically to get an update information of the Centre’s functions, its preparedness for new admission of remands, convicts, transfer and classification of inmates and other important matters of CSSI’s concerns.

During his discussion with the RCCC Commandant, Managers and Blocks OIC, Commissioner Manelusi reiterated the need to uphold staff discipline and work ethics. 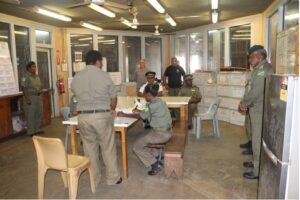 Commissioner Manelusi and Executive staff listen to Block 2-OIC updates during the Commissioners visit on Thursday 2.

He asked them to maintain safety & security, disciplinary standards and more so, the official dress codes.

He stated that, despite all the precautions, the unexpected situations as a result of the recent civil unrest here in Honiara and plans to take control of such is a new challenge.

“It is challenging to be reminder of the long outstanding issues such as over-crowdedness in jail among a few which goes beyond our control, and we could only place hope in the responsible official authorities like RSIPF and the judiciary systems”  Manelusi added

Manelusi strongly urged inmates and remands, to seek the mind of God and be patient and cooperate with officers until they are released from Correctional Centre.