The Provincial consultations conducted by the Ministry of Traditional Governance, Peace and Ecclesiastical Affairs (MTGPEA) on the draft Traditional Governance and Customs Facilitations Bill (TGCFB) was successfully completed in Taro, Choiseul Province on Friday 24th July. The three days consultation meetings ,  held throughout the week was attended by more than 80 participants from respective targeted groups such as the Choiseul Province Members of Provincial Assembly, Youths, Traditional Leaders, Churches and Non-Government Organisations.

The initiative is a respond to the Bills and Legislations Committee’s Recommendations Report 2018 that recommends the Ministry to undertake nationwide consultations of the draft Bill.

The TGCFB is a priority agenda of the Democratic Coalition for Change Government (DCGA) to provide for the institutionalization and preservation of cultural heritage as well as regulation of traditional governance systems and structures.

These consultations were led and facilitated by the Ministry of Traditional Governance, Peace and Ecclesiastical Affairs (MTGPEA), in partnership with the Ministry of Women, Youth, Children and Family Affairs, and funded by the United Nations Development Programme (UNDP) through the United Nations Peacebuilding Fund, under the Inclusive Governance of Natural Resources (IGNR) Project.

Director Policy of MTGPEA Mr. Morris Maitaki commended the engagement and important contribution made during the consultation process. Mr. Maitaki highlighted that the DCCGA government proposed this bill in an attempt to establish strong traditional governance institutions that would help in building strong communities and addressing socio-economic development aspirations of rural Solomon Islands.

Speaking at the opening of the three days consultations, Hon. Premier, of the Choiseul Provincial Government, Watson Qoloni expressed his gratitude and appreciation to the MTGPEA for consulting the provincial assembly leaders on the Bill. Hon. Premier Qoloni uttered the importance of the Bill, to the people of Choiseul adding that Traditional Governance, custom is what keeps and embraced the people of Choiseul.

He further expressed that “His government acknowledged the ongoing efforts by the current DCCGA government to recognise, strengthen and empower the traditional governance system and structures which we believe has been missing for decades. He further reiterated that our national constitution, the country supreme law recognises our worthy customs and traditions but successive governments since independence has failed to address this important institution.

Hon. Premier highlighted in his speech that his government,  traditional leaders and the  people of Choiseul shared the same desire to see the enactment of TGCFB that will address impediments to development in the rural Solomon Islands inclusively Choiseul province.

Speaking at the closing ceremony, Minister of Lauru Affairs, Hon. John Matapasa highlighted that Lauru people did have worthy customs, which has been adopted since immemorial times till then and that if this Bill is enacted, it could support and satisfy what the Lauru chiefs and traditional leaders required, to govern their people to strengthen the link between traditional leaders, provincial governments, stakeholders and national government”.

Participants rendered their appreciation and support and keen to see the Bill to be re-tabled and passed in Parliament soon. Important feedbacks gained through these consultations will be taken on board to improve the draft TGCFB.

The next consultation for Western Province is scheduled for early August 2020. 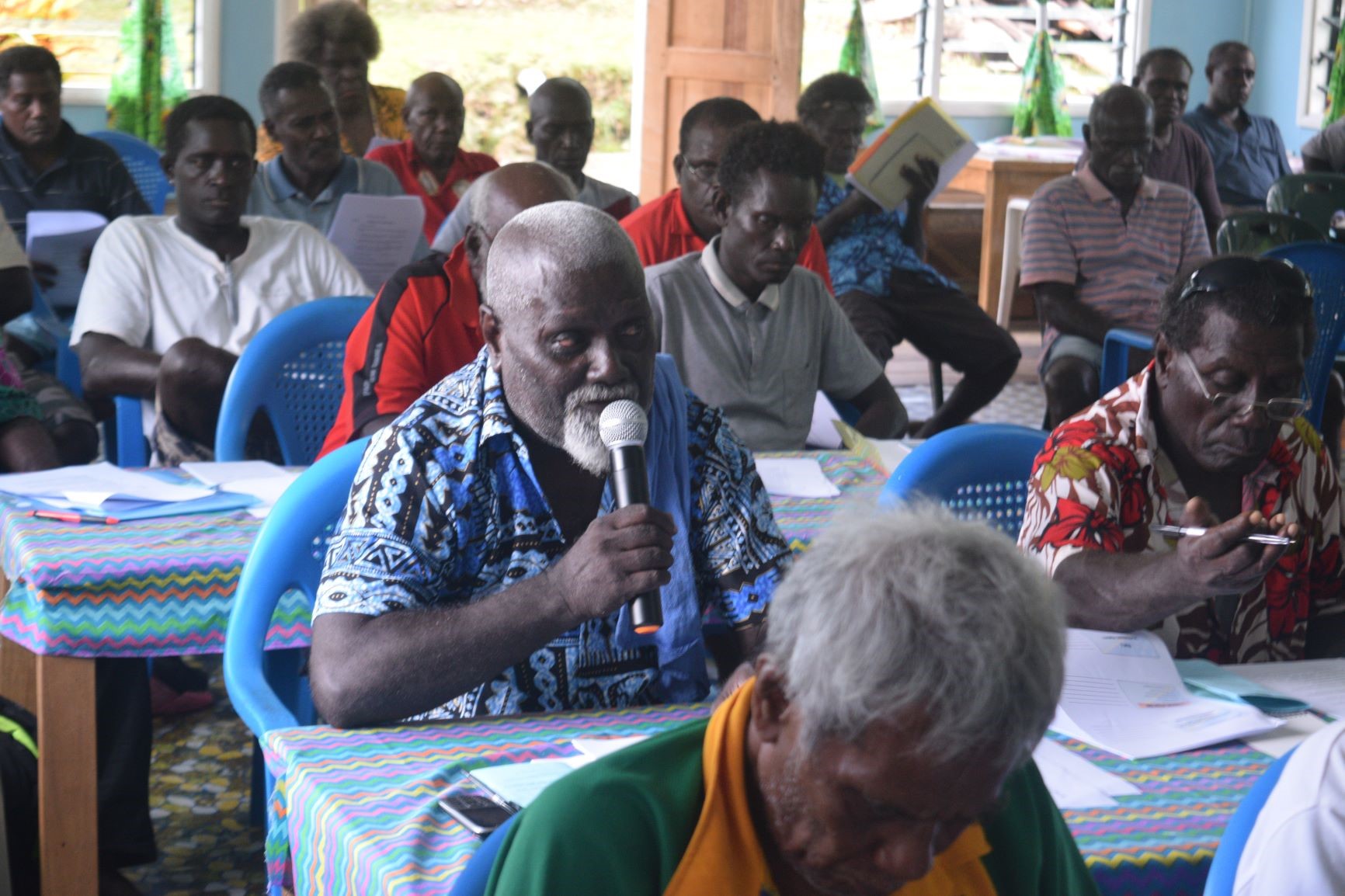 Chief Oliver Poloso highlighted his points during the consultation 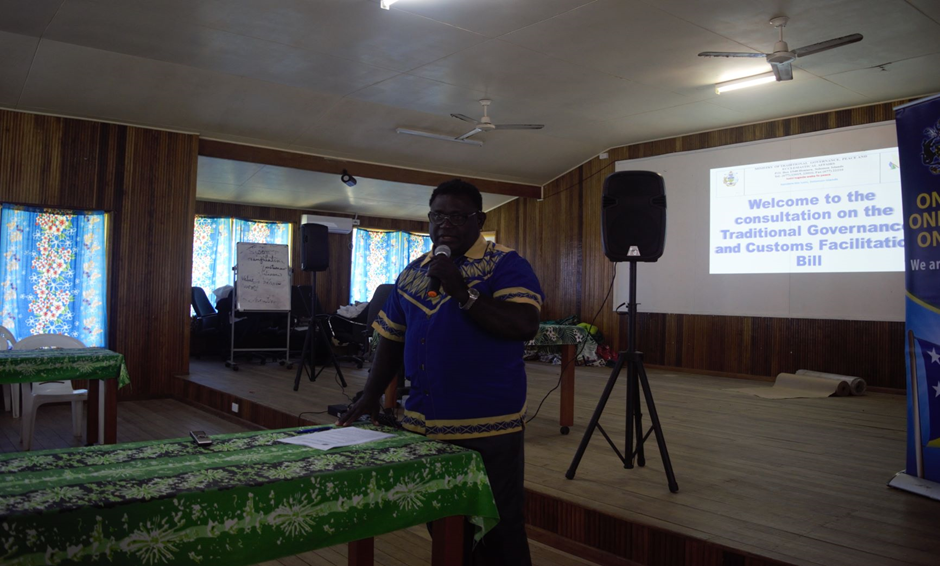 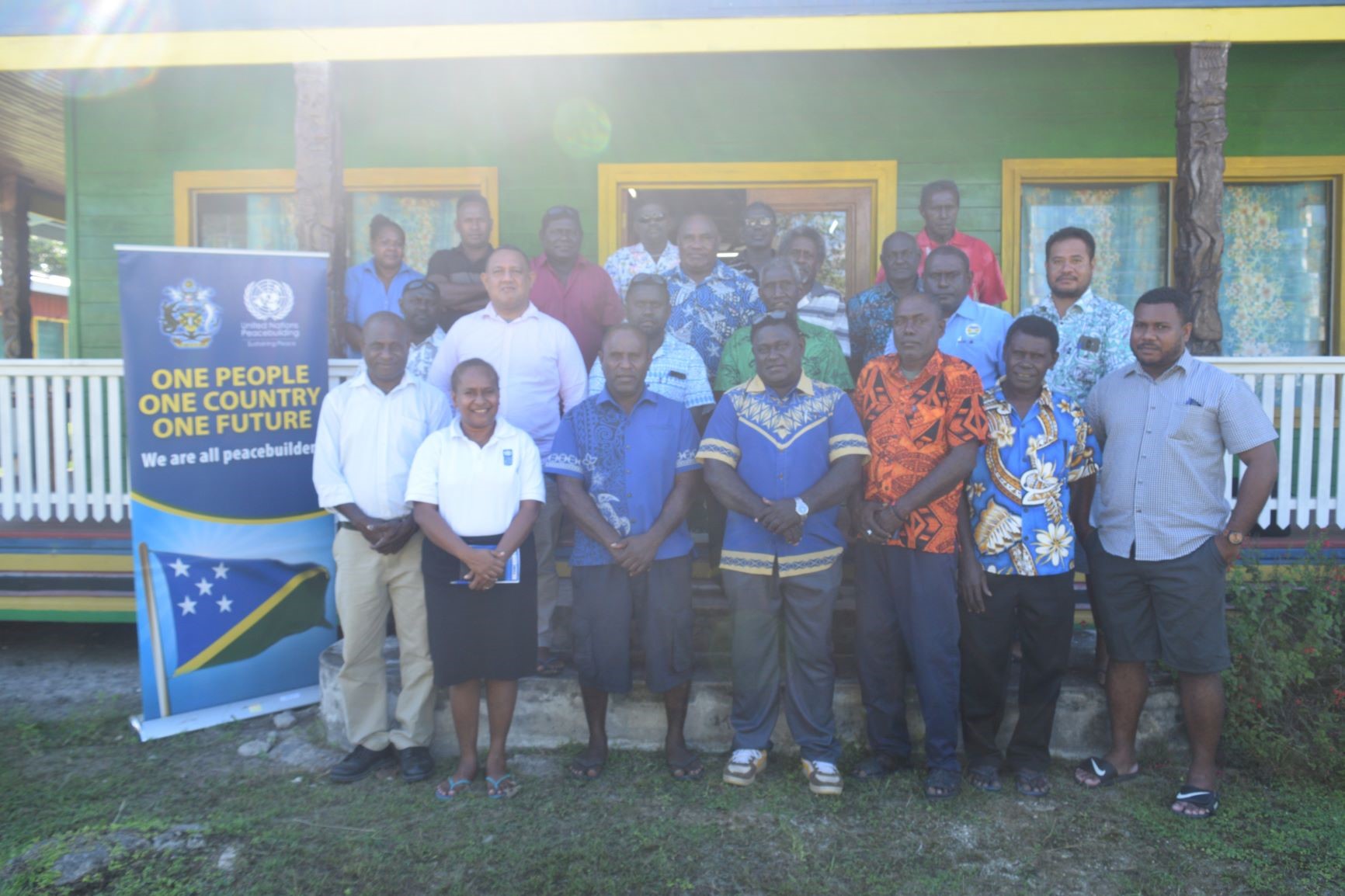 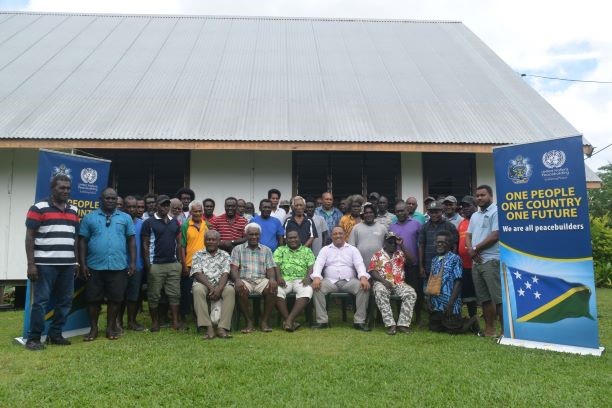