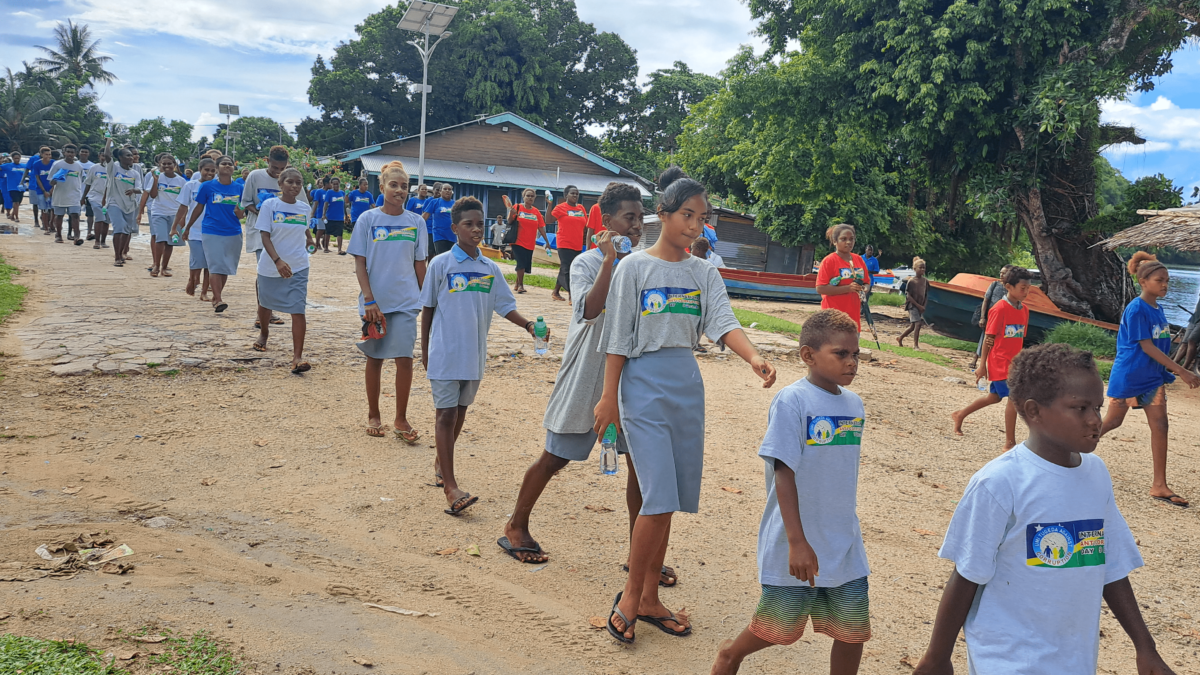 The Central Islands Provincial Government has pledged support to the Solomon Islands Independent Commission Against Corruption, SIICAC, in its mandatory responsibility to fight against corruption in our society.

Speaking during the ceremony to mark the International Anticorruption Day on Friday 9th December at Tulagi, Central Islands Premier, Hon. Polycarp Galaigu said that Central Provincial is prepared to support SIICAC in its implementation of the Anti-Corruption Act, and also with the National Government on policies relating to addressing corruption and promote good governance.

Premier Galaigu said it is clear to his Government that corruption is a challenge that not one segment of society can solve alone.

“We have to do it together. Nobody can do everything, but everybody can do something together,” he said. 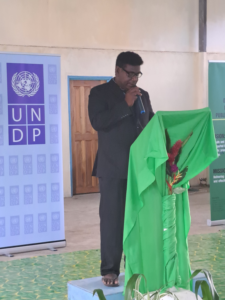 He said Central Islands Province will designate a person to be its integrity officer as stipulated in the Anti-Corruption Act 2018.

“And more importantly, the requirement of the Act for the integrity officer and the new legislative framework brought about by the Anti-Corruption Act 2018 to address anti-corruption will in a way foster a culture of transparency and accountability in the administrative procedures and structures we have in both the provincial and national governments.

“The prevention role of SIICAC will help address the perception and behavioural aspects of understanding corruption in our society. These are fundamental instrument for effective and efficient public service delivery,” said Premier Galaigu.

Hon. Galaigu said the 2022 International Anti-corruption Day seeks to highlight the rights and responsibilities of everyone in tacking corruption.

“The point is, every single person – young and old – every single institution and organisation whether it be public, private or civil sector has a role to play to prevent and counter corruption, in order to promote resilience and integrity at all levels of society, he said.

Also speaking during the occasion, SIICAC Director General John Kouni said the fight against corruption everybody’s business because it affects all of us.

“The fight against corruption is an urgent one for all of us – Institutions of Integrity, accountability, and enforcement, the public and private sector organisations, communities, Chiefs and citizens at large.

Kouni has thanked the Central Islands Provincial Government and its people, various Integrity Institutions such as Leadership Code Commission, Ombudsman Office, Office of the Auditor General, the Office of the Director of Public Prosecutions, and RSIPF,SIG and UNDP for partnering and support to mark the IACD 2022 on 09th December at Tulagi in the Central Islands Province.

The International Anticorruption day was marked with a parade against corruption by various groups including RSIPF, Women’s church groups, school students, youths and children.

The parade was led by RSIPF members from the Tulagi Police station to the Tulagi multipurpose hall where speeches were delivered followed by a brief entertainment by various dancing groups.

The team also hosted presentations and a panel discussion at the Tulagi main market which has seen a good turnout of people from the public and private sectors, church organisations, residents and people from the surrounding communities.

The panel discussion focused on the roles and functions of SIICAC in the areas of corruption investigation and prosecutions, reporting of complaints, protections under the Whistle Blowers protection Act, and how the integrity institutions such as the Leadership Code Commission (LCC), Office of the Ombudsman of Solomon Islands (OOSI), Office of Auditor General (OAG), and Office of the Director of Public Prosecutions, (DPP), and the RSIPF are working together in the fight against corruption.

The discussions has also assisted the public to understand the role and functions of SIICAC and how other participating government institutions are working together with SIICAC to combat corruption.

The team has been conducting awareness talks on anticorruption around Central Islands Province a week prior to marking of the International Anticorruption Day on Friday 09th December.

The theme for this year’s International Anticorruption is “Uniting the world against corruption.”