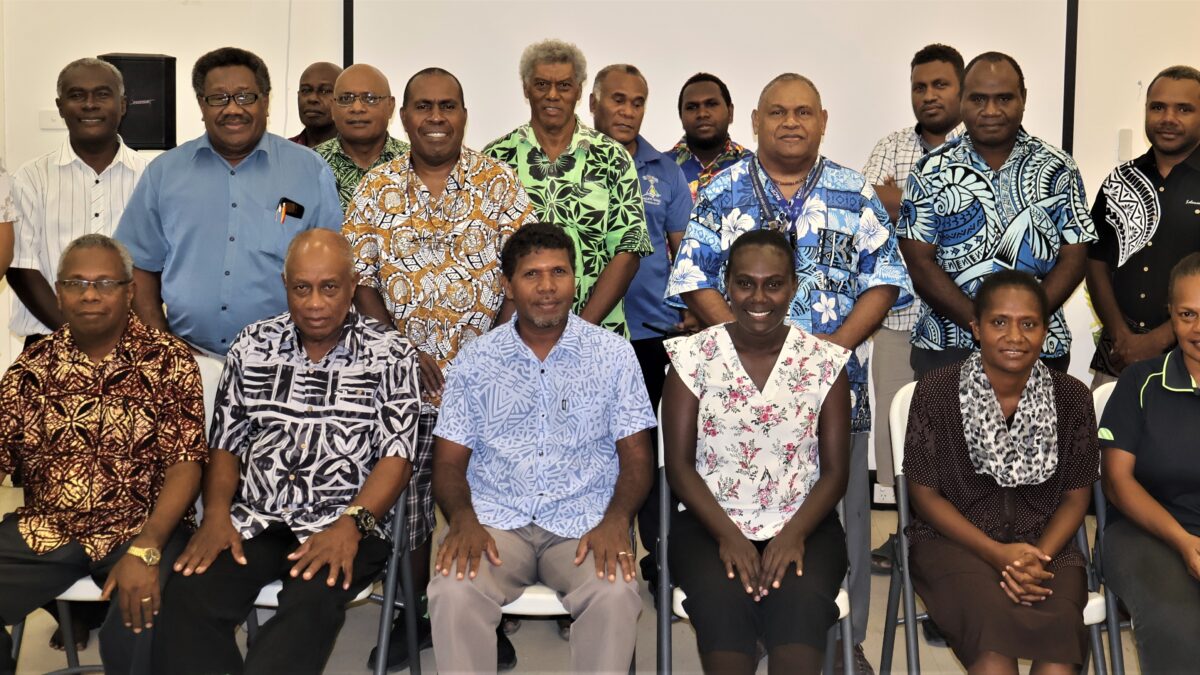 The Government Services Integration Committee (GSIC) of the Office of the Prime Minister and Cabinet (OPMC), held a successful and productive meeting with Heads of Churches Represented by SICA and SIFCA on Friday 28 October 2022, to discuss collaboration and working together in strategic key areas in Honiara City for the upcoming Pacific Games 2023.

The meeting held under the theme: Safe and Green Games, between OPMC and the Honiara City council with Churches, discussed areas of cooperation and support in preparing the City for the upcoming Pacific Games.

Chair and Coordinator of GSIC, Bernard Bataanisia, informed the meeting of the importance of all Stakeholders, including the Churches, supporting the Government in the Beautification and Cleanup of the City.

“The Churches are an important stakeholder, and engaging with them is also important”, says Bataanisia. “This include, providing spiritual support and counselling, as well as other areas of interests”.

Executive Director of the National Hosting Authority, Christian Nieng, updated the meeting on the Games preparations, and stated that the country is on course to host this major regional event, scheduled for November 19 to 2 December 2023.

A representative from the Games organizing Committee (GOC), Gremaly Jonah, informed the meeting that GOC will also need volunteers to support the delivery of the Games requesting Churches with their various groups and networks to provide such assistance.

The Deputy Secretary, Ministry of Traditional Government Peace and Ecclesiastical Affairs, Ms Emily Kupenga, updated the Churches on proposed activities the Ministry will provide them for 2023 in support of the Pacific Games.

Representative from the Honiara City Council, Ms Ela Rizwold, updated the Churches on the HCC Bye laws and the activities undertaken by HCC in preparing the City for the Games. This include regulations for selling food as well other requirements. This are important messages that the Churches can inform their members.

Representatives of both SICA and SIFGA thanked the Government for the update and expressed their readiness to support the Government in the successful delivery of the Games.

They will also liaise with their members to inform them of the Games and key tasks and responsibilities.

Mr Bataanisia, thanked the Churches for the meeting saying the Government will continue to engage with the Churches, and other stakeholders in preparation for the 2023 Pacific Games.