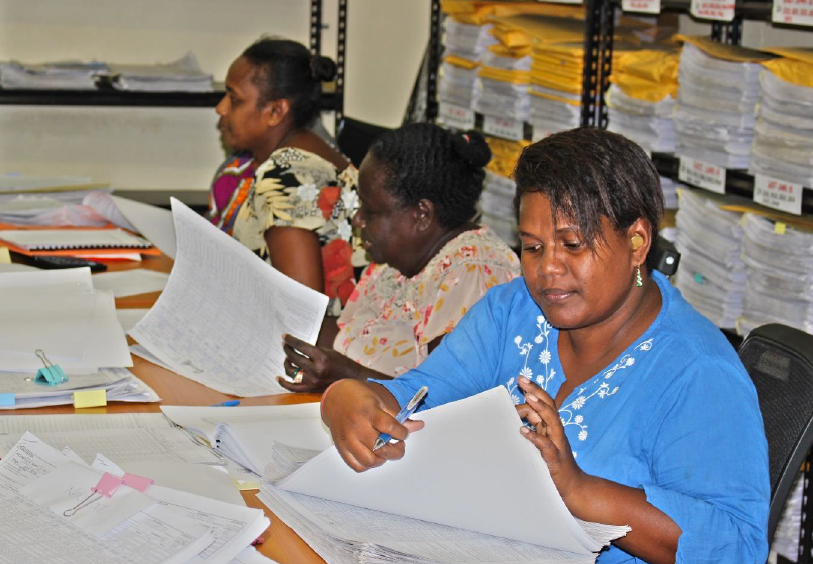 Data Quality Check (QC) of the 2019 National Population and Housing Census is currently underway at the National Statistics Office/Census Office in Honiara.

This was after all the census filled forms from all the provinces were collected and registered by the census office over the past months.

The census office has recruited Quality Checkers and Coders on short-term contract basis and now they have begun work since last week.

Most of the officers were part of the National Statistics Office’s (NSO), previous surveys and the recent 2019 Census.

Government Statistician and Census Commissioner Douglas Kimi said this is a crucial aspect in any census major operation to make sure information that will be provided in the final report is of quality.