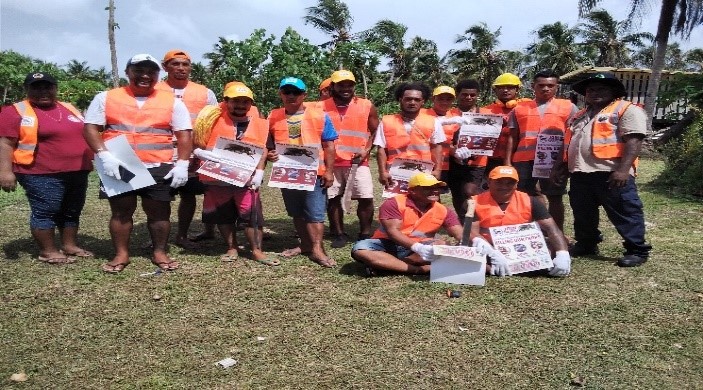 Posters, brochures and merchandises on CRB has been distributed to the casuals workers and the communities.

The Biosecurity department together with the Biosecurity Emergency Coordination Centre (BECC) of the Ministry of Agriculture and Livestock in its continued efforts to contain and managed the spread of the Coconut Rhinoceros Beetle (CRB) in the country has recently conducted awareness and clean-up/sanitation program on the islands of Bellona and Rennell Islands, Renbel Province.

The clean-up/sanitation program was successfully conducted with funding support from the second batch of funding by the New Zealand Ministry of Foreign Affairs & Trade through the Ministry of Agriculture & Livestock – Biosecurity Department.

While in the provincial headquarter, Tingoa; the team made a courtesy visit to the provincial Premier Hon. Willy Tuhagenga and met with his executive.

At the meeting the team briefly updated the provincial executive on the ongoing work to contain and managed further spread of CRB in other parts of the country including Renbel Province. The team also informed the premier and his executive of the activities that has been conducted while they are in the province. 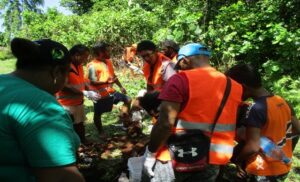 The Biosecurity officers that led the teams to Bellona and Rennell also do direct recruitment of casual workers. In Bellona casual workers has been recruited from ward 7 to ward 10 covering the whole island, while on Rennell Island, recruitment has been done only in wards 4 & 5. The casuals were unemployed youths and men are from the two islands.

Community consultation, Awareness and interviews were conducted in both islands, People were well aware of the Coconut Rhinoceros Beetle which has now become a great threat to their community livelihood and economy. Posters, brochures and merchandises has been distributed to the casuals and the communities. 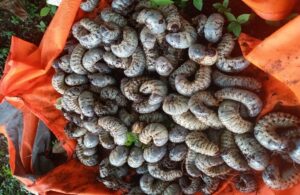 The biosecurity team therefore encouraged Rennell and Bellona agriculture extension officers to continue working closely with the plantation owners and good people of Rennell & Bellona islands to closely monitor the coconut plantations and dead stock piles to avoid any further breeding of the CRB on the stock piles. They advised that the chopped coconut trunks when dried be burnt as soon as possible.

Plantation owners must take the lead in this fight, regularly monitor the coconut palms for infected trees, cut down as soon as identified, to avoid further breeding and spread of the deadly beetle. 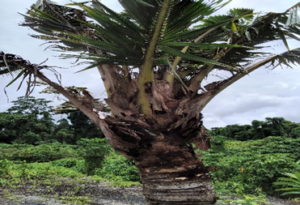 Clean-up and/sanitation work will continue again on other provincial sites according to the BECC proposed work plans for this year 2022.

The ministry (MAL) through its Biosecurity department has carried out active campaigns to eradicate and contain it within outbreak area but was not able to do so. To date it is now confirmed that the CRB has spread to some parts of the provinces except for Choiseul province and the worst infected provinces are Malaita, Guadalcanal, Makira (mostly Ulawa), Central Province especially Russell Islands and Ngella and Rennell and Bellona and Malaita Outer Islands (MOI).