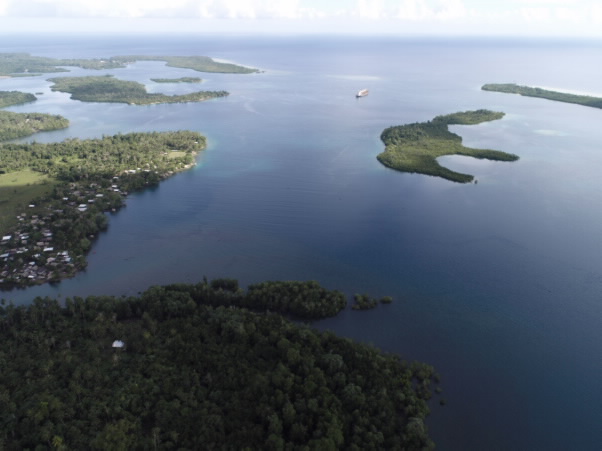 The Bina Harbour Tuna Processing Plant project on Malaita is well on track regardless of the hurdles experienced during the course of the project in previous years.

The Ministry of Fisheries and Marine Resources (MFMR) last week made the clarification rejecting a news item published in the Solomon Star on 21 April, claiming that the Project is poorly resourced, not prioritised, and making slow progress.

The article paints a misleading picture of the progress of this complex national priority project, which the Ministry of Fisheries & Marine Resources is mandated to deliver.

A statement from the Ministry said all projects that require mobilisation of land through effective, sustainable community engagement to ensure rights holders are well informed and that their interests are safeguarded, is a painstaking process that cannot be hurried.

MFMR has undertaken a very lengthy community engagement and land mobilisation process, which was essentially concluded by the High Court ruling in 2016. A lengthy process of engagement with the landowners was set in motion which led to the election of trustees in 2021. One of the parties chose to re-agitate the matters already determined in 2016 so an application was made to court to strike out the action. The decision of the court is expected in the next few weeks, which will enable the landowners to proceed with the other governance matters.

While the Ministry’s development budget allocation for the Bina Harbour project is relatively modest, in keeping with the limited resources that all Government agencies must live within these difficult times, the true story of resources committed to the project is remarkably different.

Thanks to the long-standing commitments of development partners, particularly New Zealand, Australia, and the International Finance Corporation (IFC) of the World Bank Group, the project is receiving and will go on to receive unprecedented technical and financial support.

These commitments demonstrate our development partners’ recognition that the Bina Harbour Tuna Processing Plant Project is not only of key national importance, but well on track to achieving its ultimate aims.

Major progress with the Bina Harbour project is set for 2022 – New Zealand is presently engaging a contractor to manage the Bina Harbour Project office, in premises newly-fitted out by MFMR. New Zealand will fund staffing and operation of the office over 5 years at a cost of around NZD 12.5 m. The office is expected to be fully operational by August this year, taking on the responsibilities of the present Bina Harbour team, which has also been supported by New Zealand.

At the same time New Zealand has funded a MFMR unit dedicated to safeguarding the interests of Bina area communities who hold the legal/ Kastom rights to the land, water source and harbour access required for the project. New Zealand’s commitment to this is budgeted at NZD 2.3 m and the setup of this unit is now in process.

The International Finance Corporation has financed detailed preliminary studies of the commercial and resource-based feasibility of the project and the scoping of the infrastructure required to attract an investor to construct and operate a tuna processing plant at Bina, at a cost of around USD 200,000.

IFC’s confidence in the project is recently demonstrated by the signing of an ongoing advisory service agreement with MFMR, under which IFC will fund four major technical, legal, environmental, and socio-economic studies during 2022 that are crucial to advancing the project. IFC is also supporting MFMR’s engagement with potential investors, bring its global knowledge and experience to the commercial arrangements that will be agreed with an investor to ensure Solomon Islands’ interests are best served. The value of these services is estimated at USD450, 000.

Australia has shown great interest in the Bina Harbour project and indications are that Australia will seriously consider supporting the financing of the seaport at Bina, which will cost an estimated USD140 m.

This is consistent with Australia’s broader commitment to supporting our national infrastructure development through the National Transport Core Initiative and the Solomon Islands Infrastructure Program (SIIP).

SIIP has recently approved financing of a technical study to scope the water supply and wastewater management needs for the tuna processing plant and an emerging Bina Township. Solomon Water will oversee this work, which will cost around AUD 500,000.

Under the MOU between MFMR and the Malaita Provincial Government the project has established close consultation and collaboration with MPG officials and benefits from their crucial in-kind contributions and guidance.

USAID is also expressing interest in supporting the Bina Harbour project, potentially through its present activities in Malaita on water catchment management. The US Trade & Development Agency has also expressed interest in the project, with the potential that it could support any US firm that invests at Bina.

Bina Harbour is a complex, multi-layered project effort, involving many stakeholders whose interests must be met. This includes the interests of potential investors who may have concerns about sustainable land settlement.

Despite this, MFMR has secured expressions of interest in establishing a major tuna processing operation at Bina from two of the three largest global tuna industry players, it has the full support of the National and Provincial Governments, and the support of the concerned communities.

The project is now well placed to realise the long-held national ambition to bring real economic development to Malaita and to benefit our national well-being.