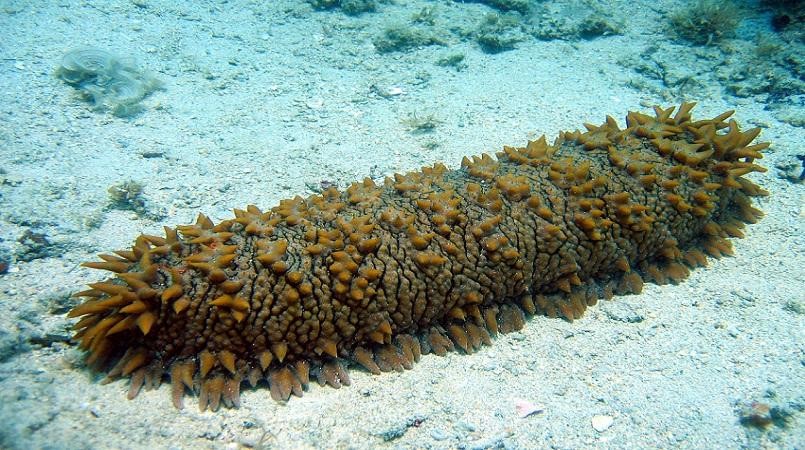 WHY BECHE-DE-MER BAN IS NECESSARY

The current nation-wide ban imposed on beche-de-mer harvesting is necessary to control over harvesting of the marine product.

A statement from the Ministry of Fisheries and Marine Resources on Friday highlighted that export data and stock assessments have shown that low value species and under sized products dominate the export volume, which indicated over harvesting.

Data have shown that in the past only high valued species such as white teat fish, blackteat fish, sand fish and green fish were targeted for harvest. However, the export trend from the last decade revealed that low value species such as lolly fish, snakefish, lemon fish and others were also harvested which points to over harvesting.

A recent stock status survey in selected parts of the country revealed a low stock density. This means that in a particular given area of reef, there were very less sea cucumbers found. This is alarming as successful external fertilization will be very low during spawning periods if there are less animals in a given area.

In other words, given that sea cucumbers release eggs and sperm as individuals in the water before fertilization of eggs can take place, low numbers of animals in one area means low levels of fertilization and therefore low recruitment of new baby animals.

A size-length frequency survey on beche-de mer exports during the last harvest season found that more than 80 percent of the volume for export was under sized.

The Ministry’s Deputy Secretary Technical, Rosalie Masu said there are strong evidences that showed that the current stock continues to deplete and the ban is intended to prevent further depletion.

“Our stock will collapse if unsustainable harvesting continues so the ban will remain until the stock recovers,” she said.

Meanwhile, the Ministry of Fisheries and Marine Resources continues to encourage communities to venture into other fisheries products such as crayfish, reef fish and tuna, coconut crab, mud crab, black lip and gold lip pearl oysters, trochus and seaweed farming.

Earlier this week, the Director of Fisheries issued a warning against illegal harvesting activities in view of the current ban.

Edward Honiwala said his Office has received reports that people in some coastal communities continue to harvest beche-de-mer in spite of the ban aided by some business entities.

The Ministry of Fisheries and Marine Resource is investigating these reports.