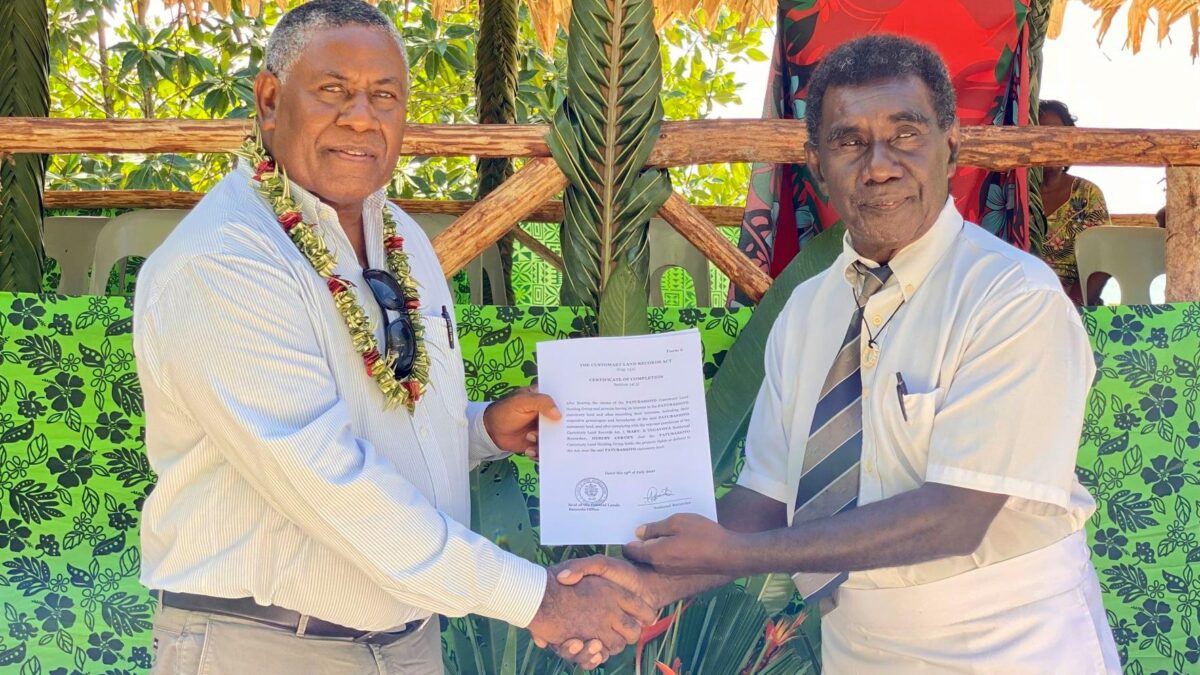 Hundreds of tribal leaders and people of the Patubasioto Customary Land in the Vona Vona Lagoon in the Western Province have celebrated a historic certification of their customary land on Thursday 15 July at Petunia Village.

The certification, which also recorded the tribe’s genealogy is now legally recognised and will be registered in the Customary Lands Record repository at the Ministry of Lands, Housing and Survey.

The Customary Recording programme is one of the major policy programmes of the National Government, which is supported by the UNDP’s Inclusive Governance for Natural Resources Project (IGNRP) in Solomon Islands.

The Western Provincial Government and the Agosimaema House of Chiefs of Vona Vona region are also key partners and supporters of the programme during its roll out phase in the Province.

The Minister of Lands, Housing and Survey, Hon. Ishmael Avui led a joint Government and UNDP delegation on Thursday 15 July to formally handover the certificate to tribal leaders at a historic ceremony at Petunia village in the presence of hundreds of tribal members.

Minister Avui told the gathering that the purpose of recording land under the Customary Land Records Act derives from the challenges and long history of land administration and management under the Torrens Land Registration System that Solomon Islands adopted since 1978. 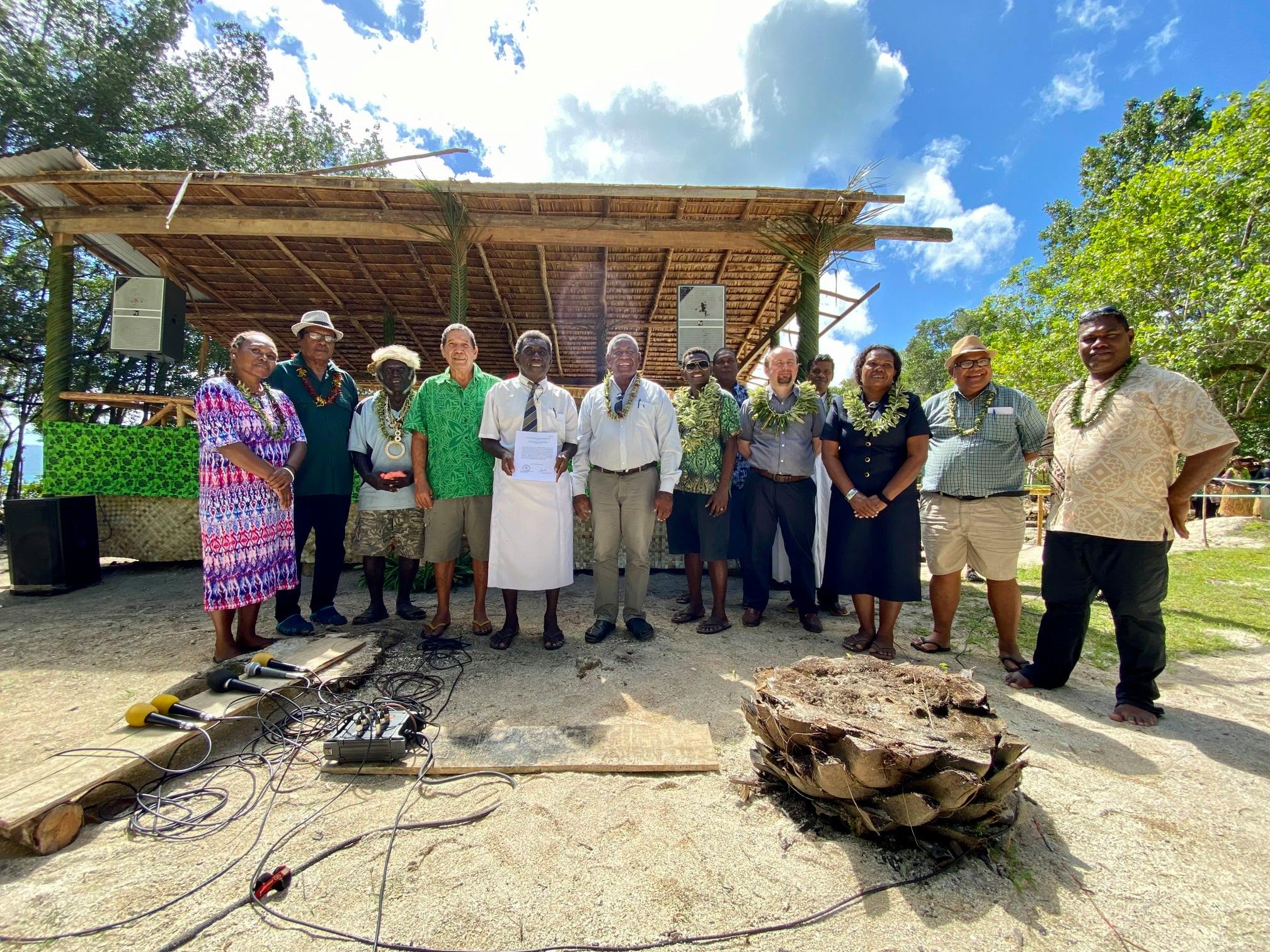 “This necessity is fundamentally derived from the wishes and desires of customary landholding groups to secure their customary land rights but still maintain the status quo of their land.

Land Recording, according to the Minister also increases landowner potential and ability to emerge and engage into land markets. Similarly, Land Recording also serves the purpose of guaranteeing the rights of the tribe to own, use and manage land peacefully to keep civilization and society going.

“We all accomplished a very important milestone, one which is a major step in the journey of our lives. One that should be recognised for its significance. Coming this far shows commitment but also one that we should all be proud of. We have all worked hard to get to this day and all efforts are much appreciated and acknowledged within our government machinery,” Avui said.

The Minister added that a Certificate issued under the Customary Land Recording Act is an accomplishment that can open many doors of opportunity for landholding groups.

The Patubasioto Customary Land was one of the project sites for customary land recording under the Customary Land Records Act in the Western Province. The recording process began in mid-June 2020 in partnership with the UNDP under its Inclusive Governance for Natural Resource (IGNR).

The first ever Certificate of Completion for Customary Land Recording was issued in October 2019 to the Barora Fa, Gaghe and Pizuana customary landholding groups in Kia, Isabel Province.