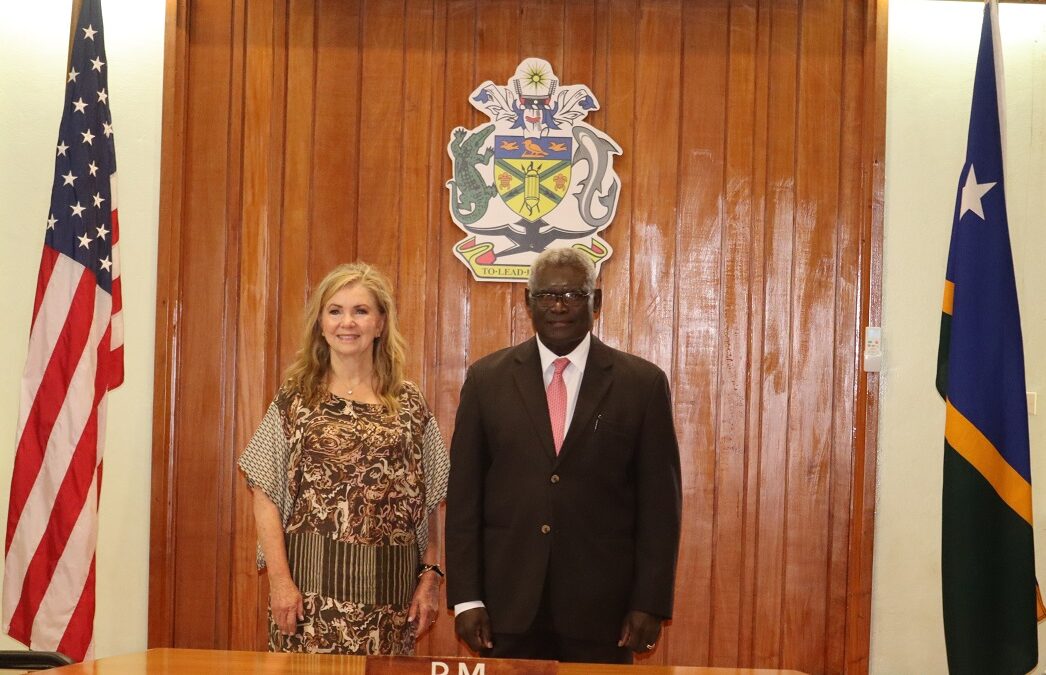 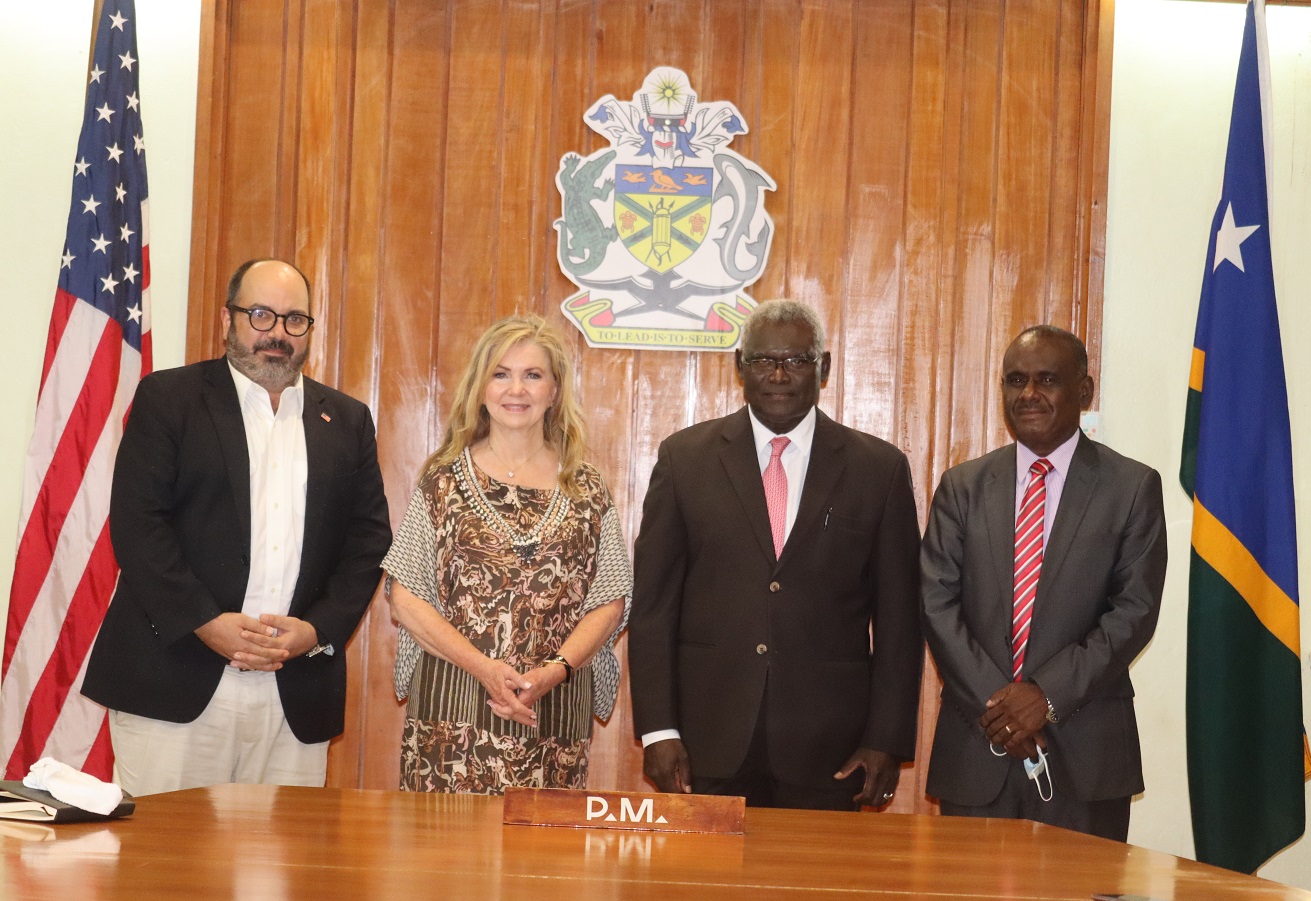 A United States Government delegation led by Senator Marsha Blackburn made a courtesy visit to Prime Minister Manasseh Sogavare in Honiara this afternoon.

The purpose of Senator Blackburn’s visit is to provide a member of the U.S. Senate Armed Services Committee the opportunity to engage senior leaders from Solomon Islands and to facilitate high-level military and foreign policy discussions and the relationship they have to the strategic security challenges in the region. 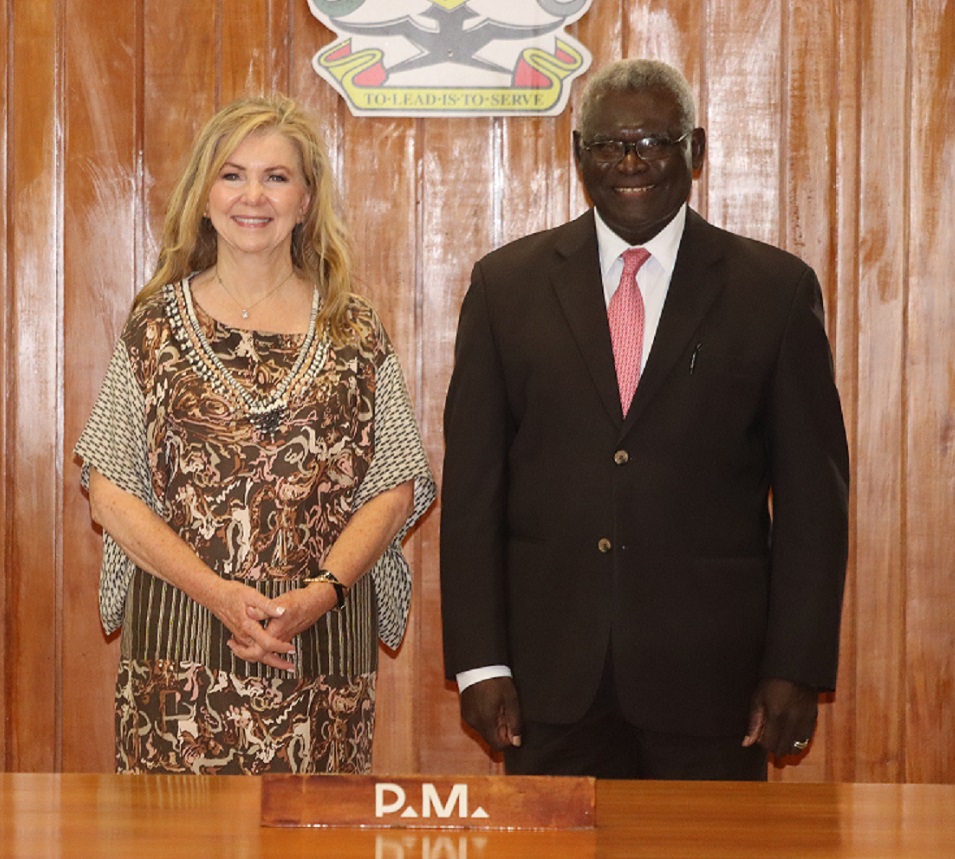 The two leaders discussed issues on Solomon Islands-US diplomatic relations which was formalized on the 9th of October 1978. Formal ties between the two countries spans over forty (40) years, with engagements in security, economic sector and people-to-people interactions.

Prime Minister Sogavare welcomed the appointment of a Charge de Affairs in Honiara to oversee operations and the bilateral relations in the interim until a substantive Head of Mission is appointed while also acknowledging that a permanent US presence in the Solomon Islands will strengthen relations between the United States and Solomon Islands, and augurs well for the bilateral partnership going forward.

Sogavare also expressed hopes to see an Ambassador installed as the Head of Mission, in order to fully engage with the Solomon Islands Government on all development issues including the Strengthening Competitiveness, Agriculture, Livelihoods and Environment (SCALE) Program and hoped the SCALE program and other development programs are extended to other provinces as well.

Other areas discussed include the Millennium Challenge Corporation (MCC) Threshold Program, the Draft Partnership Framework for Development Cooperation between SI and US, the Peace Corps Program in Solomon Islands, Unexploded Ordnance (UXO), US Support with COVID-19 Vaccines, Bilateral Economic Relations – US Treaty Agreement and Market access for Kava in US