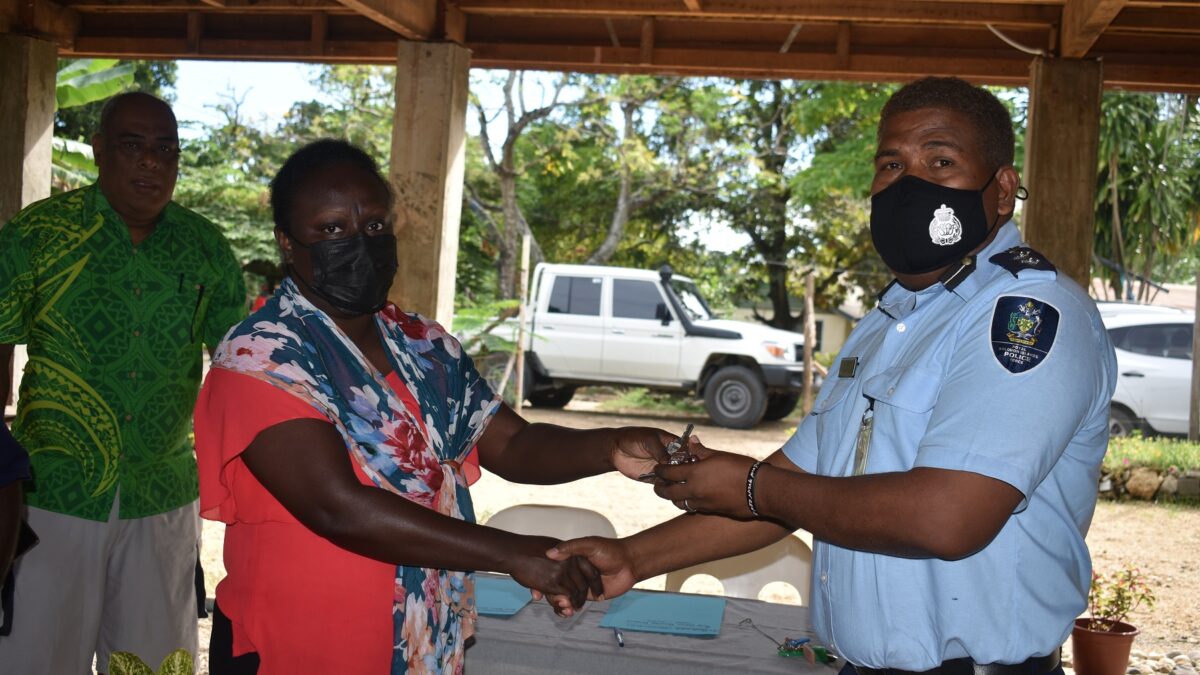 Two new houses cost about 1.5M handed over to police 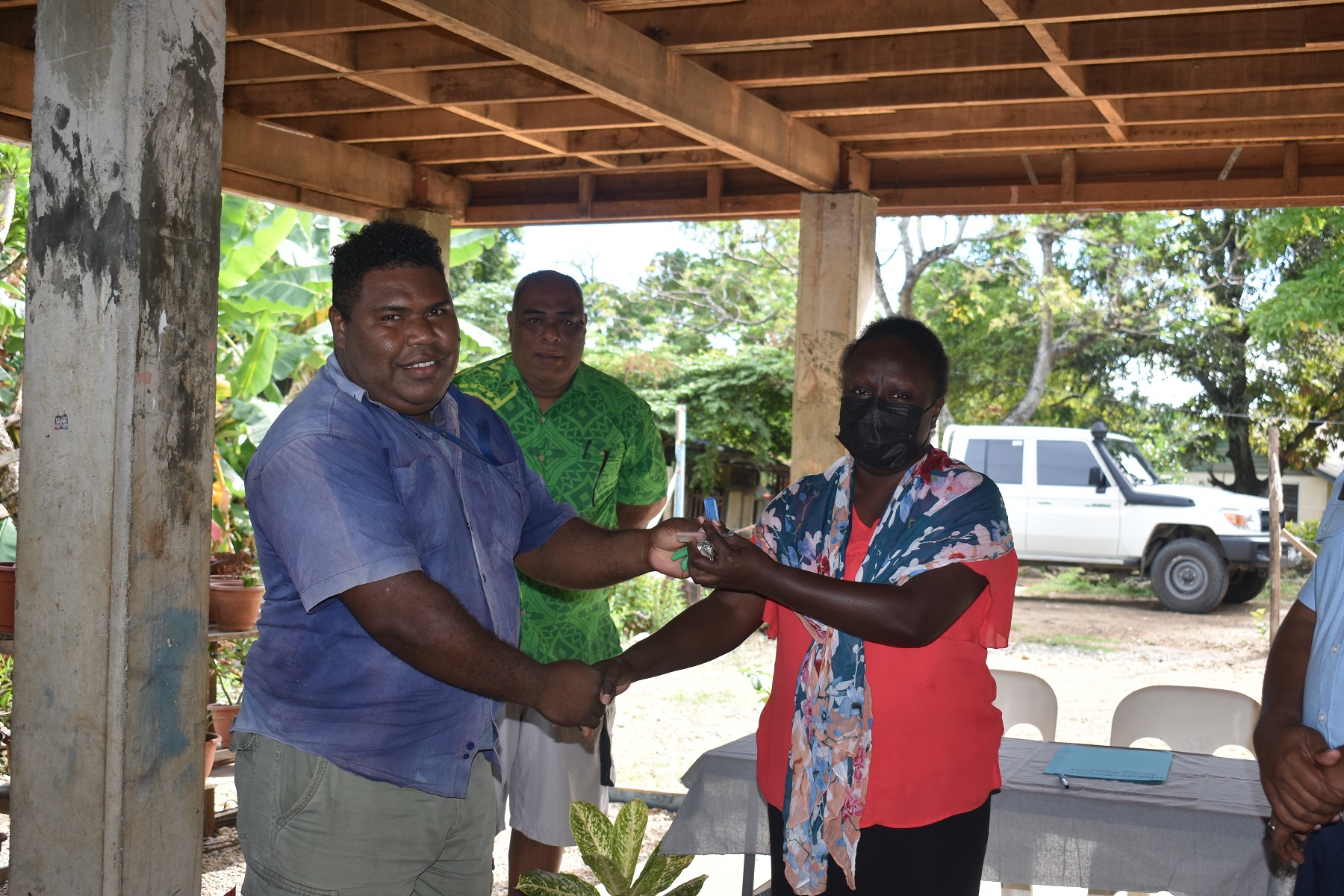 A contractor handing over house keys to PS Karen Galokale 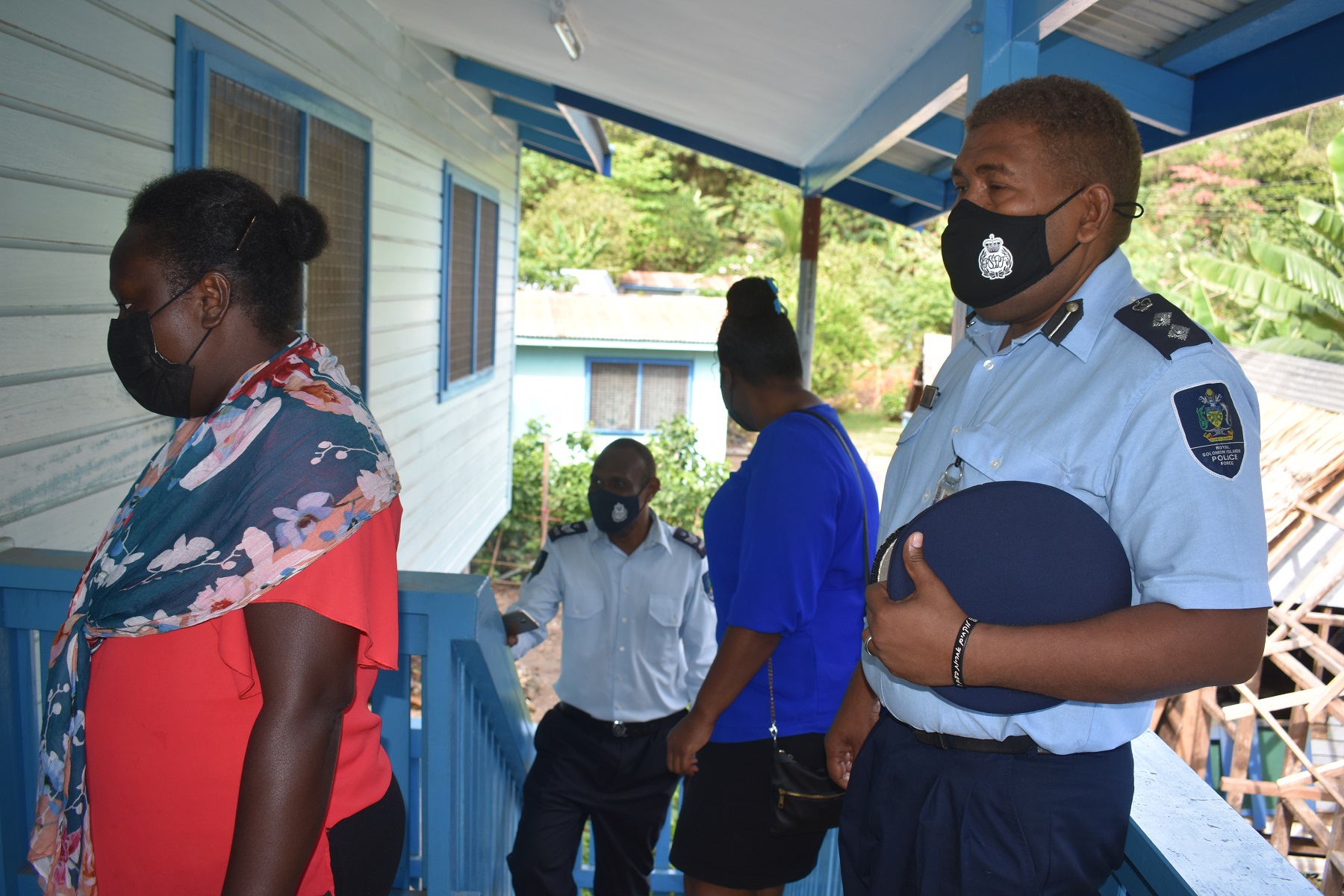 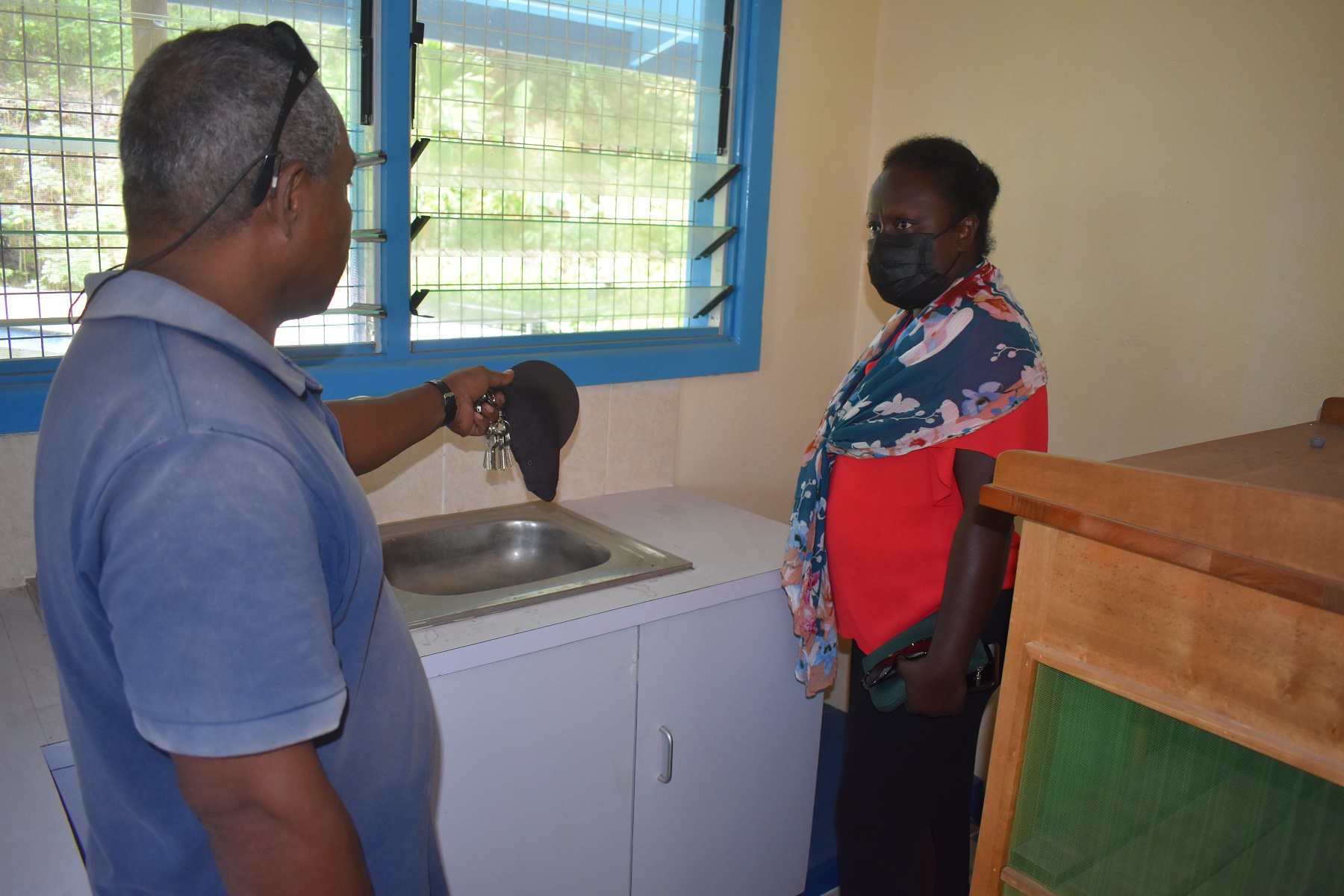 The Royal Solomon Island Police Force (RSIPF) has received two new police houses worth about 1.5 million dollars from the Ministry of Police National Security and Correctional Services (MPNSC) during a handing over ceremony at Rove Married quarter this morning (25 August 2022).

The two new police houses were funded under the Solomon Island Government to improve the welfare of the police officers.

The Permanent Secretary (PS) of the Ministry of MPNSC Ms Karen Galokale during the handing over ceremony said the projects were successfully completed.  The Contractors who delivered the project fully complied with our terms of reference and expectations.

She appealed to the RSIPF to look after the two new police houses as officers need to be accountable for the public resources spent on such projects. It is important that the RSIPF review and strengthen   its governance policy on police housing. This will ensure that officers take full responsibility of looking after these houses and are also held accountable for any damages that may be caused to the houses.

Supervising Assistant Commissioner (AC) Corporate Support Chief Superintendent Stanley Riolo said thank you to the PS and team for considering the welfare of our police officers and the organisation.

AC Supervising Mr Riolo said we will take full responsibilities to take care of the houses. Let the ownership vested on us to look after the house and we will look into the documents to govern the house.

The two new houses, one at zone 6 which is very close to Bishop Epalle Catholic School and the other very close to the junction going up to Tavio and Ngossi ridge.

Mountol Enterprise Limited and JF Construction were the two contractors engaged in the project.