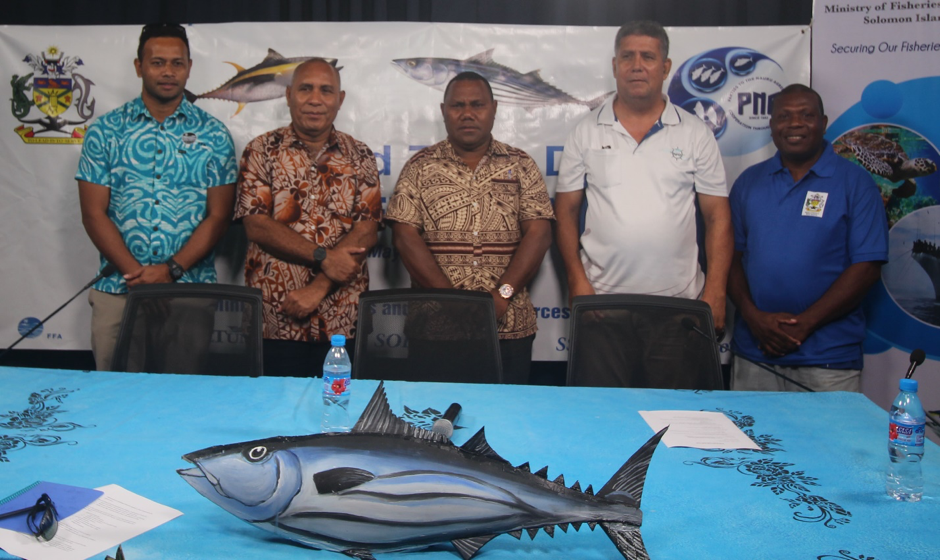 Revenue earned from our tuna fishery is ranked second by the Ministry of Finance after MoFT’s IRD and Customs, Permanent Secretary Dr Christain Ramofafia revealed during the Radio Talk back show on Sunday.

The talkback show was organised as one of the two main events to mark the World Tuna Day, which is celebrated around the World.

He said revenue earned from our tuna fisheries annually by MFMR, is more than SBD$300 million and that contributed to the ranking.

“This is mainly from the sale of our fishing days to foreign and local companies.  This excludes earnings generated by sales of tuna by NFD or tuna products by Soltuna,” he added.

Dr Ramofafia said the COVID-19 did not affect the revenue earned last year through the sale of the fishing v-days and licenses however; this may change by the end of this year.

He mentioned this when asked about the impact of COVID-19 on the fisheries sector and in particular, revenue earned from our tuna fisheries.

However, while revenue earned from the sale of fishing days is still unaffected because of Covid 19, one of the programs impacted by the pandemic is the Observer Program.

Fisheries Director Mr Edward Honiwala said with the Observer Program was suspended last year due to the pandemic and this pauses risk as fishing vessels captains may not give correct figure of catches or species types on board.  However, the Director was confident that with the vessel electronic monitoring and reporting systems on all vessels, accurate reporting of catches would continue.  He further added that with our strong surveillance systems on vessels, incidents of illegal fishing had declined over the years.

The radio talk back show was one of the two main events the Ministry of Fisheries had organised to celebrate the annual event, World Tuna Day.

The main event was the parade from Honiara City Council office to the Solomon Islands National Museum Auditorium where speeches and other activities were held.

Those who turned up for the day’s main celebrations were kept busy all through, as there were quizzes and tuna label draws been made. Winners received canned tuna packs, T-shirts and coffee mugs.

There were also stalls being set up at the venue by the Ministry of Fisheries, the industry and FFA.

The climax of the day was the judging of the Tuna Dish Competition, which was well represented in the two categories organised for the competitors.