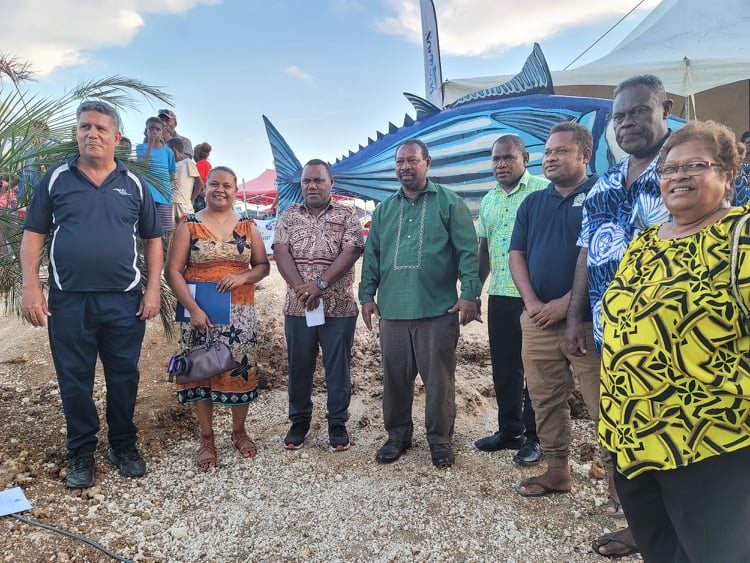 Minister Giro with other officials

The Minister of Fisheries and Marine Resources, Nestor Giro highlighted this over the weekend at celebrations marking World Tuna Day in the Tuna town of Noro, Western Province.

In the last two years, Minister Giro said there has been a significant increase in employment in the tuna sector.

He said more than 2700 locals are employed, which from his Ministry’s record, shows more than 75% are employed in the processing sector while 25% in the fishing sector.

“We understand that many more are employed indirectly through this sector”, Giro said.

The theme for this year’s World Tuna Day celebration is “TUNA…OUR PRICED ASSET” which reflects the importance of Tuna to the National Economy and people’s livelihood.

Similar celebrations were held in Honiara on 6 May, which gathered Tuna Industry players including the Ministry of Fisheries and Marine Resources, the Forum Fisheries Agency and Honiara-based Tuna Industry members.

Activities organised for the celebrations in Noro ended on Sunday 16 May.