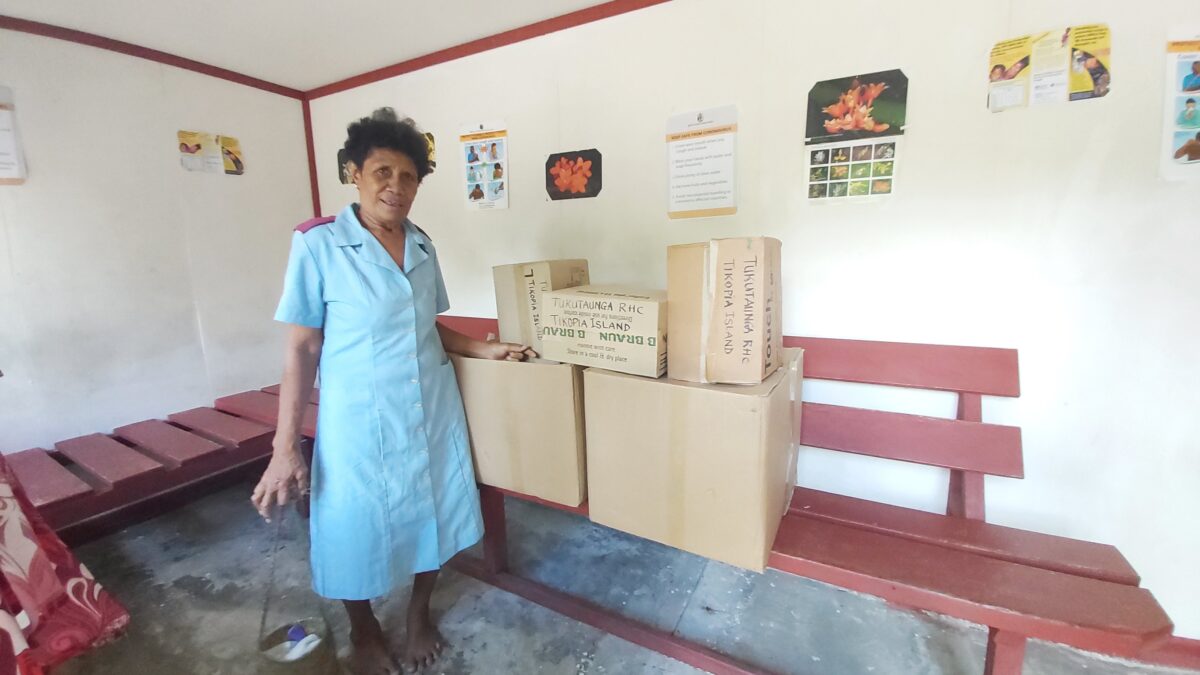 The medical supplies were transported via Patrol Boat and delivered when the Prime Minister Manasseh Sogavare visited Tikopia Island on Wednesday 09th June.

“The medical supplies could not be sent on time because of transport difficulties facing the province especially Tikopia, Anuta and Vanikoro Islands,” said Tealiki.

Tealiki said the Temotu Provincial Health Authority in Lata always make sure that medical supplies to Tikopia and other Islands are sent through any first available transport.

Tealiki hoped the medical drugs received will last for the remaining two quarters of this year.

“The amount of drugs received should cater to reach the month of November or December this year,” he said.

Meanwhile the one and only serving Registered Nurse working at Tukutaunga RHC Monica Fonotusi said it becomes a real problem especially when the medical drugs have ran out.

“When we ran out of medical drugs, we live on faith through our prayers by prayer groups on the Island and waited patiently for drugs to arrive before treating a patient,” Fonotusi expressed.

Fonotusi said transport difficulty is the main challenge faced by the Tikopians.

“Transport difficulty has really affected us and contributed much to the late supply of our medical supplies,” she said.

Fonotusi is grateful for the delivery of the medical supplies and thanked the Provincial and National Governments for the effort in supporting the medical services for the people on the island.