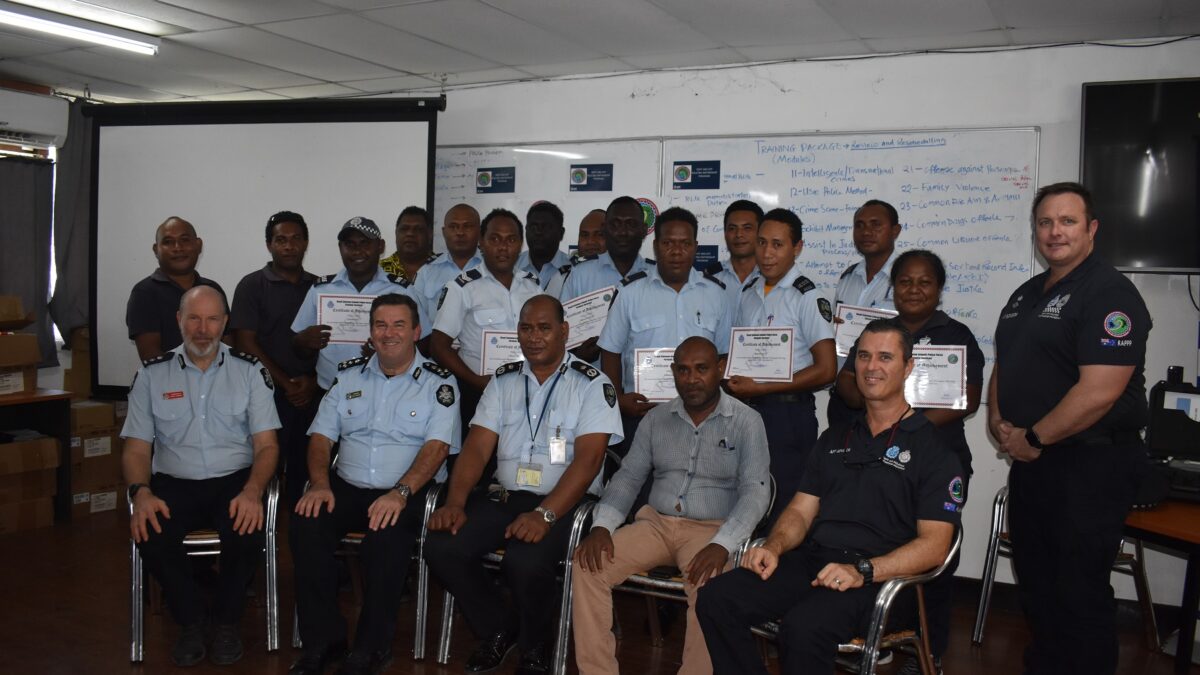 A group photo of participant with Commissioner of police 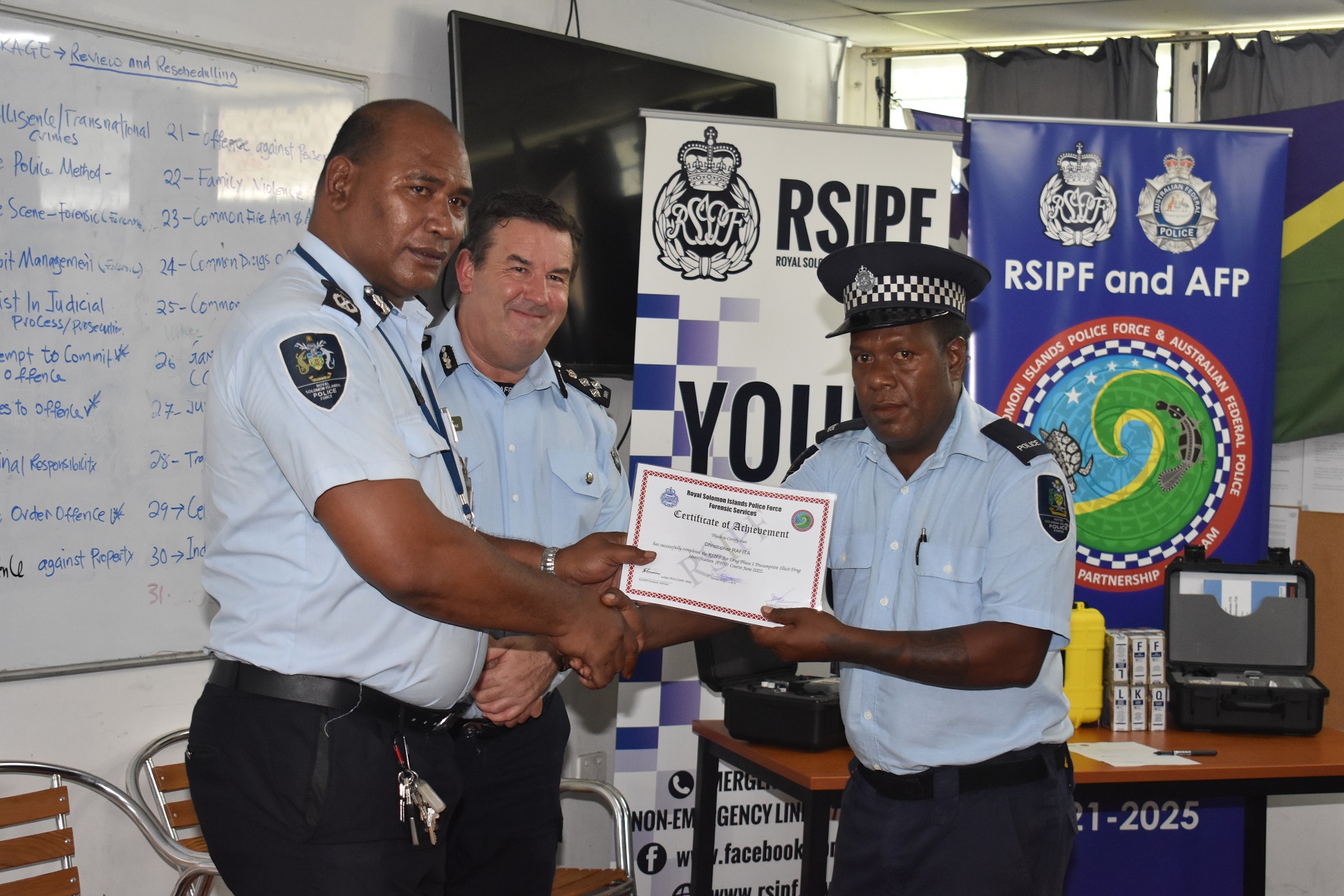 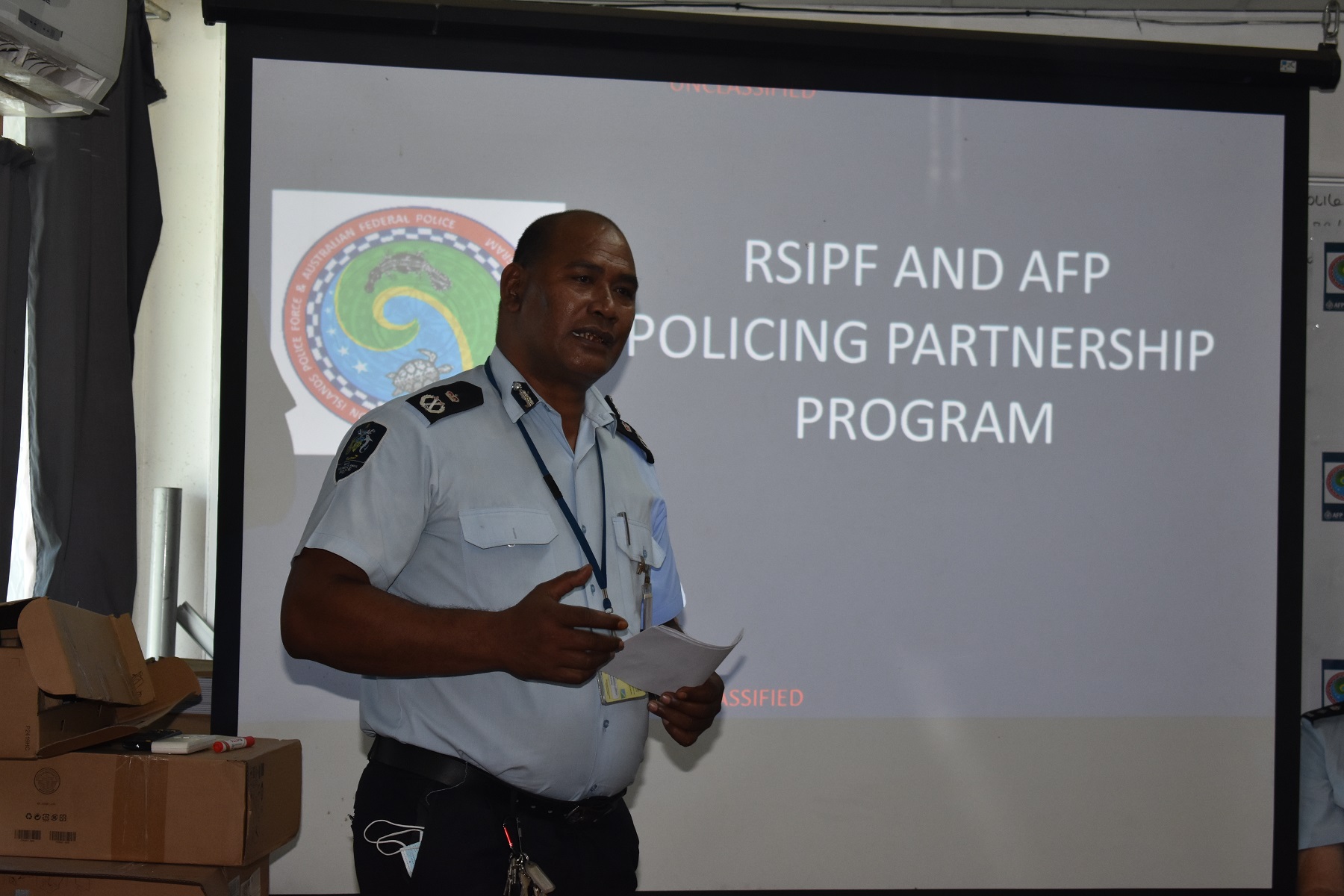 Thirteen (13) officers of the Royal Solomon Island Police Force (RSIPF) from Provincial Police Stations have received their Forensic certificate of attainment after a week training in Honiara this afternoon (17 June 2022).

Commissioner of RSIPF Mr Mostyn Mangau said I hope that the knowledge and skills you have acquired through these past five days will be beneficial throughout your career and will enhance the RSIPF efficiency and competency in dealing with drug related matters.

Commissioner Mangau said the successful completion of this Forensic second training course is another achievement for the RSIPF. You should be proud of this course. It is an initiative implemented to develop drug capability within the RSIPF and equip the provincial and Honiara base officers with knowledge and skills to develop relationships.

Mr Mangau said that this includes investigations and intelligence aspect and sharing of intelligence for maximum operational effect nationally and internally. Such enhanced capability will strengthen operational policing in Solomon Islands and in the pacific.

He said that the course further enhanced skills of the participating officers and at the same time enabled the Honiara Forensic expert team to have support in the provinces and also to develop the participants in their career pathway to RSIPF Forensic scene of crime officers.

The Police Chief said the course participants attained skills that will enable RSIPF to respond to drug investigations not only in Honiara but also in the provinces and confidently conduct presumptive drug testing.

“I would like to thank the Australian Federal Police (AFP) Policing Partnership Program (RAPPP)  for the gifted webcams and other forensic consumables that will allow the RSIPF officers to utilize their acquired skills in responding to drug investigations and conduct presumptive testing effectively, collect intelligence and share information easily,” says Mr Mangau.