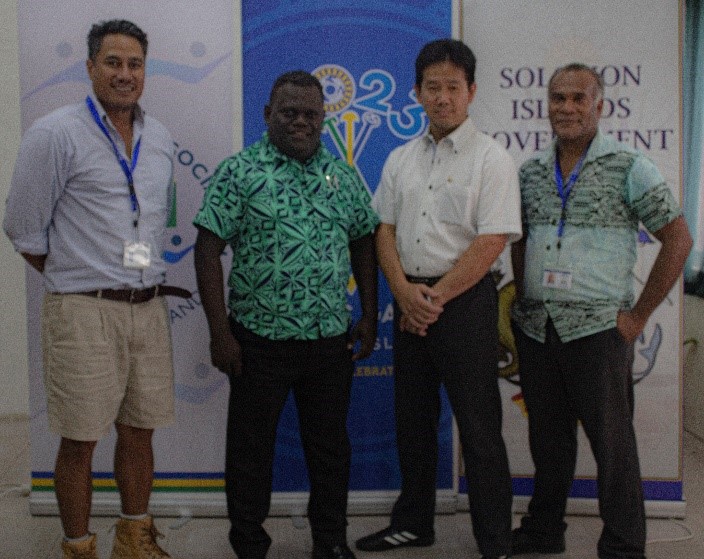 The Japan International Cooperation Agency (JICA) has agreed to allocate $44.1 million dollars from the JICA-Covid-19 Crisis Response Emergency Support Loan provided by the Government of Japan to the Solomon Islands Government (SIG) to fund four specific projects to support the 2023 Pacific Games through the National Hosting Authority (NHA) that is responsible for the delivery of the 2023 Pacific Games in November 2023.

The funds provided by the JICA-Covid Response/Economic Stimulus Loan will support the following four projects:

The HCC and SINU field upgrades and the UXO and Geotech projects are totally funded by the JICA-Covid Response/Economic Stimulus Loan and the PG2023-SIFF Football Academy is Co-financing with the Government of Papua New Guinea.

The SINU field is replacement field to those SINU had lost to the main Pacific Games Stadiums projects. All the fields will however be available for visiting teams to use for their practice and training when they are in the country in 2023.

JICA’s Project Formulation Advisor, Kengo Hoshina, said he is pleased to commit part of the funds to support UXO clearances, which had been a long-standing priority in Honiara and throughout the country. UXOs had taken some innocent lives in recent times and Mr Kengo hopes the contribution will help make the PG2023 sports facilities safe for the 2023 Pacific games and for all users of the facilities in years to come.

The Permanent Secretary of the Ministry of Finance and Treasury Mr. Dentana Mckinnie and Chair of the National Hosting Authority and Secretary to Prime Minister Dr Jimmie Rodgers jointly conveyed to JICA and the Government of Japan the Solomon Island Government’s gratitude for this substantial support that will help the government provide world-class facilities that are safe for the people of Solomon Islands to use before, during and after the 2023 Pacific games.

The Permanent Secretary Ministry of Finance and the Chair of the NHA and Secretary to Prime Minister commended the joint efforts by the Ministry of Finance led by the Accountant General and NHA led by Executive Director of NHA’s Project Management Unit and Secretariat to the PG2023 Games Facilities Committee, Mr Eldon Tepa for the preparatory work that led to the agreement by JICA to support these important projects under the banner of the 2023 Pacific Games.