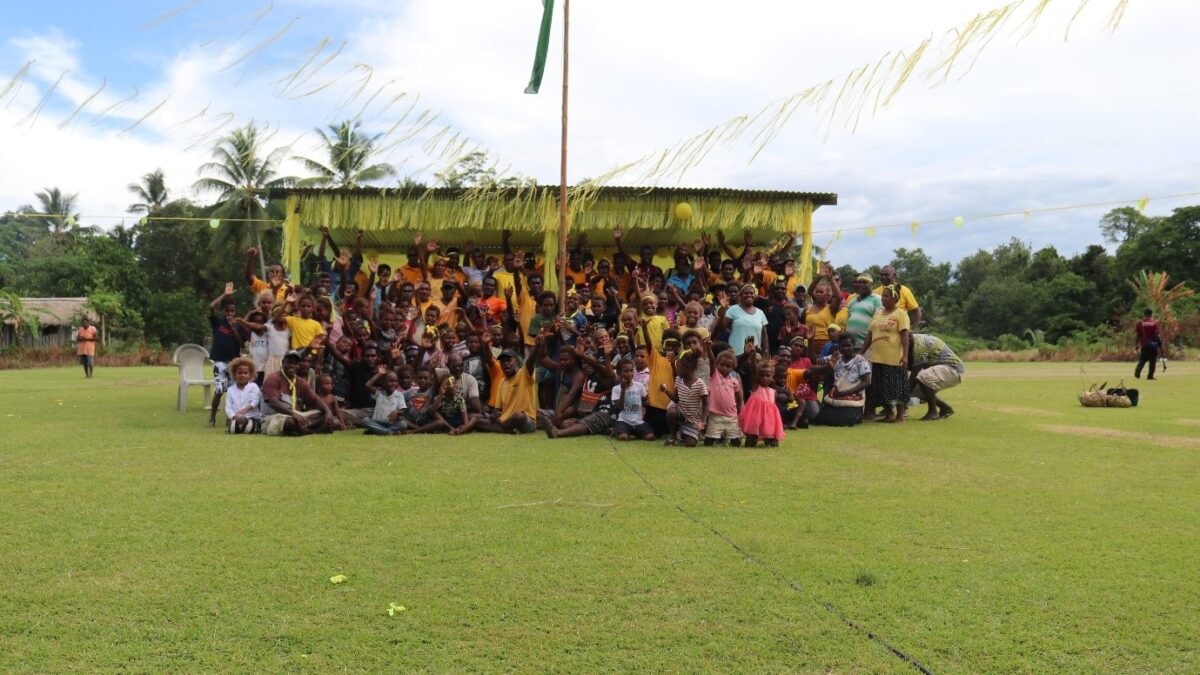 Group photo after the official program 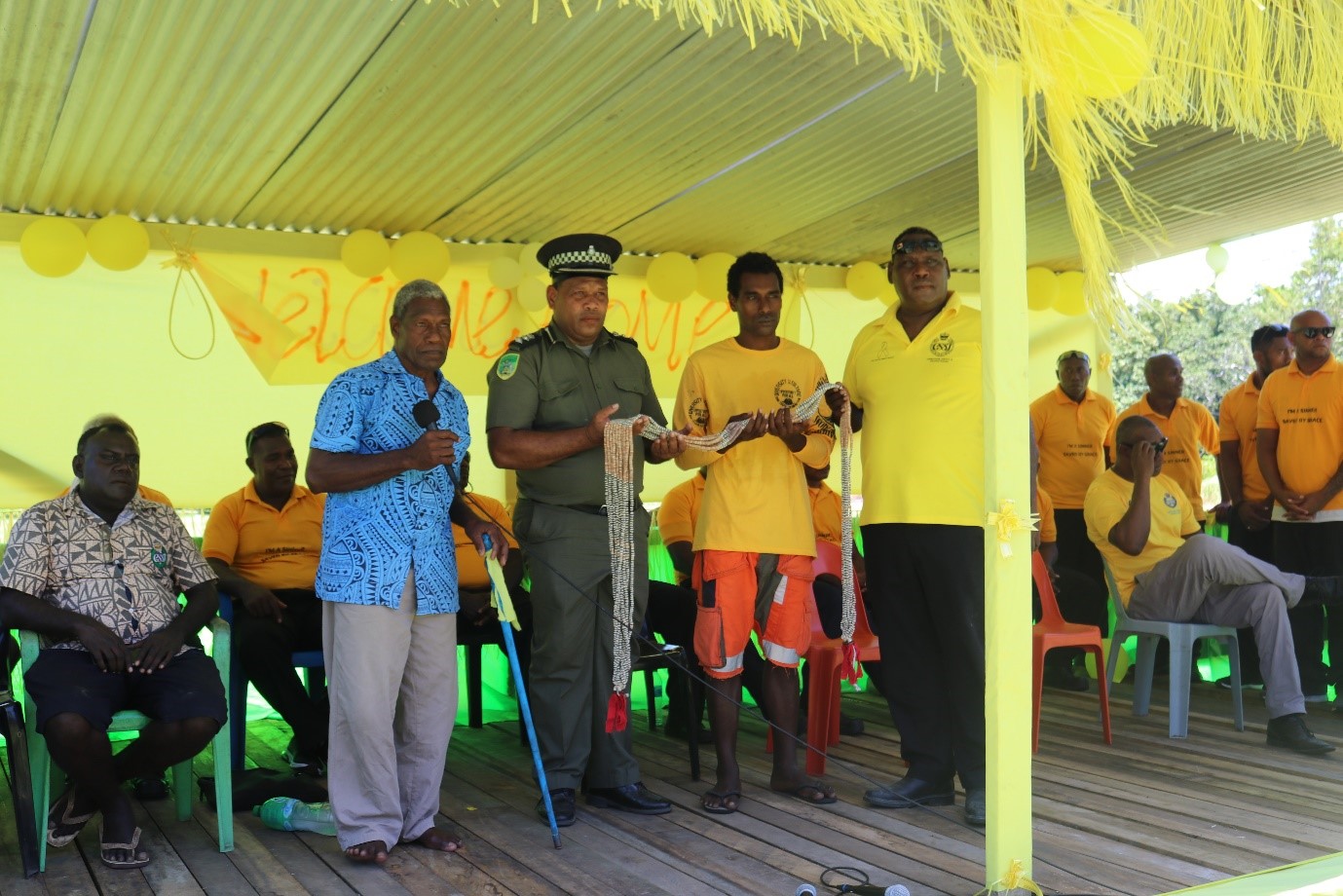 Supervising DCA Mr. Chris Bwekulyi receive traditional gift from the paramount chief after the officially handing over of ex-inmate 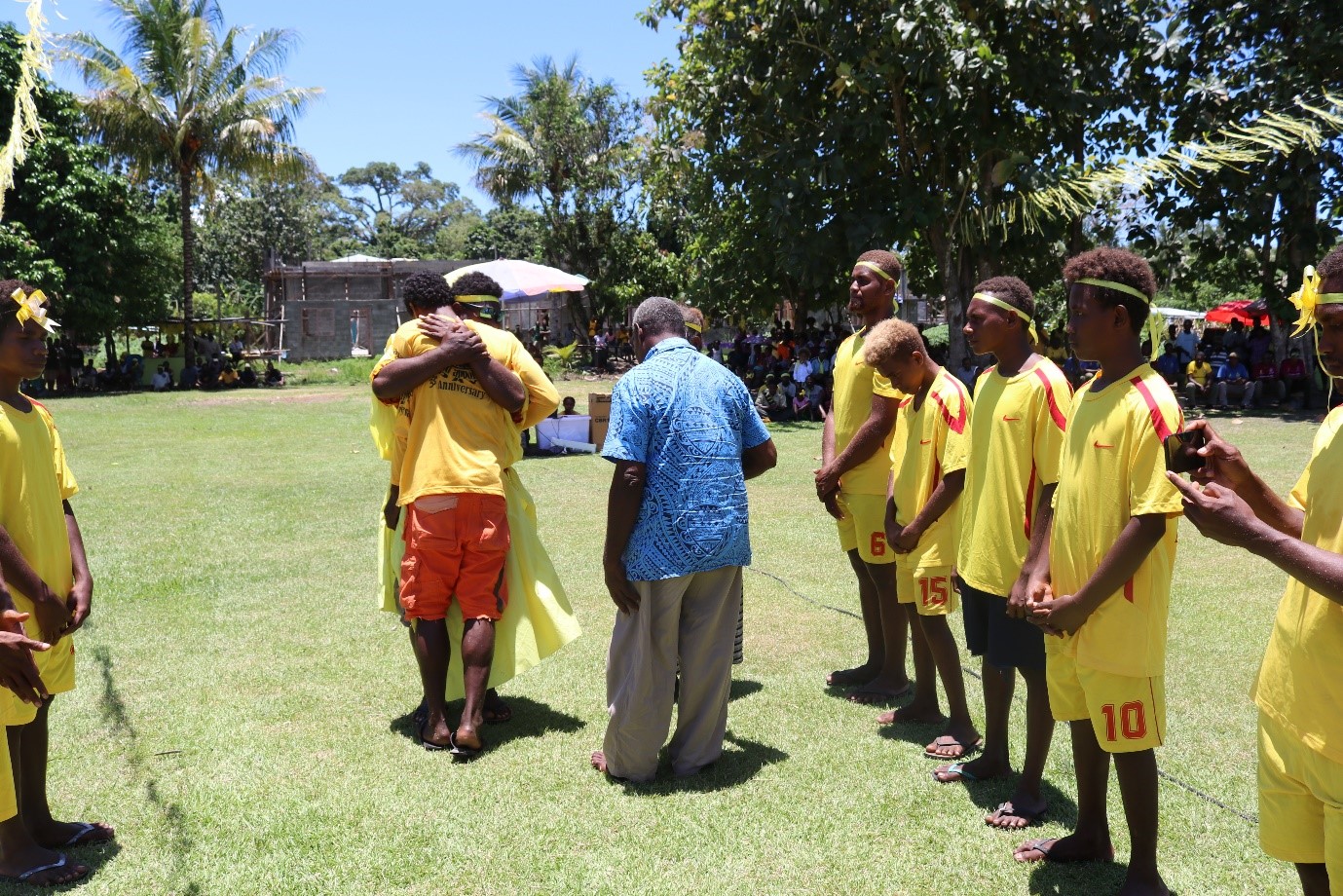 Mr. Hendry Saea receive his son from the paramount chief with joy and tears

On Monday 10th, an ex-offender from Tetere Correctional Centre (TCC) was formally released from his imprisonment.

The ex-offender from Kemau village, North East Guadalcanal, was warmly welcomed home by his immediate family members and community leaders. They all accepted the ex-offender to return as part of their society.

Upon his return, hundreds of yellow ribbon were tied around the trees from TCC to his home at Kemau village. It is symbolically an act of solidarity with his family and community and an expression of hope as he safely returns.

Supervising Deputy Commissioner Administration (DCA) Mr. Christ Bwekulyi officially handed the ex-offender to the paramount chief of Tasiboko, who traditionally handed him over to his father.

“I’m thankful to CSSI for supporting and keeping me inside the correctional facility. Ever since I got imprisonment for the crime committed, something I greatly regretted and I have been asking God to direct my path. Self-realisation has taught me to control my temper because that has been my downfall,” the ex-offender said.

Officially, CSSI will conduct efforts to encourage communities to redevelop reintegration processes of hope, safety and acceptance of inmates when they are released from the correctional centres. They should then lead on to crime prevention and avoid re-offenses.

With gratitude, father of the ex-offender thanked CSSI, Executive Staff and TCC Management for keeping and supporting their son’s safe return home.