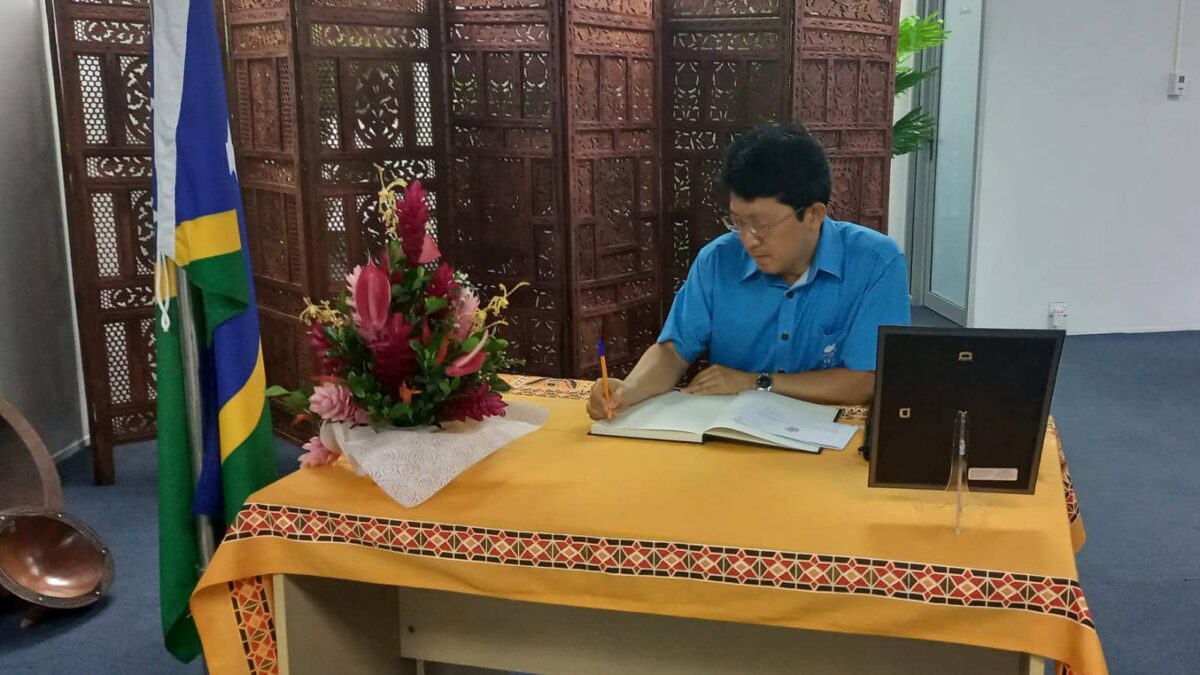 In his tribute, Solomon Islands High Commissioner to Fiji His Excellency Joseph Ma’ahanua said “late Rt.Hon. Alebua’s sterling stewardship as Prime Minister of a young country helped sailed the country past its first decade of existence as an independent country and member of the international community of nations. In his service, he served as the first Foreign Minister of an independent Solomon Islands and was part of decisions that are platforms for foreign policy today. He as Prime Minister was instrumental and a party for the foundation of the Melanesian Spearhead Group.”

“I accord my deepest of respect to him. His legacies as a leader will live on as a bar and challenge for those that come after”.

The condolence book was opened to provide an opportunity for official representatives of the Government of Fiji, Diplomatic Corps and Regional and International Organizations in Suva to pay their respects and tribute to the late Rt. Hon. Alebua.

Members of the Diplomatic Corp at the signing of the condolence book expressed profound sadness and sincere condolences to the family of the late Rt. Hon. Alebua and to the government and people of Solomon Islands on the passing of the former Prime Minister. 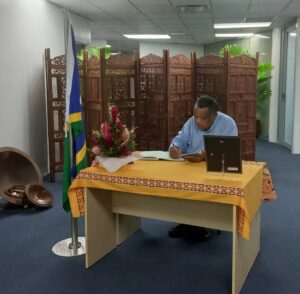 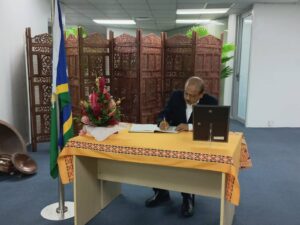 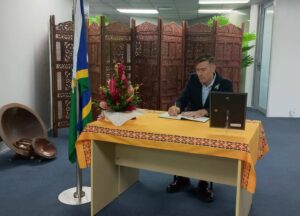 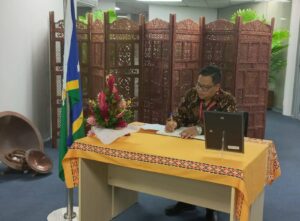