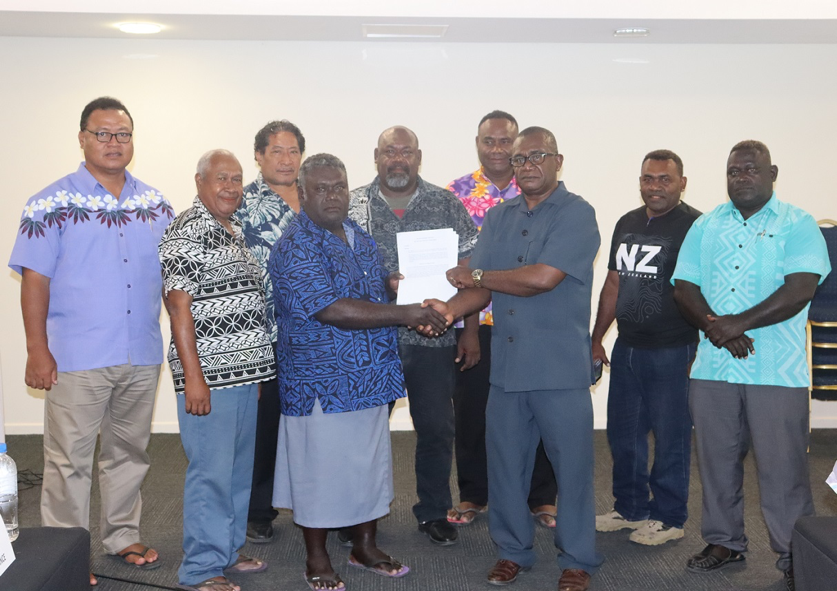 SUIDANI SLAMED OVER UNDUE INFLUENCE ON HIS DEPUTY

Embattled Malaita Premier Daniel Suidani was condemned for putting unnecessary pressure on his Acting Premier Nelson Lenty to boycott the Premiers Conference since the start of the Conference on Wednesday 22 September.

A statement from the Ministry of Provincial Government and Institutional Strengthening (MPGIS) said the attitude by Premier Suidani demonstrates gross disrespect for a government-sanctioned conference that provided opportunities for dialogue and discussions on important issues concerning Provincial Governments.

The purpose of the Premiers conference was to update and inform the Premiers on the roll out of Government programs and activities in collaboration with the National Government redirection policy as a result of the ongoing challenges brought about by covid-19.

The policy calls for the fight against the potential spread of covid19 whilst at the same time collectively contributes to the socio-economic growth of the country.

During the conference, key Ministries including the Ministries of Health, Education, Police & National security, Fisheries, Agriculture, Lands and Housing, S.I Electoral Commission, Women and Youth and Environment presented their work programs and how they can link to the Provincial governments in their work programs.

However, during the conference, Acting Premier Lenty admitted on a number of occasions of the continuous pressure and threats from Premier Suidani through phone calls for him to boycott the conference.

As a result of Suidani’s undue pressure, Acting Premier Lenty decided to walk out from one session during discussions on the Attorney General’s presentation on the Constitution and the Provincial Government Act and later rejoined to conclude the conference.

The statement from the Ministry of Provincial Government and Institutional Strengthening (MPGIS) said the abrupt reaction by the Acting Premier saddened his colleague Premiers and demonstrated an action below his leadership mark.

“This is a leaders meeting and leaders should act professionally and with a matured attitude.  We don’t blame the Acting premier, but this is a result of continuous calls from Premier Suidani for his Acting Premier not to attend the meeting,” the statement said.

The statement, however, added that the host Ministry thanked the Acting Premier for rejoining the meeting at the end to ensure the Malaita Provincial Government contributed its views on the resolutions reached in the final communique.