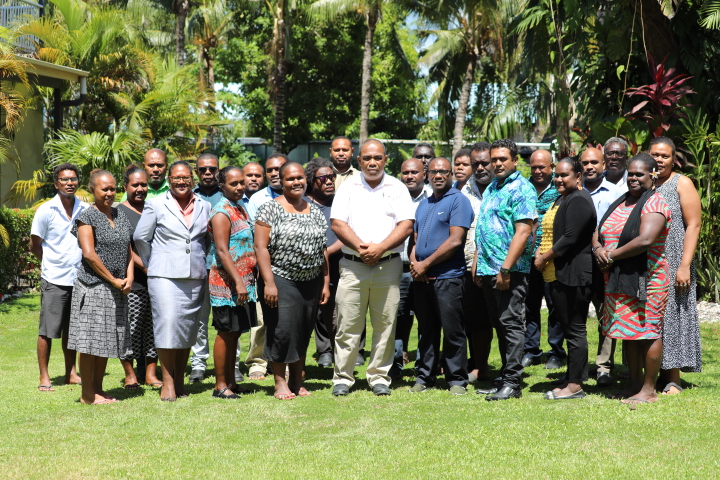 The Secretariat of the Pacific Regional Environment Programme (SPREP) – Green Climate Fund (GCF) Solomon Islands Readiness Project held its inception workshop to present its goals, objectives and approaches to its stakeholders in Honiara yesterday 13th October 2021.The SPREP-GCF Solomon Islands Readiness  Project” is focused mainly on strengthening the capacity of the NDA and strategic engagement of Solomon Islands with the Green Climate Fund. The inception workshop also provided  an opportunity for stakeholders to seek clarifications and make recommendations on the  Terms of Reference for a proposed national climate finance steering committee.

The inception is also part of the  formal introduction of the role for the GCF  in Climate Finance and the SI National Designated Authority (NDA) and its role in the  of  the project implementation. Therefore, bringing all stakeholders together to present and discuss issues relating to GCF in the Solomon Islands is very important.

The workshop covered the project’s intended outcomes, activities and budget. SPREP’s role as the delivery partner for the project and as accredited entity to the GCF was also highlighted. During workshop, the important role of the GCF National Designated Authority (NDA), which is  the Ministry of Environment, Climate Change, Disaster Management and Meteorology is also presented in order for stakeholders to understand the   role the NDA plays with respect to the GCF programmes and projects in the country.

The Green Climate Fund was set up by countries who are parties to the the United Nations Framework Convention on Climate Change (UNFCCC) including the Solomon Islands to mobilise climate finance to developing countries to respond to adapt to and mitigate climate change. The first  GCF’s major undertaking in the Solomon Islands is the Tina Hydro Project located in Central Guadalcanal, where it contributed $US86 million to the project.

The inception workshop was attended by Government Ministries, NGOs, ADB and SPREP.