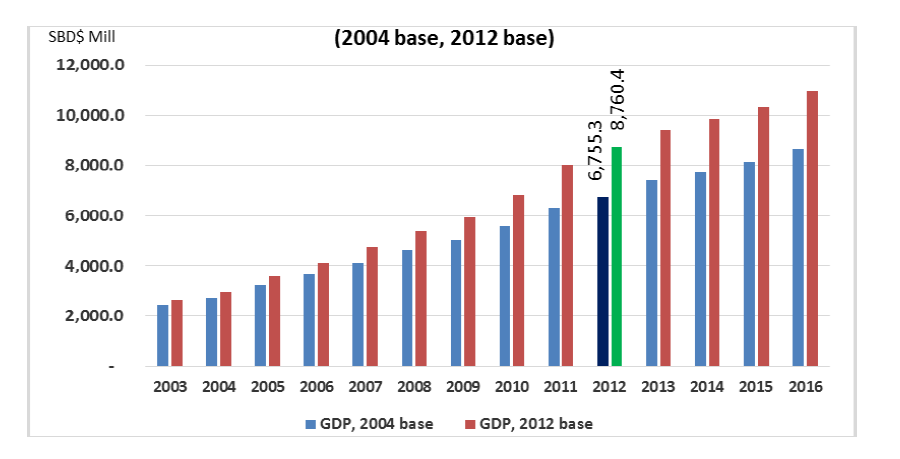 The country’s Gross Domestic Product (GDP) has noted an increase of 30 per cent in value after the government statistical agency, Solomon Islands National Statistics Office (SINSO) rebased the economy. Similar magnitude of increases is also seen in per capita terms.

SINSO in the Ministry of Finance and Treasury (MoFT) has engaged in the rebasing work based on the 2004 base year to the new 2012 base year.

Government Statistician and Census Commissioner, Douglas Kimi when releasing the new GDP estimates said rebasing is a normal statistical practice as recommended by the United Nations and therefore undertaken periodically to enable the updating of GDP-national accounts statistics to reflect a more accurate economic picture of the country.