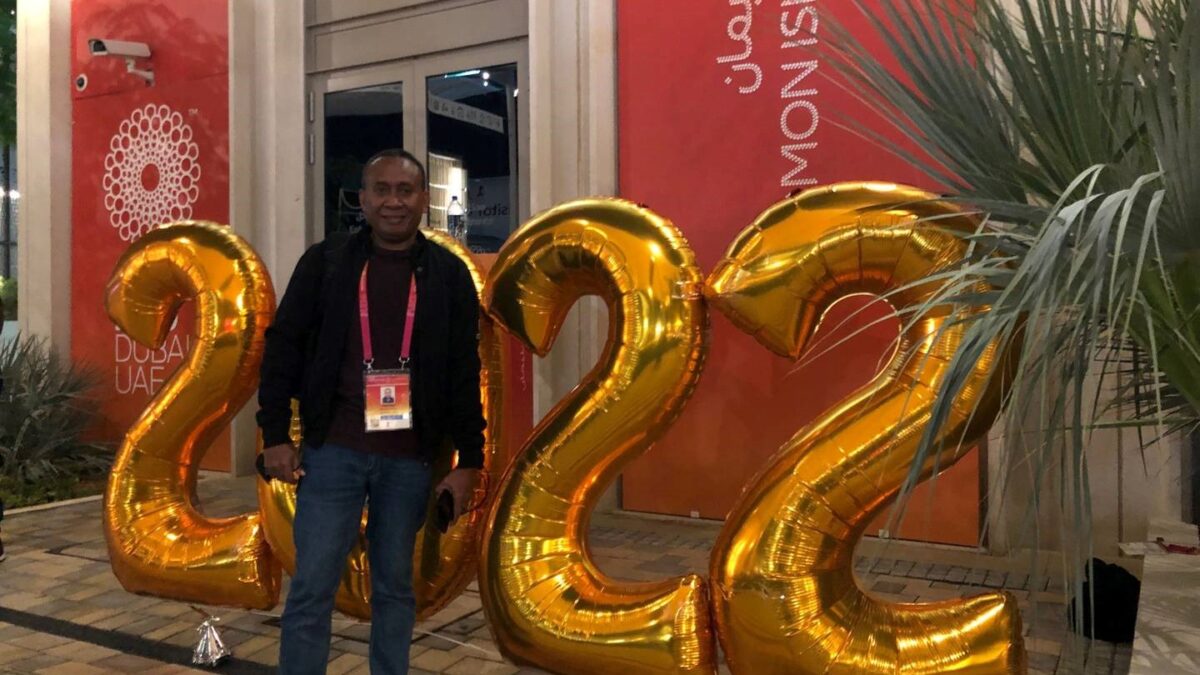 SOLOMONS AMID THE FIRST TO CELEBRATE NEW YEAR IN THE EMIRATES 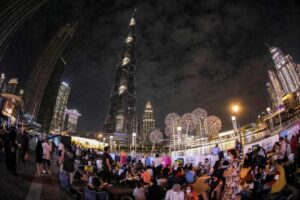 The Solomon Islands was one of the first nations to celebrate the New Year at 5pm (Dubai time) as the party started in the South Pacific exhibitions, with New Zealand, Samoa and Tonga being the first to enter 2022 at 3pm.

Speaking to UAE News before midnight at the World Expo Village, Solomon Islands Deputy Commissioner General Dennis Marita said it was his first time to celebrate New Year in another country.

“It was very strange celebrating the New Year on the other side of the planet,” said Marita.

“Being away from family is tough, of course. I have a new granddaughter and four children.

Marita highlighted how New Year is celebrated in Islands.

“We usually have a barbecue with family and friends. At midnight, there is a lot of noise, there are no fireworks, as they are expensive, but we have lots of fun.

“There are different ways to celebrate — some have fun, others play jokes on each other, like throw mud and water about.

“It is a lot of fun and we all try to get together with our families.” He said.

Celebrating New Year’s at Expo 2020 was the chance of a lifetime for many, with parties and special events planned until the early hours of January 1.

At midnight at Expo 2020, a huge glittering ball descended from the roof of Al Wasl Plaza, accompanied by live DJ sets from Dimitri Vegas and Armin Van Buuren.

Pockets of noise and celebrations scattered across Expo 2020 could be heard throughout the day as pavilions rang in the New Year in unison with their home nations.

Crowds were substantially thinner than the National Day only four weeks earlier, possibly due to rising cases of Covid-19 and the threat of strong weather.

Parts of Dubai had been hit by torrential downpours earlier in the day.

Those who did attend were offered free access to Expo 2020 on New Year’s Day — a public holiday in the UAE.

A spectacular night of fireworks brought an end to 2021 and welcomed the New Year in style across the UAE.

No other nation does New Year’s celebrations quite like the UAE, with Dubai heralding 2022 with the usual night of colour and noise, as fireworks and a light show dazzled onlooke 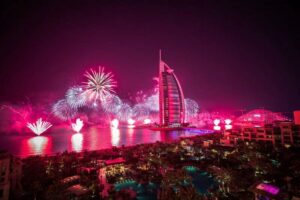 rs in Downtown Dubai, where Burj Khalifa took center stage at the stroke of midnight.

Pyrotechnic displays were triggered across the emirate, from Global Village to La Mer, Al Seef and Burj Al Arab and all the way to Bluewaters Island.

Those on Abu Dhabi’s Yas Island were treated to two displays at 9pm and again at midnight, with another fantastic display launched at the Corniche as the clock struck 12.

Al Maryah Island and Saadiyat Beach Club also joined the party with spectacular displays of their own.

A giant drone show that lit up the skies of Al Wathba included 2,022 drones that formed a portrait of Sheikh Zayed, the Founding Father.