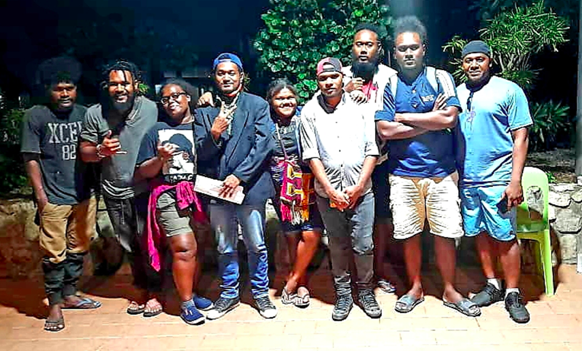 SI nationals at Jackson’s International Airport, Port Moresby before their departure this morning

The nationals consisted of tertiary students and their dependents.  They were uplifted at no cost to Solomon Islands Government.

The flight was arranged to pick up the 37 Royal PNG Constabulary and Correctional Services personnel who were deployed to Honiara on 27th November 2021 in response to a request from Prime Minister Manasseh Sogavare to his PNG counterpart Prime Minister James Marape for PNG to assist the Royal Solomon Islands Police Force (RSIPF) restore law and order after three days of civil unrest in Honiara.

Also on the flight was the Commissioner of the PNG Correctional Services, Stephen Pokanis who was sent to meet with his counterpart and also to accompany the returning personnel to Port Moresby on the same flight.

The Solomon Islands High Commission acknowledges with deep gratitude the friendly gesture from the Papua New Guinea Government through the office of Police Commissioner David Manning for responding positively to the request to uplift the nationals on the charter flight.

The nationals were stranded in Port Moresby for weeks after their flights were postponed a couple of times and later cancelled.