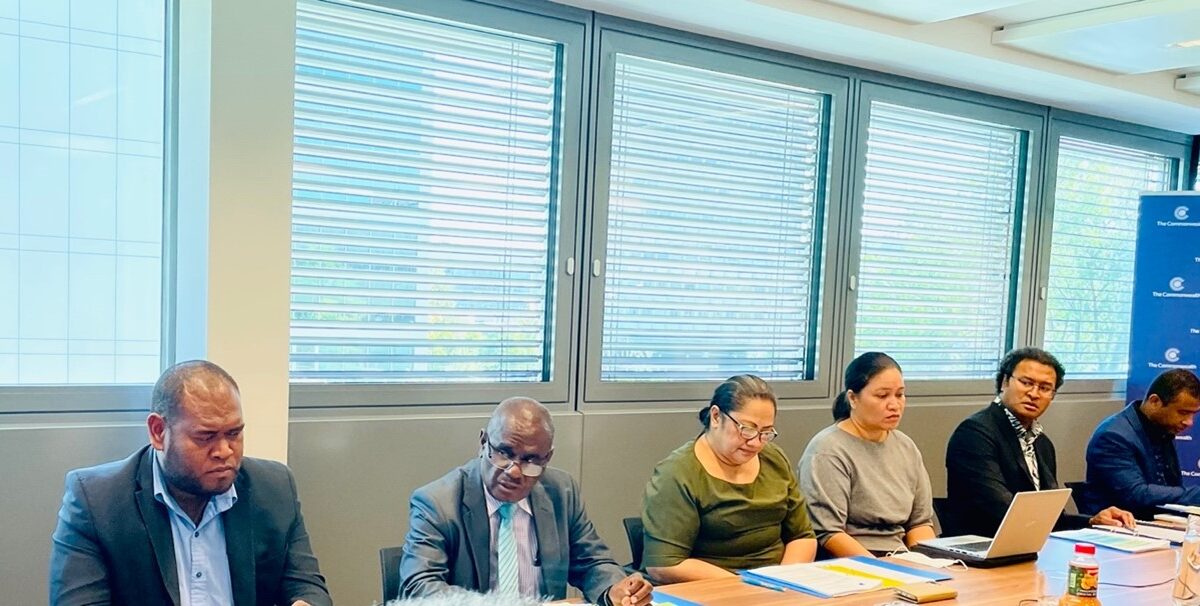 The Foreign Affairs Minister is in Geneva this week to attend the World Trade Organization (WTO) Twelfth Ministerial Conference (MC12) from 12-15 June.

The Pacific ACP Trade Ministers meeting was held as a preparatory session for Ministers to consider key priorities and positions leading up to the upcoming ministerial conference, with a Pacific Group MC12 Statement also considered.

The Pacific Ministerial meeting is a culmination of a series of preparatory sessions held by Pacific Trade negotiators in Geneva, to frame the region’s contributions towards the outcomes of the MC12.

In his opening address, Foreign Affairs Minister Hon. Manele thanked his colleague Ministers and Pacific representatives for their participation to the meeting’s discussions.

Foreign Minister Hon. Manele stressed the importance of framing Pacific positions on key priorities that will be discussed in the upcoming MC12- particularly on the fisheries subsidies, WTO reforms, COVID-19 response, and a future work program on Agriculture, to be amongst key focuses for the Pacific region.

The formal opening of the WTO Twelfth Ministerial Conference will take place on 12 June, followed by thematic sessions that will be held from 13-15 June.

Foreign Minister Hon. Manele will also be leading the  Solomon Islands delegation to the Commonwealth Heads of Government Meeting in Kigali, Rwanda from 20-25 June,  and the United Nation’s Ocean’s Conference in Lisbon, Portugal from 27 June – 1 July.