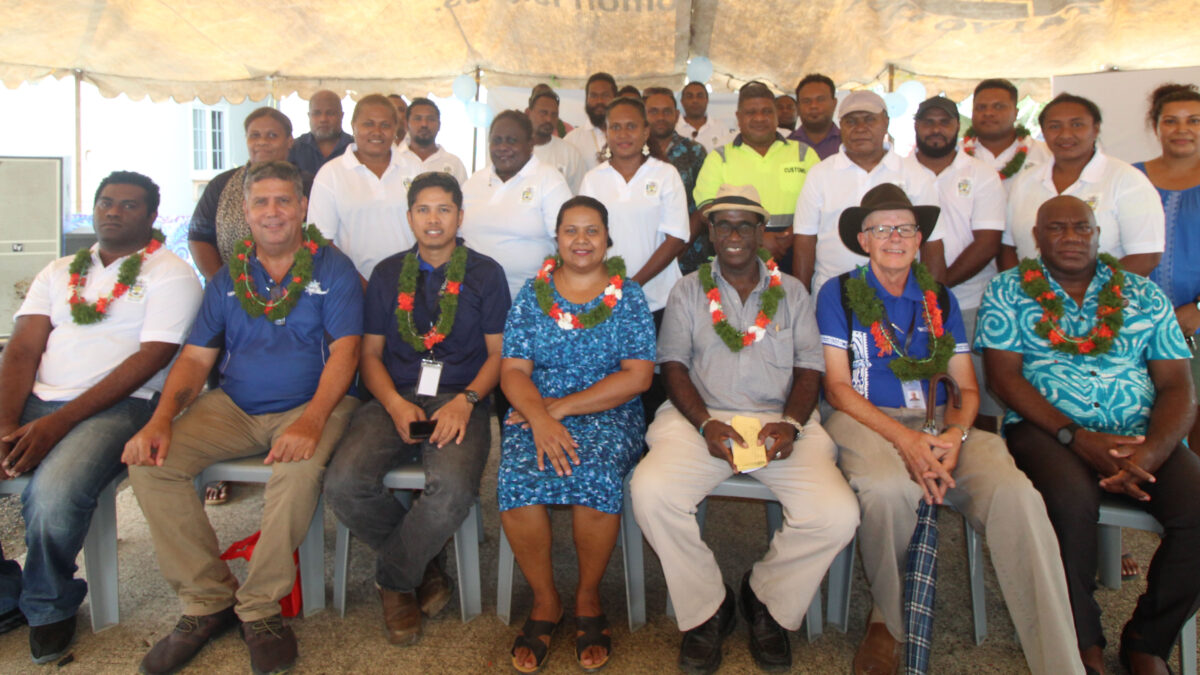 The Ministry of Fisheries and Marine Resources has opened a new chapter in its effort to modernise its processing of data with the formal launching of Noro-e port programme which no longer require use of paper to record and store data.

Speaking on the occasion, Hon Giro described the launching as a milestone achievement of the Noro e-port project. 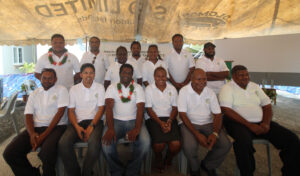 He said the project was a concept which came about from the many challenges faced by the Noro-based MFMR Compliance team faced when carrying out their duties which includes implementation of national inspection requirements and Catch Documentation Scheme (CDS) requirements which were important to support the Tuna industry at Noro.

“You would recall that in 2015, Solomon Islands was yellow carded by the European Union (EU) for not complying with the market requirements which implies elements of Illegal Unregulated Unreported (IUU) fishing.,” the Minister said. 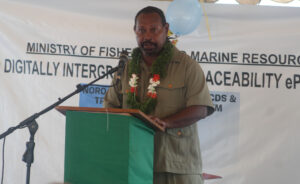 The Ministry of Fisheries and its stakeholders which includes NFD, Soltuna, and relevant government line agencies responded by stepping up their effort to conform to the requirements of EU which saw the lifting of the Yellow Card in 2016.

MFMR Compliance team at Noro, worked tirelessly to ensure all requirement are met and this involved manual collection of data and information from landing to export (CDS and traceability) on paper and transferring them into excel spread sheets which is time consuming and requires more effort.

This gave rise to the need to have a system that caters for the process of Catch Documentation System and traceability.

Minister Giro pointed out that discussions were underway since 2018 between MFMR and Dr Transform Aqorau who was the brainchild behind the development of the new digitised system to integrate with Soltuna, NFD and other line Ministries involved in the process of CDS and traceability at Noro Port. 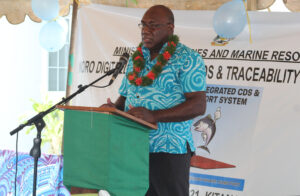 “Today we are here to witness the completion of Phase 1 of the project which includes the administrative work between ICTS and MFMR, identify a developer, development of system and testing and trial of the e-port system.

“Trials of the system has been done and today we will witness how data is being transferred from the port into the system using this cutting edge technology,” the minister said. The minister added that this is a home grown initiative which was developed without any outside technical assistance.

Hon Giro also revealed that Phase 2 talks are currently underway with FFA to secure their assistance towards the project.

Other speakers who contributed during the occasion all spoke of the importance of this project to Solomon Islands.