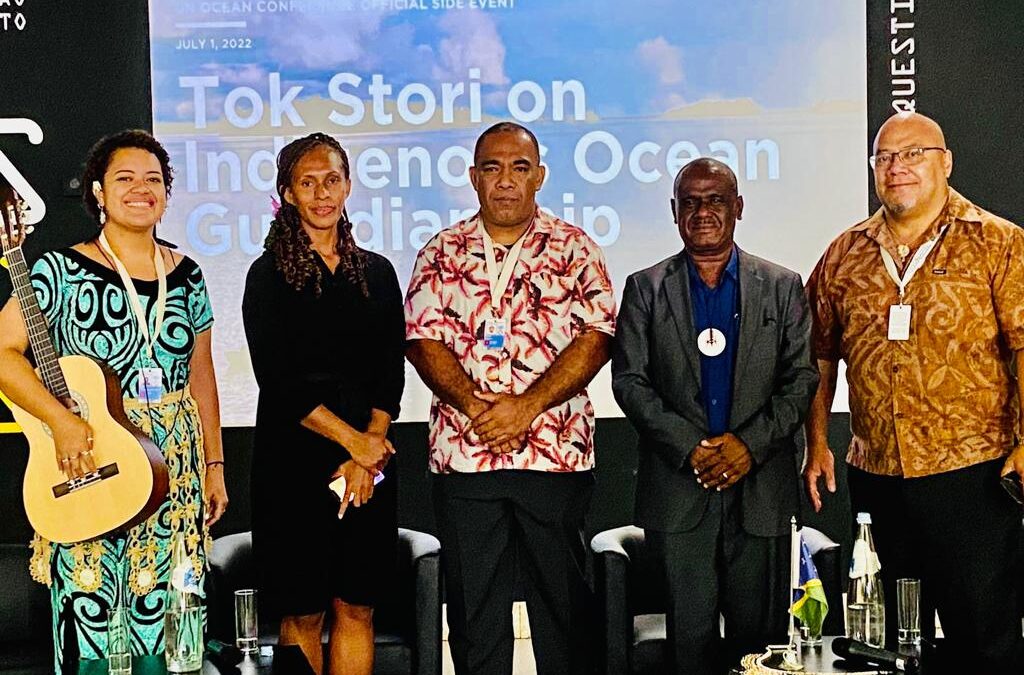 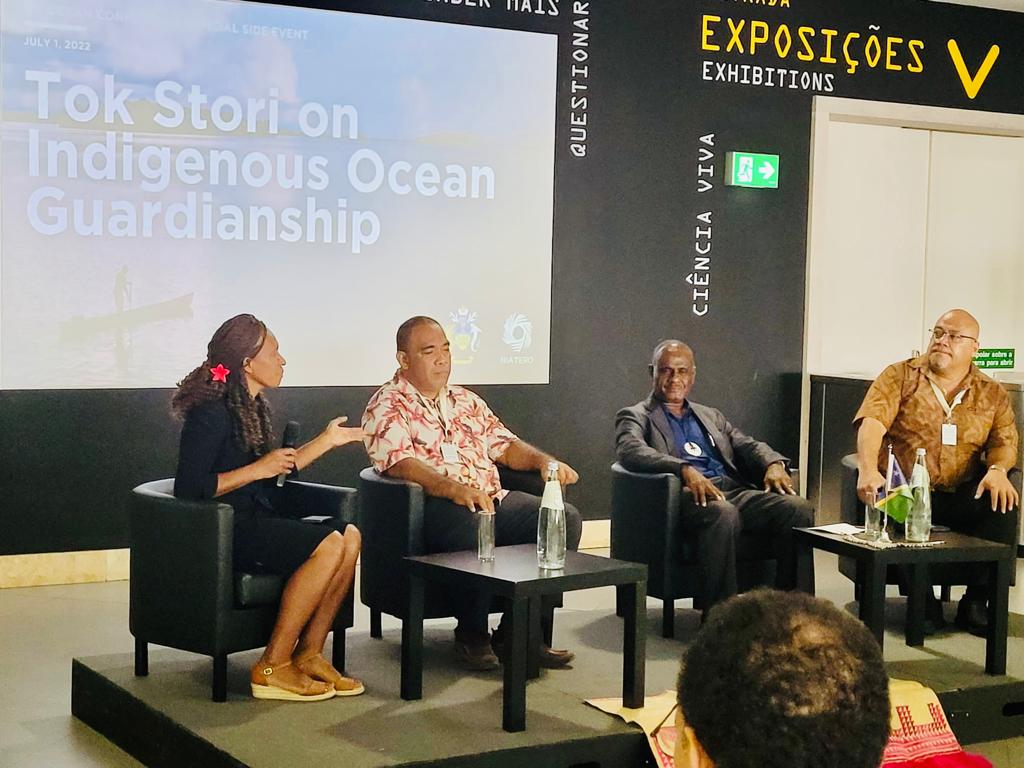 Over the 5 days of conversations and negotiations on ocean issues at the United Nations Ocean Conference, Solomon Islands Government delegation contributed to the global conversation by raising the significance of ensuring indigenous nation states and peoples must be central in these discussions using their traditional knowledge and practices.

This was delivered through a ‘tok-stori’side event on the margins of the United Nations Ocean Conference (UNOC) in Lisbon, Portugal. The event was held on Friday, 1 July 2022.

The Tok stori gave the opportunity for Solomon Islands to share with the world its ocean story. This includes sharing their experience on fulfilling their UN Voluntary commitment in 2017 to develop a National Ocean Policy and Marine spatial plan by 2020.

The event was delivered by the Minister of Foreign Affairs and External Trade, Hon. Jeremiah Manele and Permanent Secretary for Environment, Dr Melchior Mataki. Both acknowledged that the process of developing the Ocean Policy and marine spatial plan must consider indigenous values in order for any policies to be meaningful for the people of Solomon Islands and the Pacific.

The Ministry of Foreign Affairs is responsible for the implementation of the Ocean Policy and to lead negotiations on global level on climate and ocean issues. Recognizing this, the Minister shared the importance of building partnerships locally, regionally and globally to support implementation. He emphasized on the need to recognize fundamental local values that makes us who we are as a people. An example of this value is ‘sharing and caring’ – as a national leader he is  ‘not only responsible for implementing a national plan, but he is also an indigenous leader from Isabel, a chief and a fisherman’ – he has the duty to care for the ocean, its resources and to ensure these are shared with the next generation.

PS Mataki followed on by sharing his experience on leading the development of the marine spatial plan. Emphasizing that it was not an easy feat, as the process deals with changing interests, ideas and perspectives. A key challenge during the journey was to convince ourselves that MSP is the right framework for us – it’s a working process. He raised the point that the progress to date is mainly due to the vision of his team to ensure the planning process is inclusive of both government and its people. He further states that the basis of this ocean journey by government and its people is critical as the process is bringing together all stakeholders, importantly people and communities who live on and of the sea. He concludes by raising the point that as an Indigenous Leader, he has seen that we have lost touch with our way of life and our values and that has affected the journey. Solomon Islands is taking time to learn how to galvanize multiple values and interests and to reclaim its role as guardians of its vast ocean.

Both leaders agree that the Ocean defines our past and our present and it holds our future – the Temoana (or Ocean), God and us.

The participation and side event was made possible through support from Nia Tero Foundation. The tok-stori concluded with an open discussion with the audience and panelists.