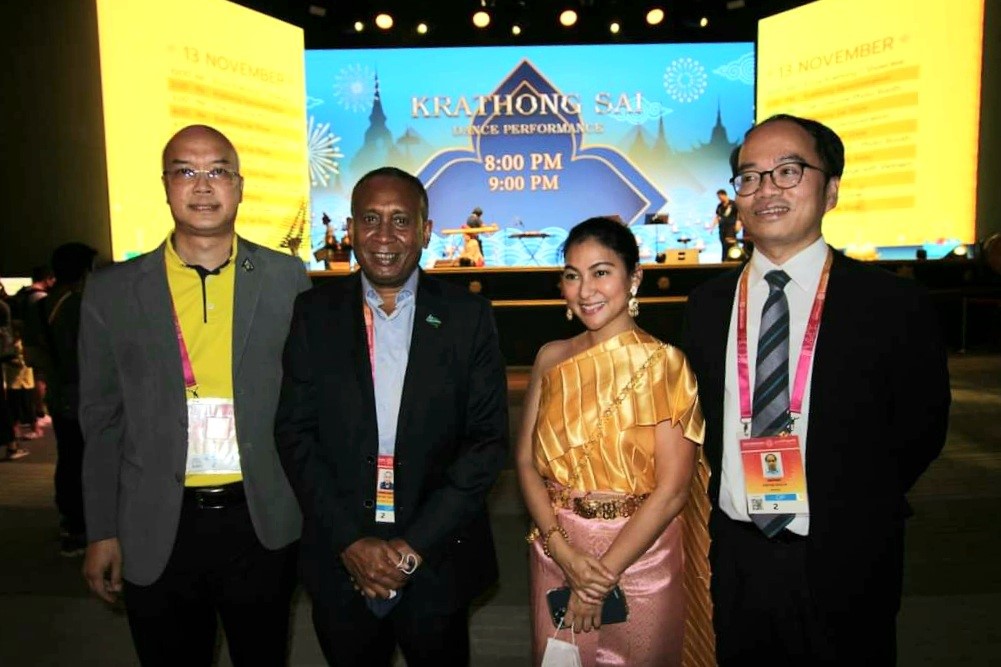 The week-long Loy Krathong Festival is one of the highlights of the pavilion’s events calendar.

During this period, it is customary for families and friends to make and float their own artistic and decorative Krathong, which translated means “to float a basket”. Loy Krathong is traditionally used as a way of saying goodbye to misfortune and the problems of the past year and making wishes for the coming year ahead

DCG Marita said that it was important for countries with rich cultural background to encourage exchange programs and initiatives so that our future generations can continue the traditions of preserving our unique identity.

“Vietnam and Thailand are countries with rich Cultural Heritage and history going back centuries, the same as Solomon Islands. The magnificent demonstration of traditional music using traditional instruments (of mostly bamboos) by the Vietnamese band is really beautiful, authentic and inspiring indeed. It reminds us of the panpipe music of Solomon Islands which the country is looking forward to also showcase during our National Day here on the 21 Dec 2021. Solomon Islands is looking forward to cultural exchange programmes between the three countries in the future”.