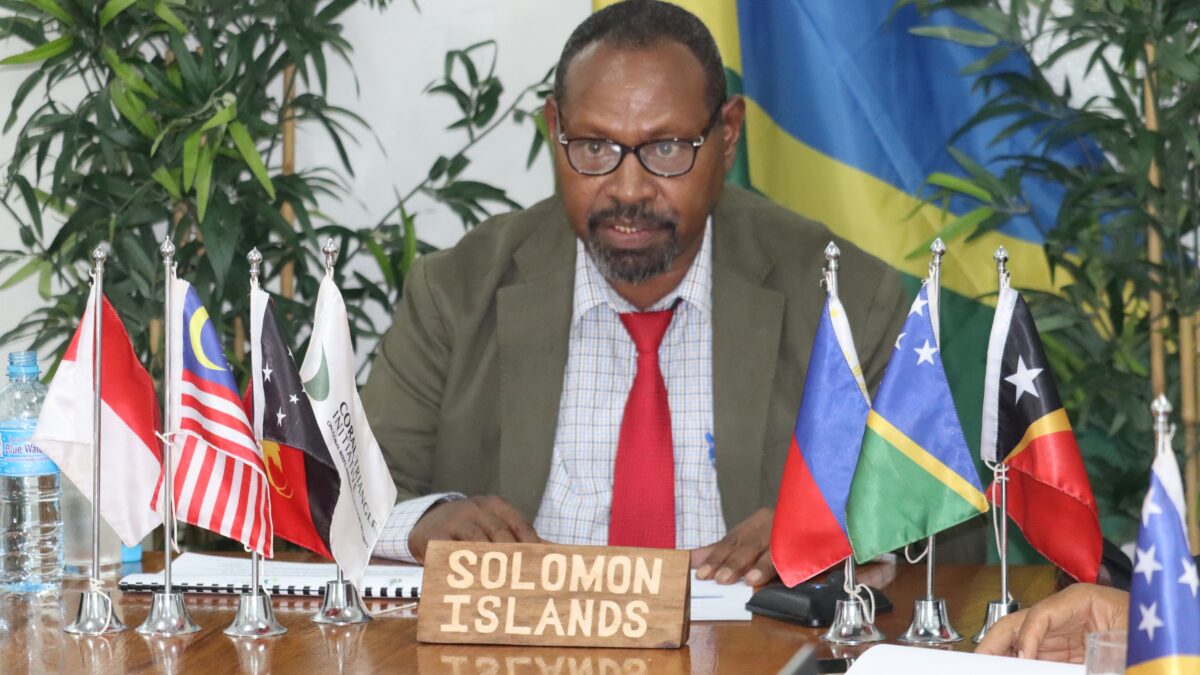 Minister of Fisheries and Marine Resources Hon. Nestor Giro who was outgoing CTI chair during the 8th Ministerial meeting

The outgoing Chair of the Coral Triangle Initiative (CTI) has called on member countries to foster stronger alliances in their pursuit in safeguarding the regions Coral and Marine ecosystems for future generations.

Solomon Islands Minister for Fisheries and Marine Resources, Nestor Giro made the call at the conclusion of the eighth CTI Ministerial Meeting on Tuesday 29 November, which, was virtually attended by Ministers and Senior Officials from member countries and Representatives of the CTI Development Partners.

Minister Giro commended the six Coral Triangle countries through their respective Agencies for their continued support and commitment in attending to the various working groups and regional initiatives under the CTI programs.

“I urge all of us to continue to move into the future together. Let us work together on safeguarding our region and continue to establish opportunities that will benefit our governments, people and communities and most importantly, leave a legacy for our children, and their children – a productive, resilient and secured Coral Triangle Region,” Giro urged.

The region is facing the triple planetary crisis of climate change, pollution, and biodiversity loss and as such the region is more vulnerable and at risk than before.

The unique partnership that the CTI provided is an opportunity for partnerships and collaborations at both leadership and political levels.