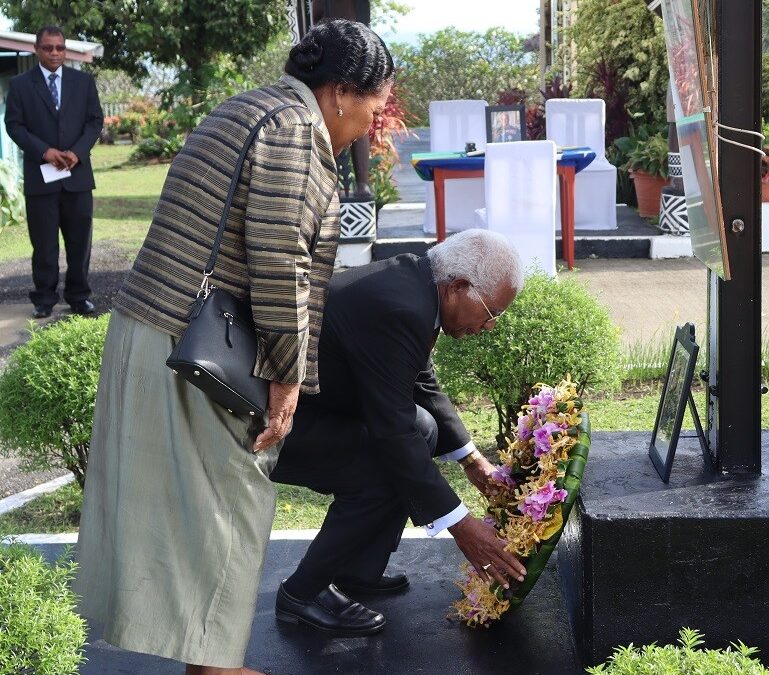 Leaders and people of Solomon Islands has paid tribute to honour the passing of the Duke of Edinburgh, His Royal Highness Prince Philip at a wreath laying ceremony Government today. Some Cabinet Ministers lay their wreaths

Those attending the ceremony also signed the condolence book at Government House in the presence of the Governor General.

His Royal Highness, Prince Philip is the late husband of Her Majesty Queen Elizabeth II, the Queen of Solomon Islands, the United Kingdom, and the Commonwealth.

He died at the age of 99 years and 10 months at Windsor Castle in England, just 2 months away from his 100th birthday.

Governor General Sir David Vunagi announced on Saturday that Solomon Islands as a Commonwealth Realm country this week joins Her Majesty Queen Elizabeth II, the Royal Family and the people of the world in mourning the loss of His Royal Highness, The Duke of Edinburgh.

Sir David describer his Royal Highness as a beautiful Prince who was a great example of love, devotion and loyalty. 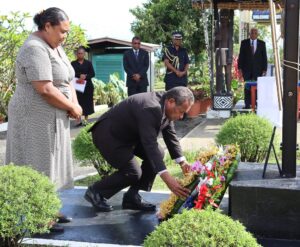 In honour of the demise of His Royal Highness all flags in the country are to be flown at half –mast from the time of death to the time of burial.

Solomon Islands was a former British Protectorate and the Queen remains the Head of State at the time of Independence in 1978.