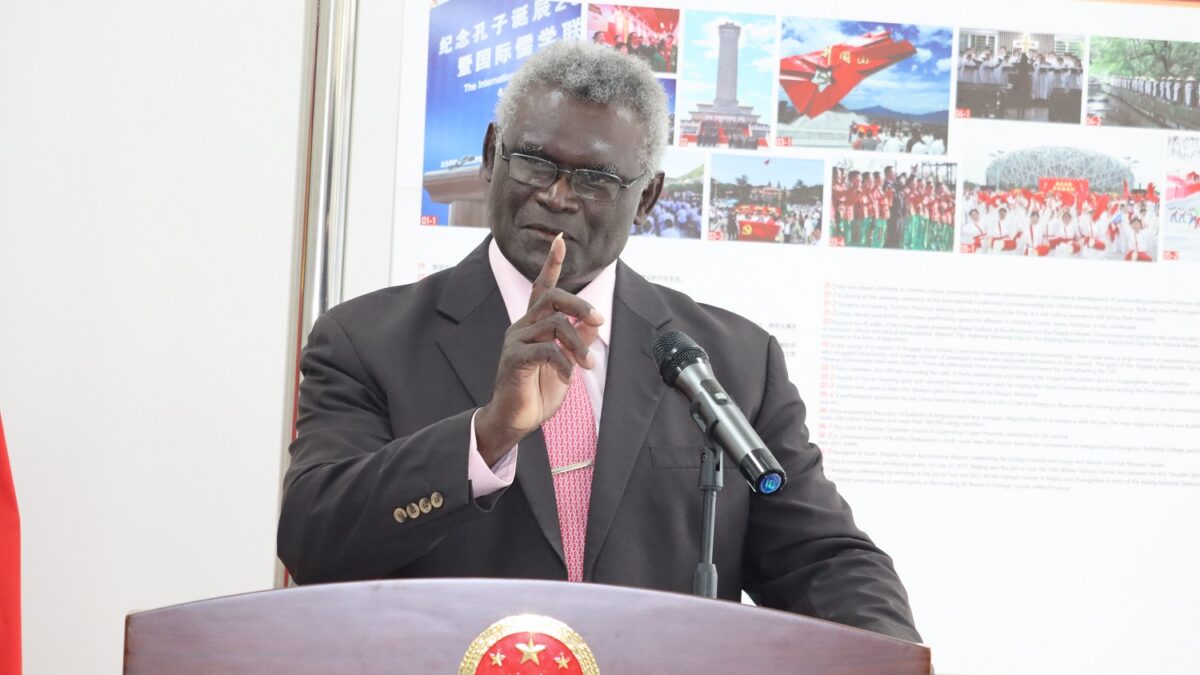 Prime Minister Manasseh Sogavare today has reiterated the Government’s respect and commitment to the One China Policy when he attended the opening of a Photo Exhibition celebrating the 100th anniversary of the Founding of the Communist Party of China (CPC) at the Chinese Embassy in Honiara.

Sogavare assured Chinese Ambassador Li Ming and staff of the Embassy that the Democratic Coalition Government for Advancement (DCGA) remains committed to “uphold the One China Policy and no amount of influence would sway the Government from this noble Principle”.

“Let me assure you all that Solomon Islands, DCGA Government and Our Party, upholds the One China Policy and Principle, and Taiwan is an alienable party of the Peoples Republic of China”.

“On that note, let me assure you all that Solomon Islands will adhere to the One China Principle and no amount of pressure or influence, whether locally or foreign, will deter or sway us away from this noble principle and bold stand,” the Prime Minister said. 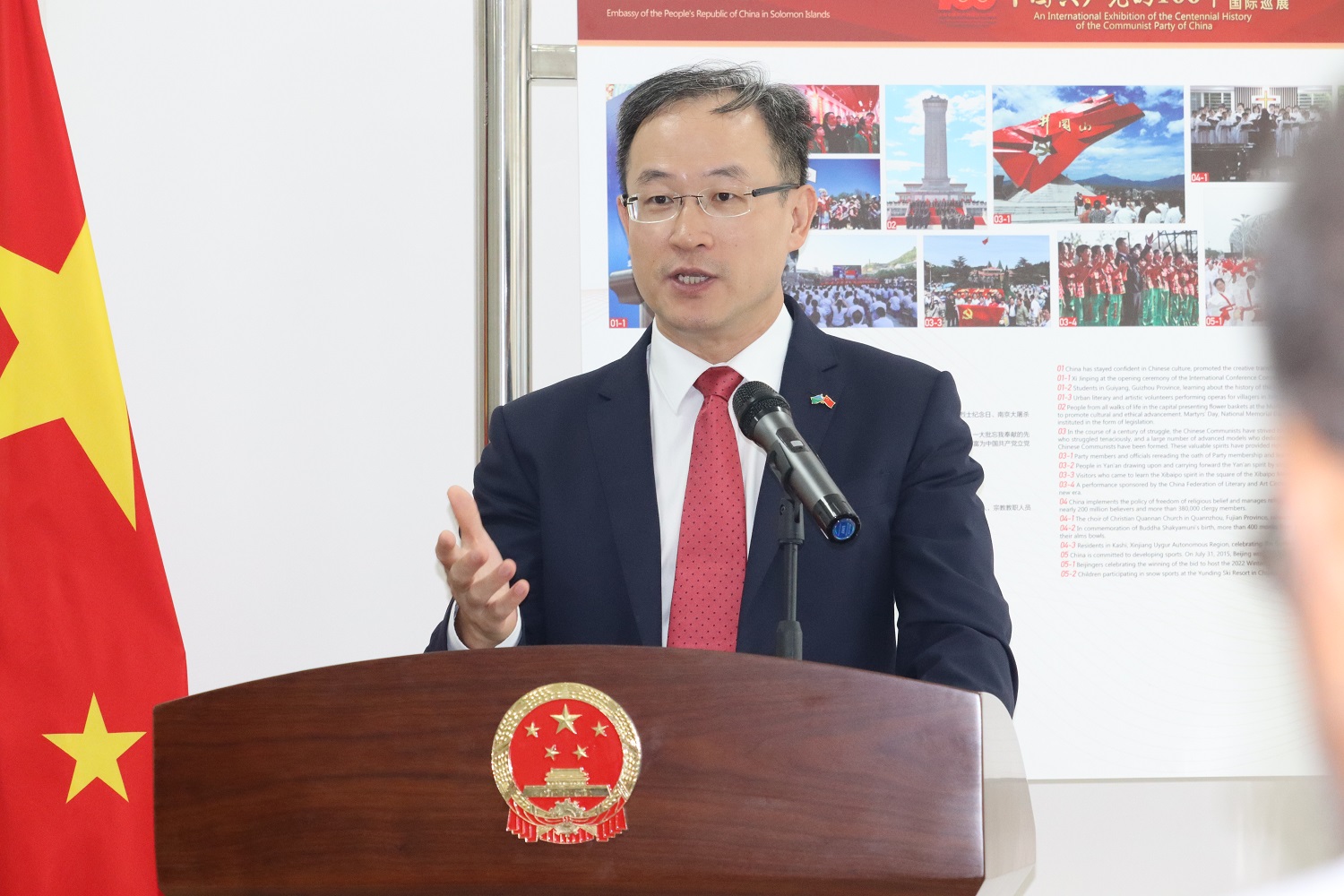 Sogavare conveyed his appreciation to the Communist Party of China (CPC) for the opportunity to attend and witness the opening Ceremony of the Photo Exhibition celebrating the 100th anniversary of the Founding of CPC.

The Prime Minister said the DCGA and Our Party notes that 100 years Anniversary is a key milestone and an achievement in itself. It is a reflection of the work that the CPC has done for the Chinese people and society.

“Our Party and its coalition partner, Solomon Islands People First Party, therefore, recognize the successful and towering achievements by CPC over the 100 years. This is truly a testament of CPC able leadership and visionary governance over the past years. As such, we are very eager to work with the CPC to deepen our party-to-party relationship,” Sogavare said.

Sogavare commended the Peoples Republic of China for its assistance on infrastructure and the fight against COVID-19 in the Solomon Islands.

“Within the short time of our bilateral relationship, you have delivered, and your assistance and support has touched the lives of ordinary Solomon Islanders,” he added.

Sogavare said Solomon Islands is keen to cooperate with the Peoples Republic of China to build a world that is fair and just, a world that is based on Multilateralism as opposed to Unilateralism, a world that promotes free trade, and a community with shared future for humankind.