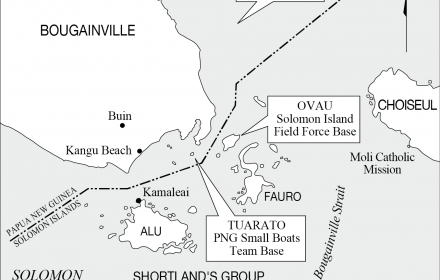 Prime Minister Manasseh Sogavare has ordered the restriction of small craft vessels to and from the common border between Solomon Islands and Papua New Guinea.

The border area between the Shortland Islands and Choiseul on the Solomon Islands side and Bougainville on the PNG side has now been declared as a second emergency zone in addition to Honiara which became effective two weeks ago.

Mr Sogavare said the Restriction of all Movement including Small Craft Vessels, across the Solomon Islands and Papua New Guinea Border will remain effective until the Order is revoked or the State of Emergency is rescinded.

The RSIPF has deployed additional officers to the western border onboard Patrol Boat Gizo at the border region to secure our side of the common border.