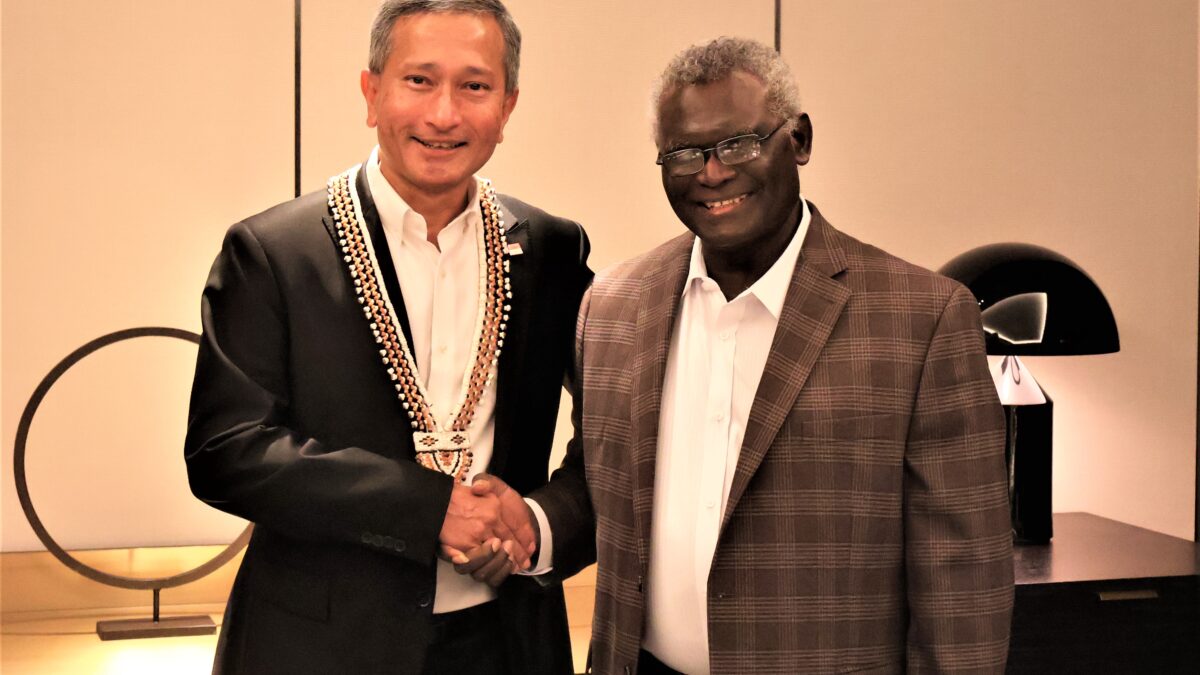 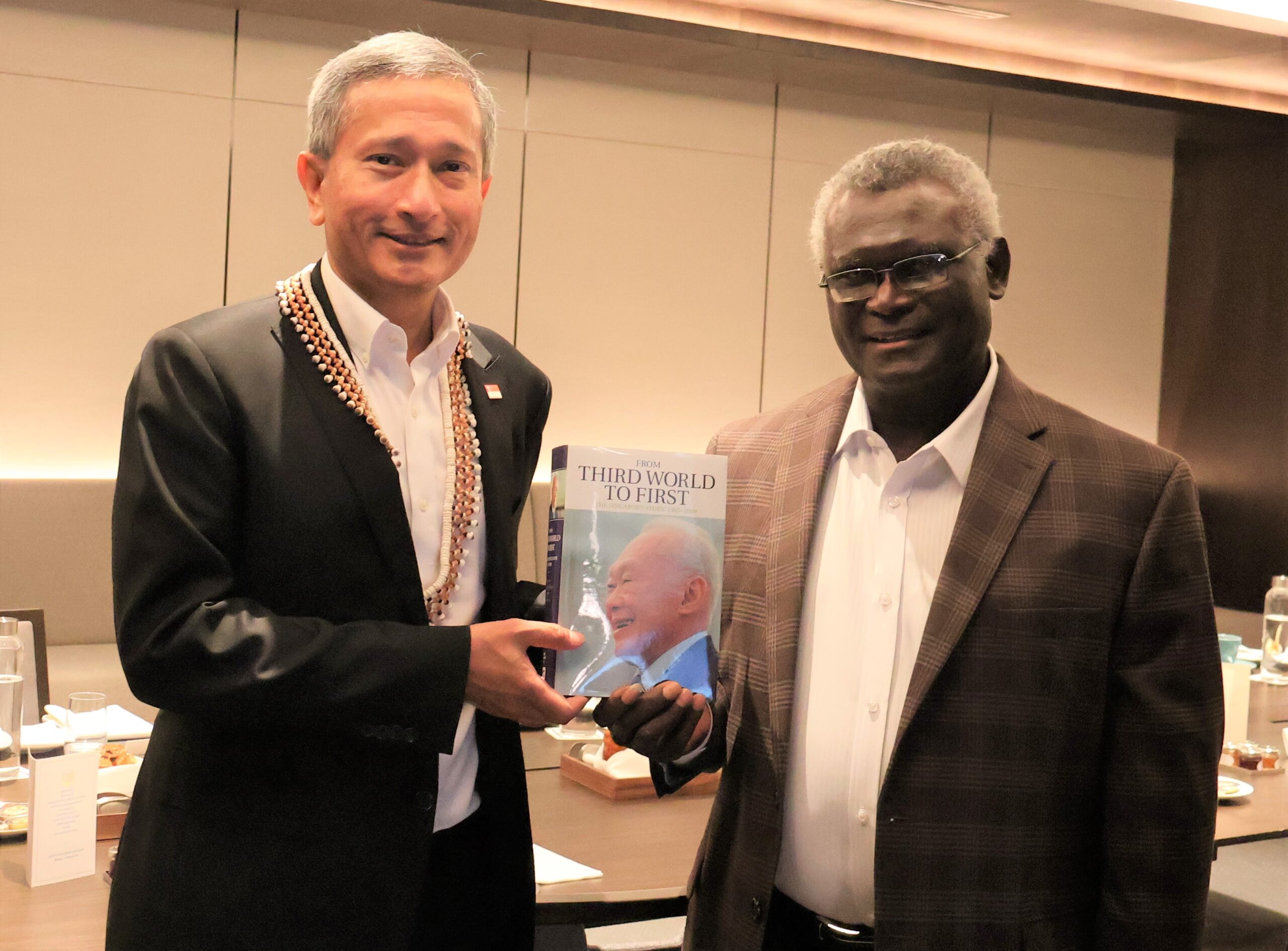 Both leaders agreed that enhancing cooperation in these areas is significant to stepping up the current level of bilateral cooperation between the two countries.

They noted the significance of renewable energy and its importance in economic development, lowering cost of production, and ensuring electricity is accessible and affordable.

The two leaders also noted the importance of diversifying the economic basis of the two countries by increasing infrastructure development to enhance jobs and to expand their agricultural sectors to secure food security and resilience in light of global challenges.

Both leaders also acknowledged the Asian model of economic development and the similarity that Solomon Islands share with Asian countries such as culture, food, traditional respect for governance and those in authority and being industrious.

They also agreed to assist each other by sharing best practice experiences, education and capacity building.

In this regard, Singapore is open to assist Solomon Islands on capacity building and training on areas including Aviation, Public Service Management, Ports administration and management, Health, diplomacy, engineering, infrastructure, and others.

Both leaders also expressed the need to work in solidarity through other International bodies such as AOSIS and SIDS to ensure challenges affecting small countries such as climate change and oceans are addressed at the International level.

Solomon Islands lies at a strategic location in the pacific region and this location gives the country more potential and opportunity for economic trade and service delivery such as ports and aviation services.

The Prime Minister is expected in Canberra mid this week for similar talks with his Australian counterpart on his way home.