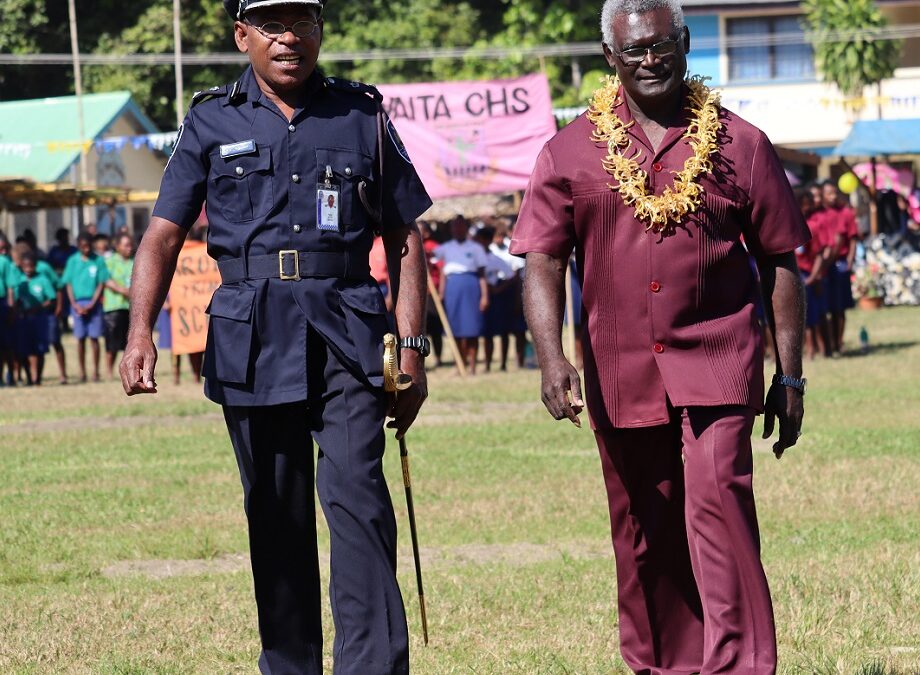 While agreeing to the notion that infrastructure is vital for development, Sogavare acknowledged that agreeing alone is not sufficient and what everyone need is action.

With this commitment, the Government through the Ministry of Infrastructure Development through the Central Tender Board (CTB) on April 29 this year awarded an emergency maintenance contract to Trades Transformation Company Ltd to carryout emergency works on the Makira unsealed coastal roads.

Contract for this emergency project totaling $5.9 million was already mobilized on site in late May this year. This is funded under the SIG Development Budget under the Economic Infrastructure Program (EIR).

In regards to the new Kirakira Wharf, Prime Minister Sogavare said constructing a sustainable wharf at Kirakira to serve the interests of business houses and the travelling public to and from Kirakira is vital.

Currently a contract negotiation with the selected firm is in progress, which will complete by mid – August 2021. Bidding process for selection of the construction contractor for the wharf will start in October at a total cost of more than SBD21.9 million.

These two bridges are considered strategic to support cocoa farmers in that area to boost cocoa production.

“I am pleased to inform you and my good people of Makira that these two bridges are in the government’s plan for 2022 and 2023,” Sogavare said.

Another important infrastructure project is the tar sealing of the Ngorangora Airport, which the Prime Minister said, was listed for the second phase of the current airport tar-sealing program.

However, because the government does not own the land of interest – development partners are not comfortable in funding any proposed project on that land.

In the meantime, the Ministry of Communication and Aviation is preparing to tender the re-grassing and re-gravelling of the airport.

The other major infrastructure project for Makira is the Waimasi Growth Center which the Government appreciates a concept requested by the Province as a strategic concept that will link the cocoa belt from Warihito to Wango.

“Considering its strategic nature, this is a concept that we must work together to realize and can be considered under the ongoing redirection and reprioritization policy of the government under a Public Private Partnership (PPP) arrangement,” Sogavare said.

With regards to the Kirakira Hospital, Prime Minister Sogavare agreed the that the location of the current Kirakira Hospital is vulnerable to inundation due to sea level rise since it is positioned below sea level and must be relocated.

Sogavare said the National Government noted this Kirakira hospital issue and will look into addressing.