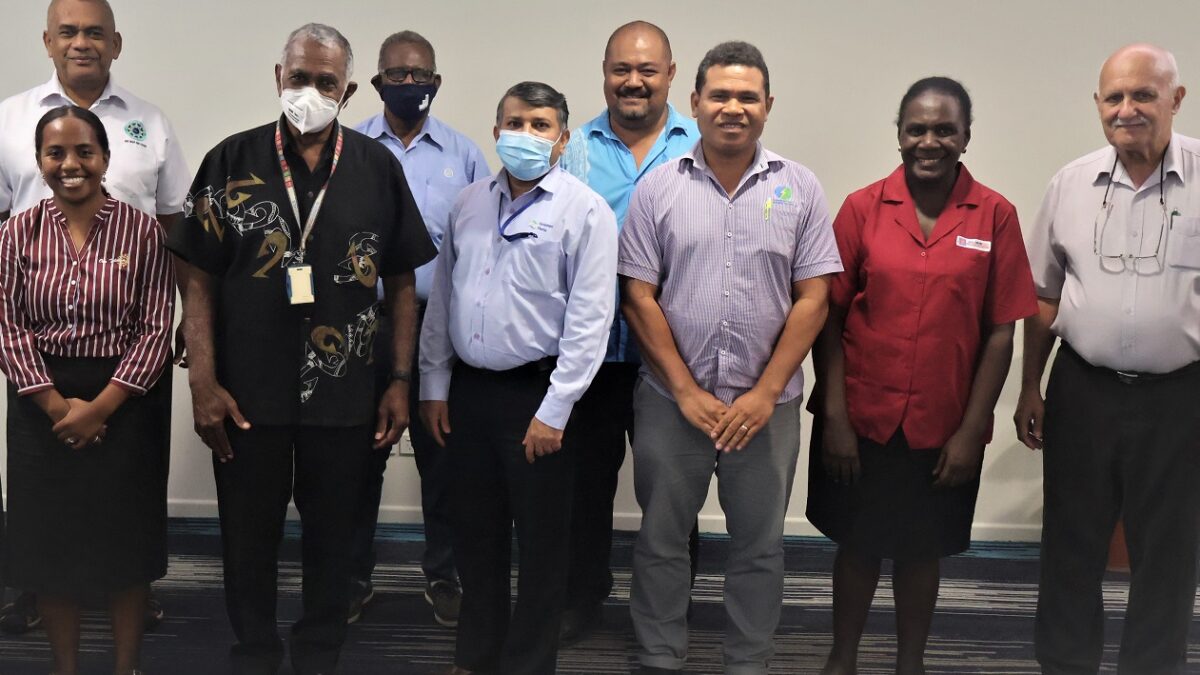 Chief Executive Officers and representatives of State Owned Enterprises were informed and updated with the ongoing works towards the Pacific Games 2023.

Secretary to the Prime Minister and Chairman of the National Hosting Authority Dr. Jimmie Rodgers told the CEO’s that all work towards the Pacific Games is on Schedule and that by July next year all the Games Facilities would have been completed including the main Stadium.

Dr. Rodgers also brought to attention during the meeting the government plan to bring all our people and country together under the initiative of the “Safe and Green Games” which focuses on leaving a lasting Legacy themed “A safe and beautiful Honiara for the Games and Beyond”. In this regard, he appealed for support from the SOEs and the private sector to support the Government, in hosting a successful Pacific Games.

During the meeting, the Company representatives were also given the opportunity to ask and raise any issues and seek further clarifications as Government sought to work with everyone including the SOEs collaboratively to ensure the Pacific games was a success beyond.