Continue to reflect on the Oath of office you take to ensure that you maintain the standards that the community expects of you, a strong statement uttered by the Commissioner of the Royal Solomon Island Police Force (RSIPF) Mr. Mostyn Mangau during graduation ceremony held at Rove police headquarters on 25 February 2022.

Mr Mangau says, “I wish to remind you that there will be times when your integrity will be challenged, when wantok culture will make it difficult for you. I ask you to remember that you are entrusted to rise above these pressures and uphold the laws of this country in a manner that is fair and equal to all. To do otherwise demands you personally and also your position as a Police Officer.”

He says, “I trust that you will build on your experiences at the police academy and quickly progress to become an effective police officer in Honiara and in the provinces where you will deploy during your two years’ probation. Do not let yourselves down. Having gained a good foundation at the Academy I urge you to continue to learn and show the level of discipline and professionalism you have demonstrated over the last 26 weeks of training.”

Minister of Police, National Security and Correctional Service, Honorable Anthony Veke as the guest of honour during graduation ceremony says, “I wish to encourage you to stand tall in your policing work. Be a fighter and a defender in maintaining law and order, peace and security of our beloved country. When you stand tall with your work, you are standing up for our country in honor, courage and integrity.”

“Therefore as your Minister responsible for the police, I must register our pride in having you on board. We honour and thank you for choosing police service as your career.’

Minister Veke encourages the graduates to continue to learn and show the level of discipline and professionalism they have attained at the Academy during the recruitment course.

The Minister acknowledged and thanked the families of the graduates for their support in ensuring that their graduating family members successfully completed their recruitment course. He further thanked the Commissioner of Police and his executive’s members, the support programs and the staff of the RSIPF Academy who have worked and guided the graduated the past 26 weeks.

Mr. Veke says “I would like reiterate my Ministry’s pledge to continue supporting the needs of the RSIPF in years to come.” 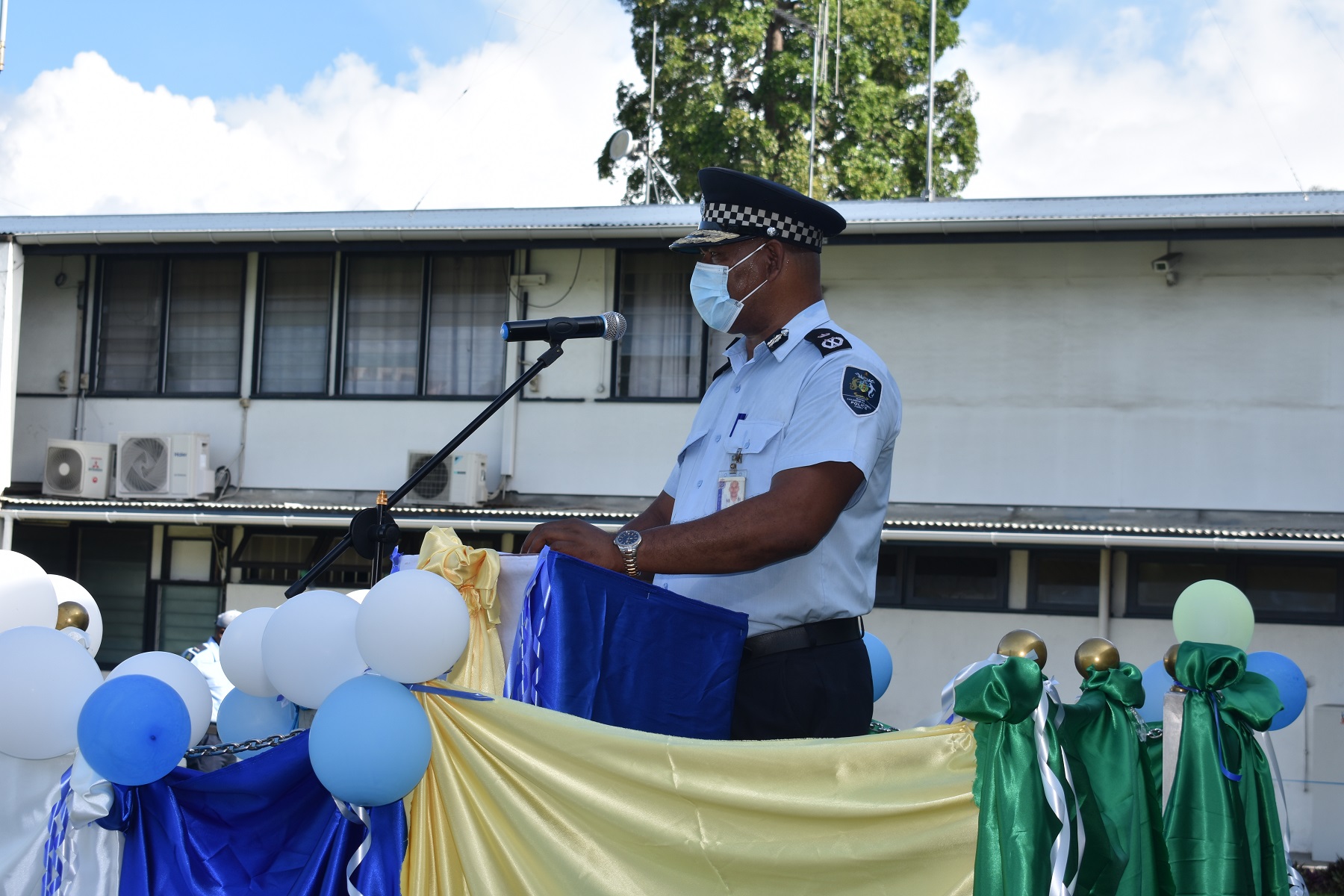 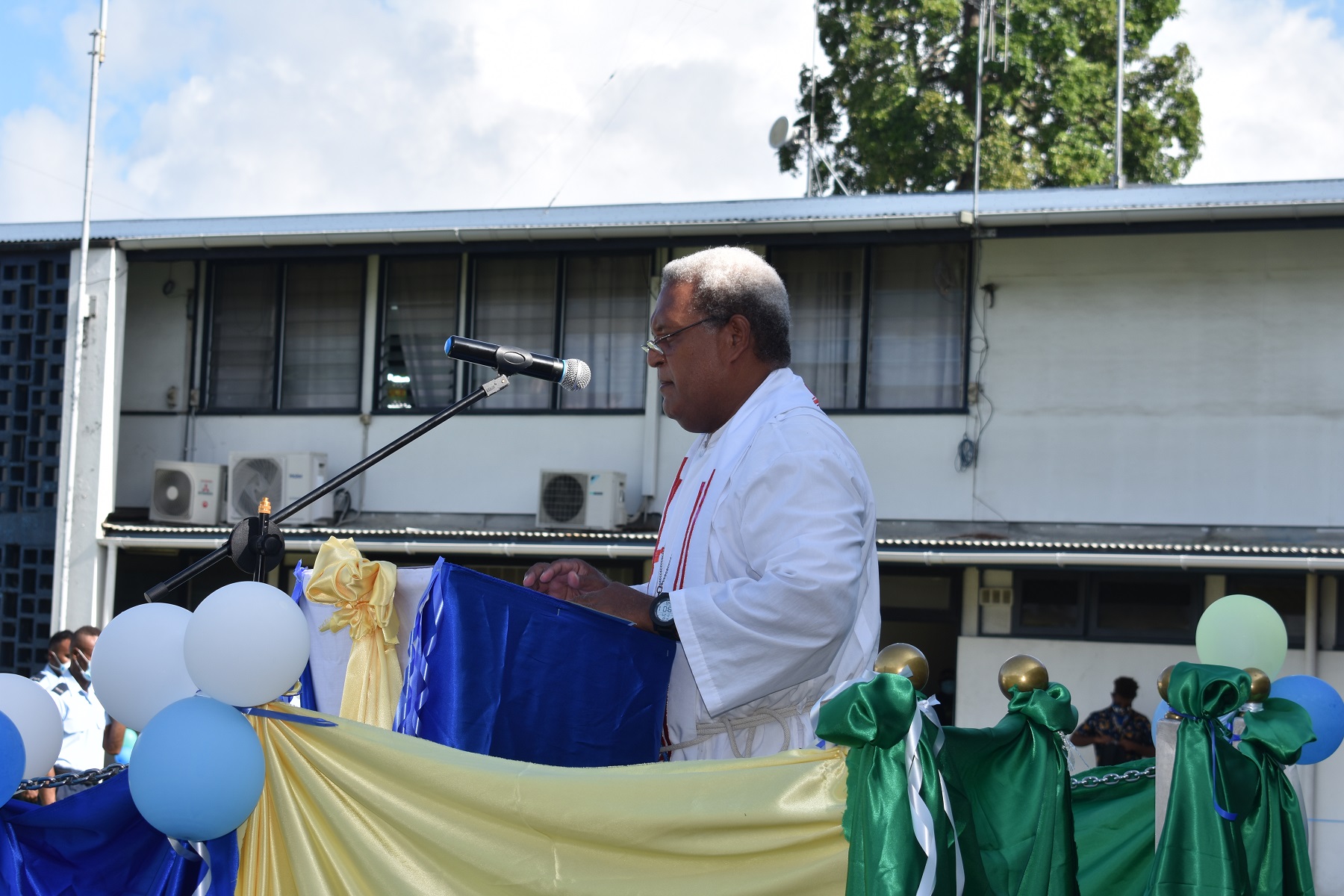 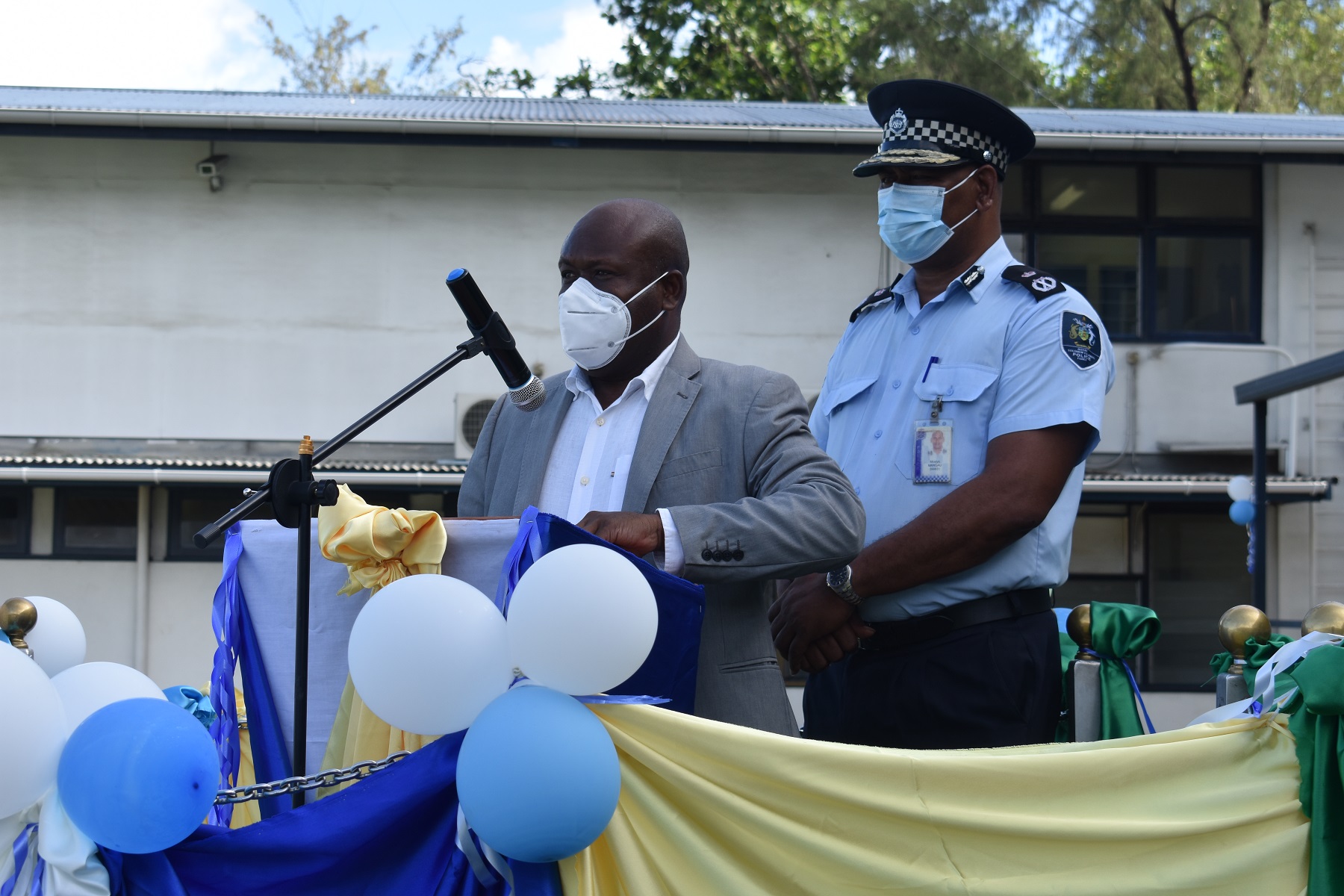 Minister of Police,Hon.Anthony Veke speaking during the graduation ceremony at Rove Police Headquarters 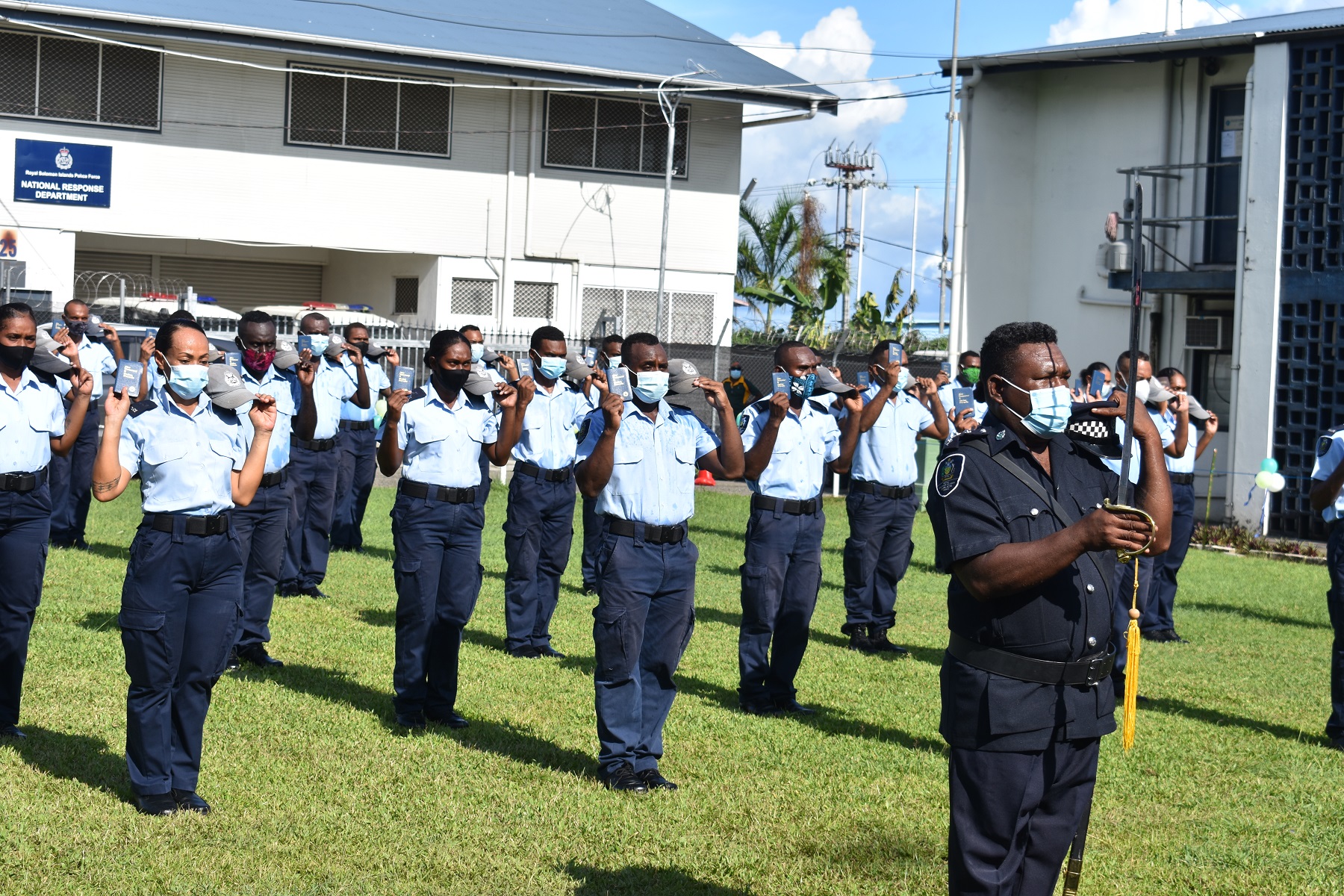 Graduants taking oath at the ceremony 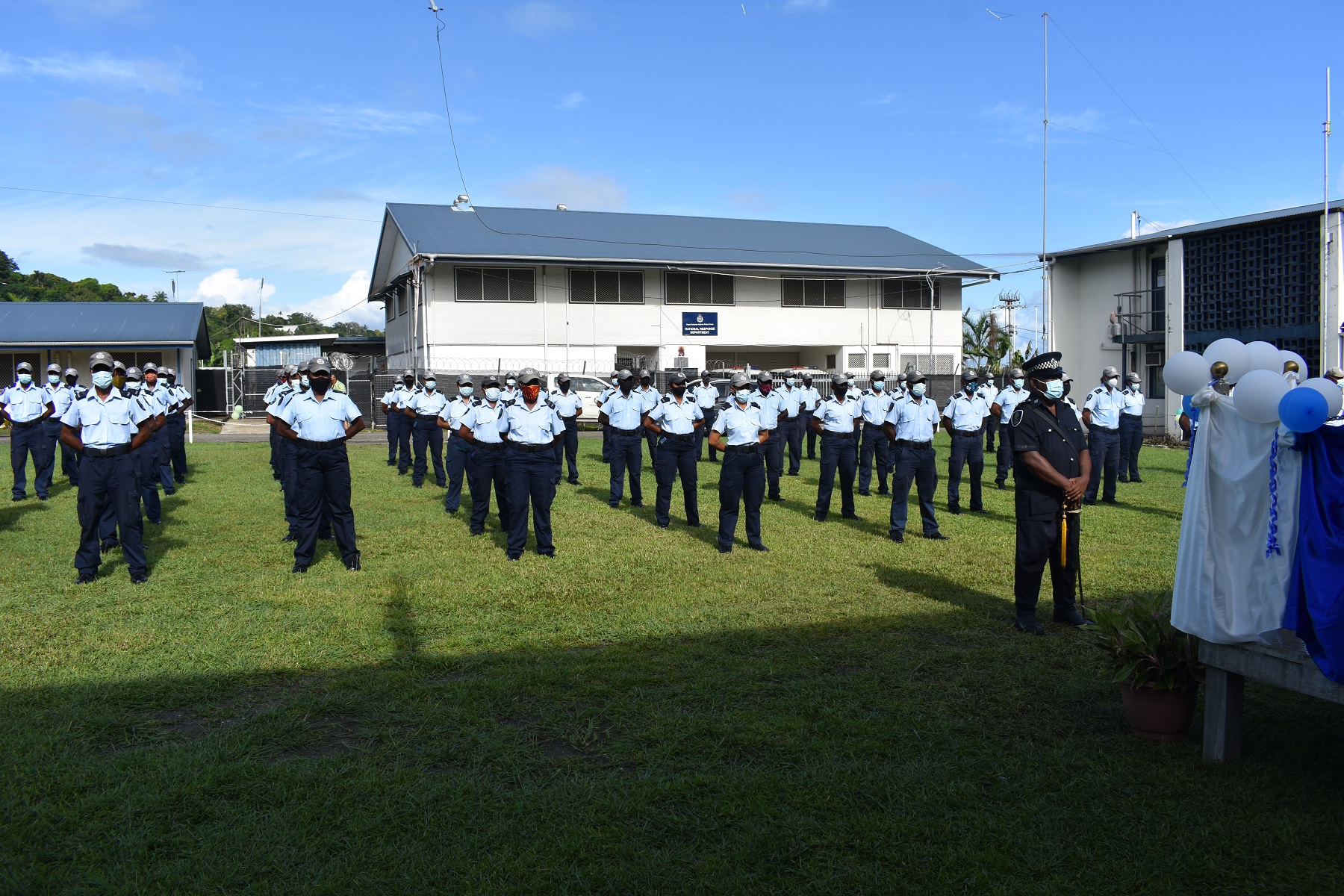 Graduants at the official ceremony at Rove Headquaters